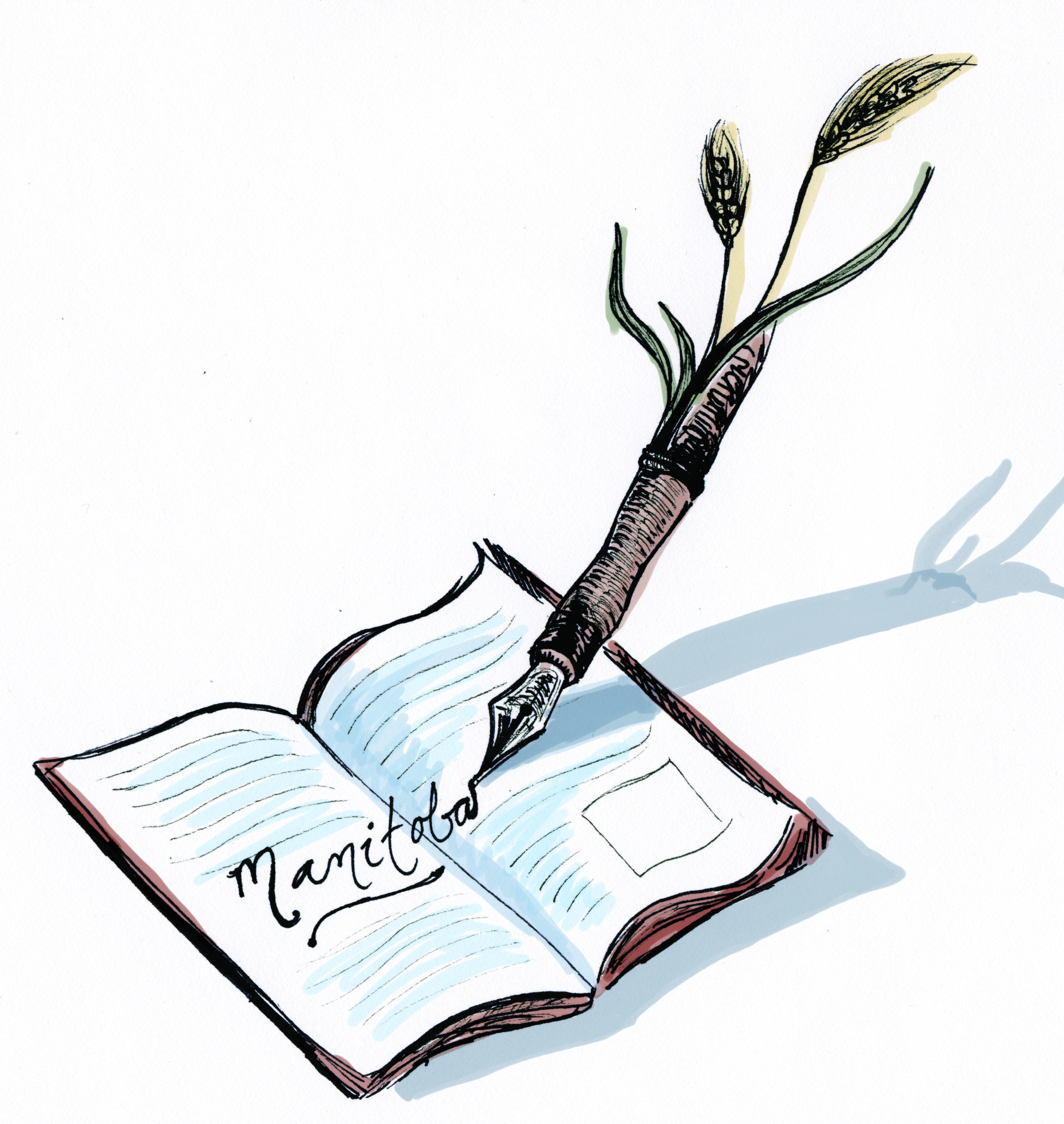 From Willa Cather to Guy Maddin, the Great Plains provides inspiration, madness and solace for artists. For decades the Manitoba Writers’ Guild has given support to them.

Finding an audience can be tough for an author — especially an unknown one — so one of the goals of the exhibit is to showcase Manitoban writers from the past and present that the organizers feel worthy of attention.

Shelley Sweeney, head archivist, elaborates, “People like E. Cora Hind, while famous in their own day, are not known by young people today. Francis Marion Beynon herself has been dubbed ‘the forgotten suffragist.’ For others like Jewish writer Sheldon Oberman, people may know of his name but not the breadth of his work.”

Budding authors who wish to embark on a writing career can find inspiration in Manitoban culture.

Manitoba’s diverse community has given even more artistic perspectives.

“There has been a very strong showing by Icelandic, Mennonite, Franco-Manitoban, Ukrainian and other ethnic and Aboriginal communities, who have been influenced by these communities in their writing,” Sweeney continues.

People who are curious about writing, or wish to become authors will be best served contacting the Manitoba Writers’ Guild. While authors can strike out on their own, the Manitoba Writers’ Guild serves as a great resource with workshops and advice. There is also a special membership fee for students and those on fixed incomes. Membership benefits include a free half-hour legal consultation on writing and publishing, eligibility to apply for the Sheldon Oberman Mentorship program, the ability to work one-on-one with an experienced writer, and a newsletter, which discusses writing news, contests, and markets.

If you aren’t Winnipeg-based, a writers group in Brandon and the Lake Winnipeg Writers’ Group serve as alternative Manitoba writer’s resources.

Sweeny recommends, “Publications by Turnstone Press, the literary journal Prairie Fire, and the University of Manitoba’s Mosaic, Contemporary Verse 2: The Canadian Journal of Poetry and Critical” as examples of great local writing talent.

The exhibit Prairies, Pens, and Poets can be found at the University of Manitoba Archives & Special Collections, 330 Elizabeth Dafoe Library, on the third floor, to the left of the Icelandic Reading room.  Due to renovations at the library, the building can be accessed from the back door which faces the “B” parking lot. The Archives can be reached at 474-7913 for questions and additional information.