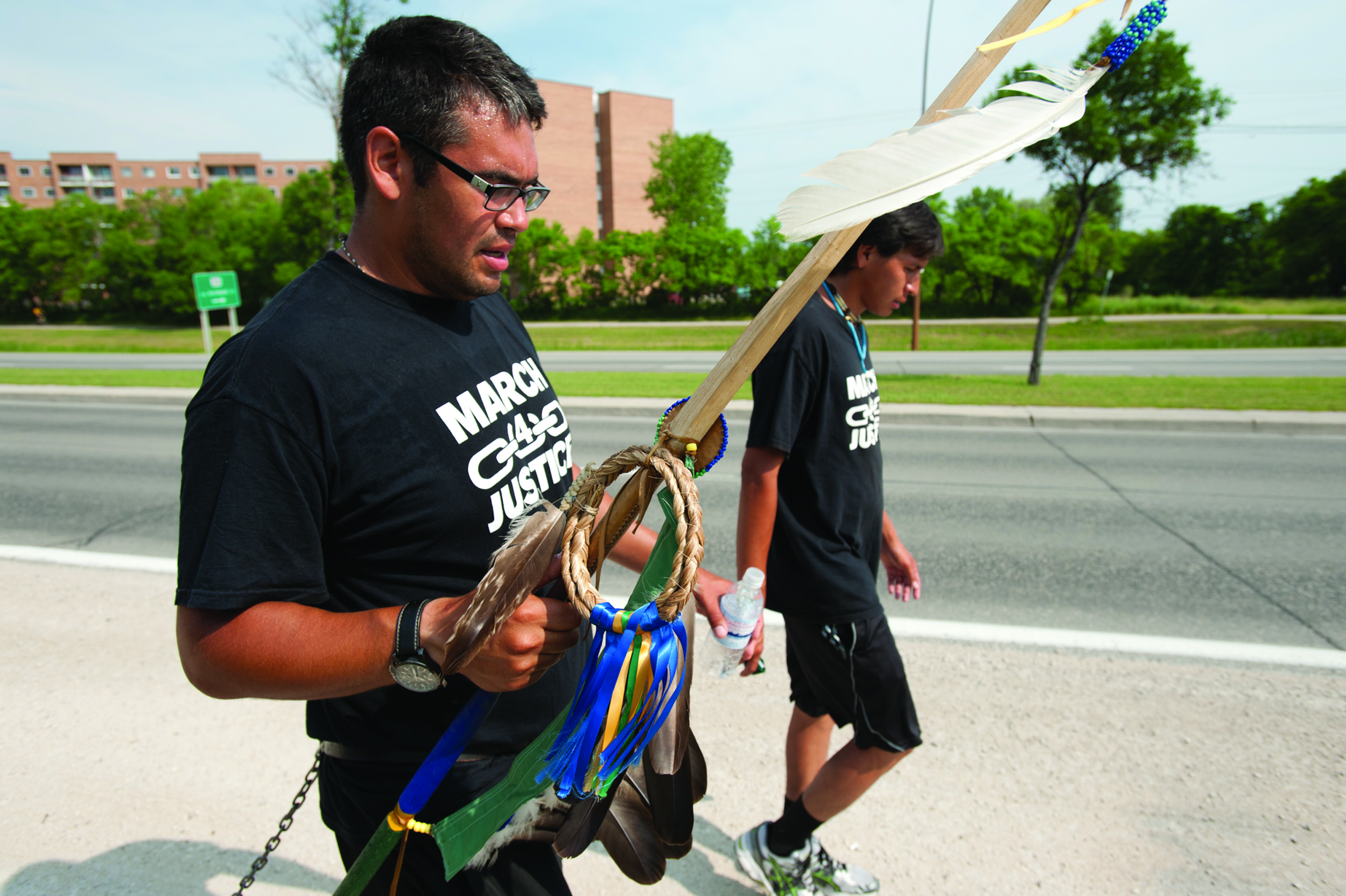 Leo Baskatawang made a stop in Winnipeg during his march across Canada, named March 4 Justice. This journey is an effort to protest Aboriginal issues in Canada.

He began his march in Vancouver on April 23. Baskatawang , a U of M graduate student in Native Studies, states that this journey is a result of the ineffective meeting between Shawn Atleo, National Chief of the Assembly of First Nations, and Stephen Harper on Jan. 24.

The meeting between Atleo and Harper was described as historic but, according to Baskatawang, merely resulted in a year of shelving crucial Aboriginal issues with the plan to reconvene in 2013 for a progress report.

The U of M student argues that systemic ails such as alcoholism, disease, and unemployment are all effects of the Indian Act and Canada’s colonial history. Baskatawang’s response to the effects of the legislation is the March 4 Justice. Baskatawang contends, “If you want to create change, you have to go out there and get change yourself […] you can’t sit back and expect the change to come to you.”

Aboriginal Peoples Television Network reports Baskatawang as stating that the Indian Act aims to “form our identity and how we are supposed to live our lives.” He suggests that the Aboriginal peoples, in consultation with the government, must create alterations to the Indian Act.

Baskatawang is also gathering signatures on a petition in order to manifest his goals. He believes that this petition will show the government the will of Aboriginal people. He aims to accumulate 100,000 signatures during his march.

Baskatawang states that he has been stopping at different Aboriginal communities during his march to speak about his journey and about the history of Aboriginal peoples and their oppression in Canada.

March 4 Justice faced opposition when Baskatawang was arrested in Portage la Prairie on June 29. The arrest was due to a breach of his probation from a 2007 assault conviction in Tennessee. He spent three hours in custody until his release. Baskatawang believes that this arrest was politically motivated as a government attempt to delay the march.

Baskatawang hopes to arrive in Ottawa by Sept. 3 where he will conclude his protest with a rally. He can be followed on Twitter at twitter.com/march_4_justice and on Facebook at facebook.com/March.4.Justice.