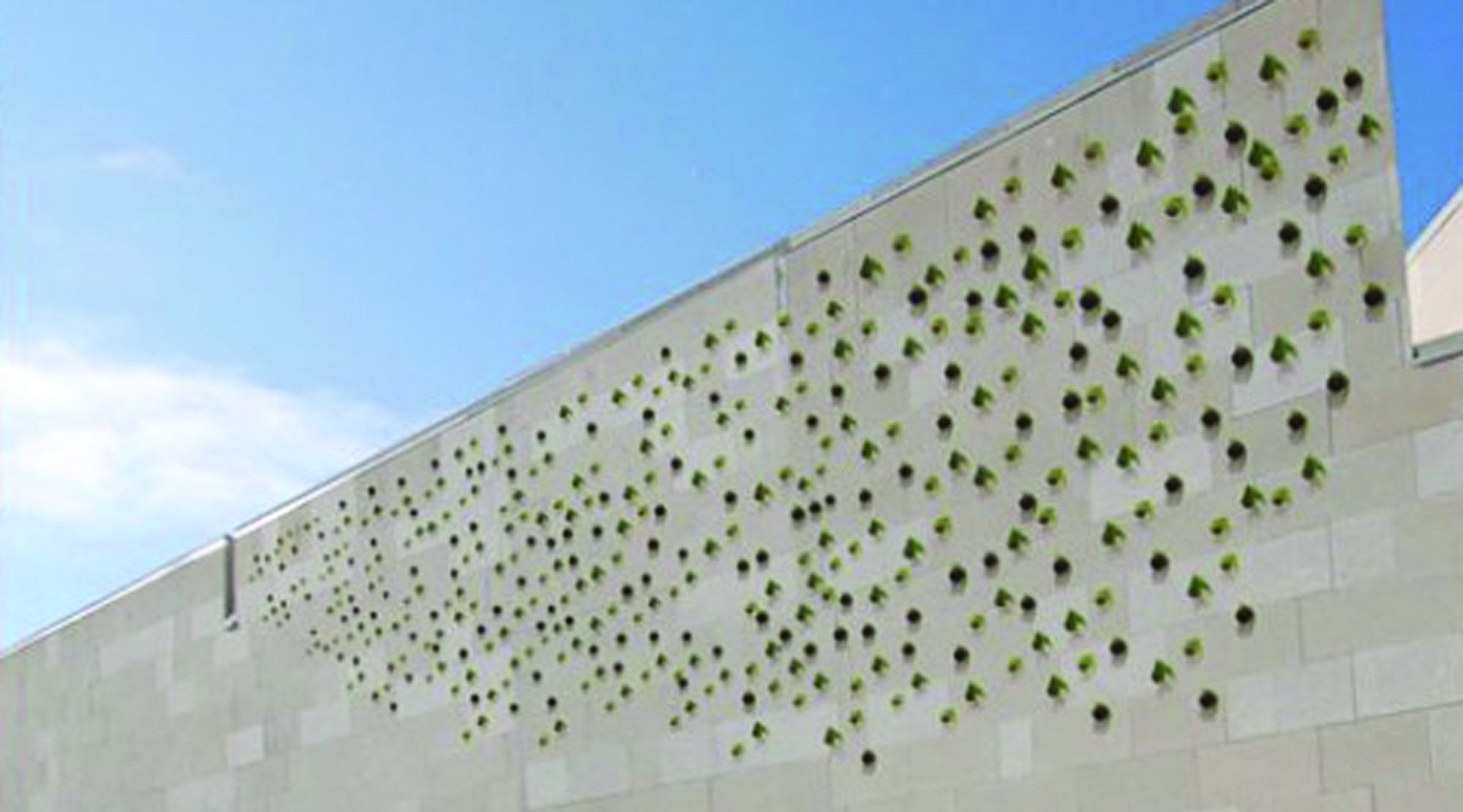 Ewa Tarsia is bringing a taste of the outdoors into the Winnipeg Art Gallery. Throughout the summer, the local artist is showcasing her latest exhibit, “Green… Grass… Dot…,” which spans both the interior and exterior spaces of the WAG. The exhibit is a further expansion into the “dot” theme, which has been prominent in her recent works. The theme initially started with her 2007 exhibit, “Untitled Dot,” a series of prints showcased at the Martha Street Studio. From there, she decided to expand on her vision.

“I continued with more and more dots and now I’m almost obsessed with the dots, I see dots almost everywhere,” Tarsia laughs.

Known primarily for her printmaking and paintings, her latest project is a huge artistic transgression. It is a collaboration with 5468976 Architecture Inc., with whom she has worked with in the past. In the winter of 2010, they installed “Sunspot”, a large, structured, orange sphere hanging from the Forks’ Historic Rail Bridge. It served as part of the “Warming Huts” exhibit along the river trail as an interpretation of the sun, the largest heat source. “Sunspot” inspired Tarsia to keep moving forward with the “dot” theme.

“That was the first big dot and it became so clear to me to continue this.” Tarsia was excited to work with 5468976 Architecture again on her latest project and says that to her, “they are very indispensable. I like working with them.”

“Green… Grass… Dot…” combines two of Tarsia’s greatest passions — art and the environment. According to the WAG, the exhibit “connects her installations and paintings like a green line connecting the dots.” Tarsia’s works are known for their modern, unconventional take on landscape and nature. She dedicates all her pieces to the environment and is inspired not just by plant life, but by all living things. She says that this latest exhibit definitely takes in elements from her own garden, which has been featured numerous times as part of the Winnipeg Symphony Orchestra Garden Magic & Music tour — and is far from traditional.

Like Tarsia’s garden at home, she describes the exhibit as being unconventional, yet still cohesive. She says, “It’s more like a sculpture.” The exhibit consists of a combination of both organic as well as synthetic materials. Recycled synthetic trees are lined up along the gallery’s staircase; living terrariums hang on the rooftop.

Tarsia’s passion for this project — her most complex installment yet — is evident in her voice as she excitedly says, “You have to see it!” She wants visitors of her exhibit to build their own interpretation of it and to build their own vision.

When asked about whether she is worried about some of the living pieces wilting prematurely before the exhibit’s end, Tarsia’s dedication to her work is subtly revealed as she casually replies, “Whatever will be will be. It’s a process of doing things and then if I have to replace something or if it’s damaged by the extreme weather, well I’m ready to work all summer.”

It seems that Tarsia is fully set to take on two roles for the summer — both as artist and as gardener.

“Green… Grass… Dot…” will be showcased at the Winnipeg Art Gallery from July 15 to Sept. 15.