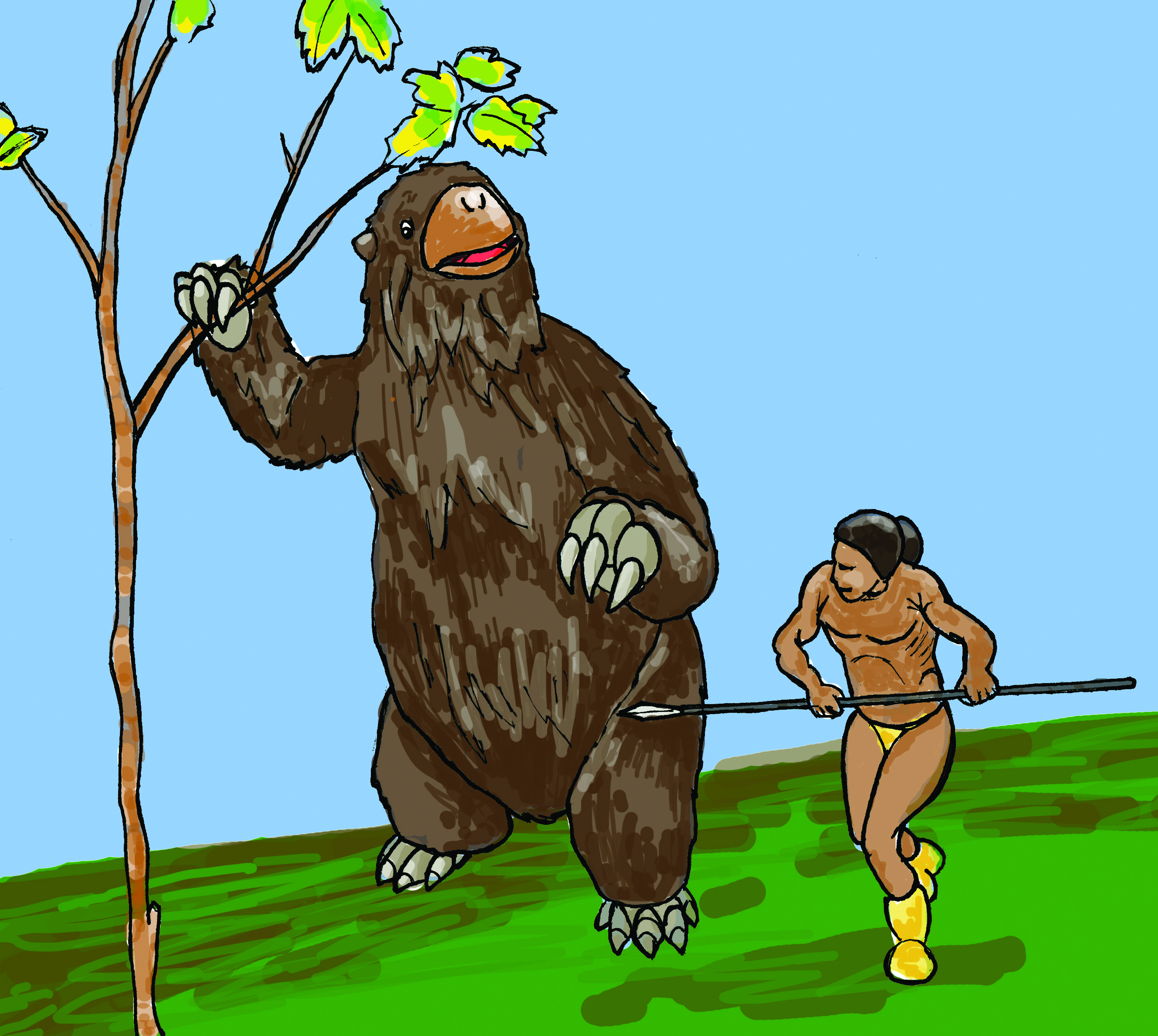 Collaboration between the University of Manitoba and the Cleveland Museum of Natural History has shed light on prehistoric human life in the area of what is now Ohio. Published in the Feb. 22 issue of World Archaeology, the study “New evidence for Late Pleistocene human exploitation of Jefferson’s Ground Sloth (Megalonyx jeffersonii) from northern Ohio, USA” produced the deduction that scratches found on the femur bone of a ground sloth were caused by rock-based tools of prehistoric hominids. This research provides the earliest evidence of prehistoric human activity within the Ohio area, as well as the first proof that the ice age sloth was a hunted animal in North America.

The bones studied were that of a Jefferson’s ground sloth, or Megalonyx jeffersoni, a large and heavy prehistoric mammal that went extinct roughly 10,000 years ago. Named after its discoverer, U.S. founding father Thomas Jefferson in West Virginia in 1797, the Jefferson’s ground sloth were herbivorous creatures found in the woodlands of North America. While it is said that ground sloth originated in South America, fossils of the mammal have been found in the central and eastern United States, and range as far north as the Yukon and Northwest Territories in Canada.

The fossils studied were discovered in 1915, only to be forgotten about at the Firelands Museum in Norwalk, Ohio. In 1998, the fossils were re-examined. Upon microscopic analysis, the team noted 41 incisions on the left femur bone of the sloth fossil. Using radiocarbon dating on the femur bone, a method used to determine the age of the bone, the researchers concluded that the bone is between 13,435 and 13,738 years old.

“That’s 700 years before the traditional dates for Clovis, the earliest humans in that region,” explained University of Manitoba archaeologist Haskel Greenfield in an interview with the Manitoban.

Lead author Brian Redmond, of the Cleveland Museum of Natural History, called in Greenfield to investigate the bone, to determine the etiology of the scratches. Greenfield is a professor in the department of anthropology, he specializes in archaeological faunal analysis, spatial analysis, geophysical instrumentation and ancient butchering technology.

Do these bones show signs of having been flayed by prehistoric man-made tools, or are these markings perhaps the product of weathering in sediment over time? Greenfield stated that the study was cautious about publishing their findings without firm evidence, as it would have great implications regarding the presence of human activity in the area, predating that of the Clovis.

His task was to determine whether stone tools of pre-Clovis humans made the scratches and grooves.

“Clovis” is the name that archaeologists have ascribed to what were previously believed to be the first humans in North America. Looking at each independent incision on the bone, Greenfield was able to confirm which marks were modern and which marks were ancient based on their unique patterns and grooves. Greenfields also observed “very patterned butchering marks,” which indicate that the animal was chopped up.

After advance morphological analyses, researchers concluded that the marks provide convincing evidence of the hunting and/or scavenging of ice age ground sloth within the area. Only having part of the skeleton to investigate, the exact context of the meal remains uncertain. What is clear is that there was an attempt by prehistoric humans to separate the limbs from each other and filet meat off the animal using stone flakes or blades.

While Greenfield said there are no firm plans for further studies of these ground sloth bones, he is in talks with his colleagues to perform an isotope analysis on the bones. The isotopes would provide information about the ground sloth’s specific diet as well as its habitat.

Greenfield and many of his colleagues are continuing to study prehistoric sites in hopes to find further evidence of pre-Clovis life in North America. One such study concerns a Mammoth kill site in Mud-lake, Wisconsin, which, similar to the sloth study, features the markings of butchery on the woolly beast’s skeletal remains. According to Greenfield, these particular findings are in the process of being published; they predate the Clovis period by approximately 1,000 years, providing more promising evidence of a pre-Clovis presence in North America.