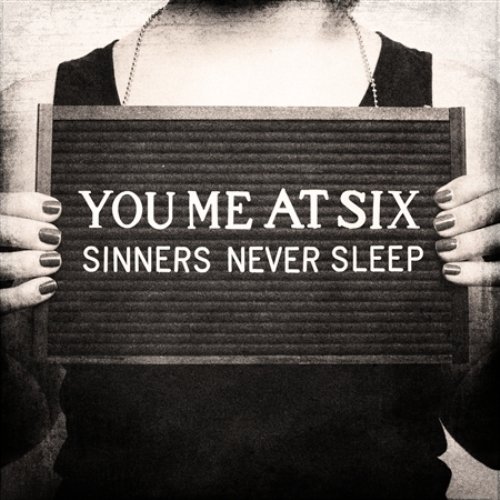 The British band You Me at Six released their third album, Sinners Never Sleep, on Jan. 24.

The new album opens up with the hit song “Loverboy,” an enjoyable tune with good lyrics. Out of the whole album, I mostly enjoyed the second song, “Jaws on the Floor” — only 2:45 long, making it the shortest song in the album. It was definitely worth the listen.

The majority of the songs have the same tone of voice; it is kind of like listening to some of the songs all over again, but with different lyrics.

One of the slower songs on the album is “Little Bit of Truth,” which is a bit lovey-dovey but sounds good, reminding me of Snow Patrol. It is a smoother song, unlike “This is the First Thing,” which starts off slow but speeds up near the middle.

Lead singer Josh Franceschi’s voice seems 10 times more attractive in the slower songs, as opposed to the more punk ones.

Sinners Never Sleep is a good album with impressive variety, better than You Me at Six’s previous album, Rescue Me.

Hurl from a top window