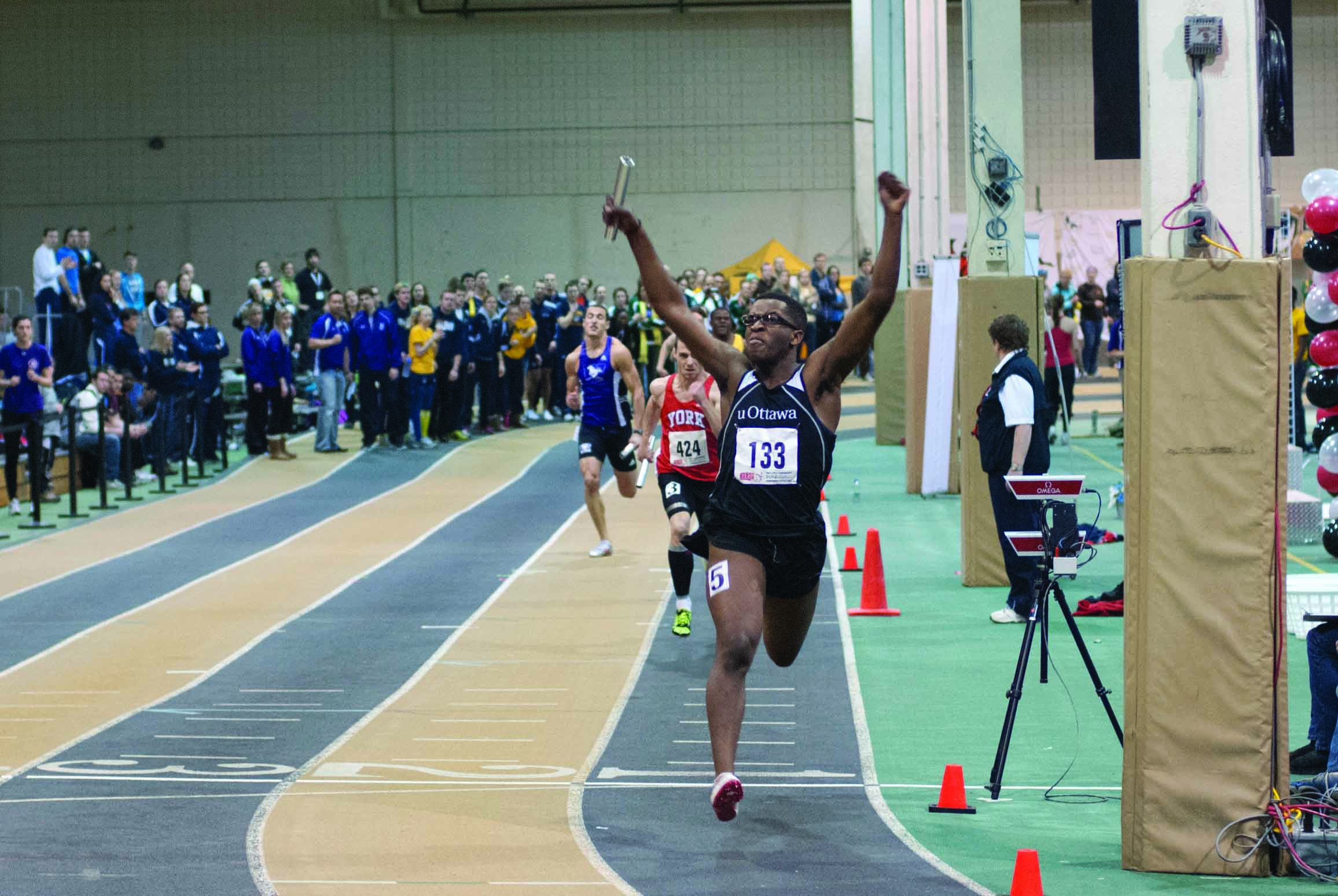 During the 2012 CIS Track and Field Championships held at the University of Manitoba March 8-10, the top amateur athletes from Canadian universities competed for gold at the indoor Max Bell Field House.

However, public awareness for the event was tepid — or at least it appeared that way to some competitors. Limited visibility of athletics in media can create financial burdens for athletes during training. With the London Summer Olympics just around the corner, now is as good a time as ever to talk about supporting track and field athletics year round.

University of Western Ontario student athlete Morgan Hall stated that finances are a concern for many athletes: “Track and Field isn’t a big money getter here in Canada as it is in the States. I know speaking to a few friends of mine, that’s the biggest concern. They don’t have the money to get to competitions. They don’t have money for training facilities; it’s really, really hard. Essentially you can’t be a full time worker and full time athletes. A lot of high school kids dream to go down to the States to compete.“

What a shame. If Canadian kids are moving down to the United States because they can’t afford to compete at a high level at home, something should be done. Media exposure may be part of the solution, as advertising dollars and sponsorships help amateur athletes immensely. However, replacing curling coverage with long jump on television isn’t easy.

“From what I’m told it’s not as easy to package athletics into a TV deal as other things,” said Claude Berube, the head coach for the Manitoba Bisons Track and Field team.

Berube did add that comprehensive media coverage has happened, if not on a consistent basis: “In 1995, when we hosted the CIS here, Shaw did daily full coverage. It can be done.”

Even though supporting athletics in media and financially might not seem viable in the short term, it must be undertaken. Some of the athletes at the CIS Championships will likely go on to compete in the Olympics and other international athletics events on behalf of Canada.

“If the government wishes to have Gold, they should put more money in. They have these on the podium programs which they put money geared towards the top athletes in the world, the ones who will get onto the podium,” commented Berube.

“You can’t get to the podium unless you get the experiences and being able to train full time. It’s always the age old answer: put more money into it.”

It’s funny how the issues boil down to one thing: money. If the public is unaware about the sport, it should be broadcasted and promoted. Since they aren’t and it isn’t, public awareness outside the track and field community is limited. Allowing our athletes to excel will require money. Thankfully, many compete anyways due to its general accessibility and exposure to the sport at a young age. The next generation of kids needs to be supported by Canadians culturally, emotionally and financially if we want to reach the podium on the international stage.