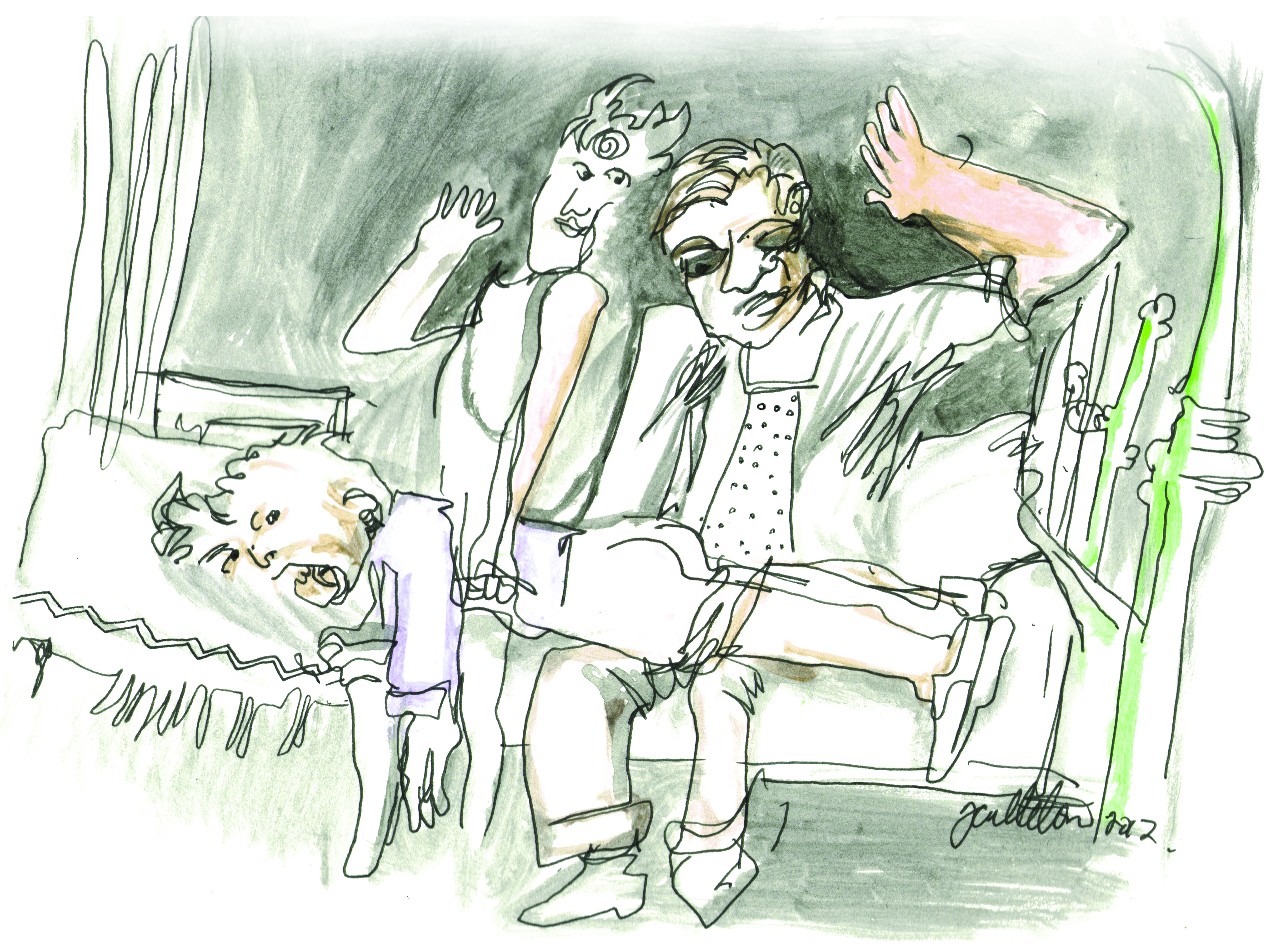 A study published on Feb. 6 in the Canadian Medical Journal claims: “Numerous studies have found that physical punishment increases the risk of broad and enduring negative developmental outcomes and poses only risks to [a child’s] development.” Primary authors of the meta-analysis “Physical punishment of children: lessons from 20 years of research,” Joan Durrant, of the University of Manitoba’s faculty of human ecology, department of family social services, and Ron Ensom carried out a comprehensive review of the last two decades of child behaviour research, amassed from various fields of study, focusing on corporal (or physical) punishment and its associated consequences on childhood development.

Durrant is a clinical child psychologist by trade, but has been at the U of M for over 20-years, conducting multidisciplinary research on the phenomena of physical punishment of children. Much of her research has focused on studying Sweden’s social system and its “astronomically” lower levels of crime and child abuse, when compared to North America.

According to Durrant and Ensom’s paper, a study of over 800 children in 1997 found that — even after variables like sex, anti-social behaviour, family socioeconomic background, and the level of emotional and cognitive nurturing that went on in the home were accounted or controlled for — physical punishment carried out in between the ages of six and nine foretold “much higher levels of antisocial behaviour two years later.”

Perhaps the most ubiquitous and falsely condoned physical punishment against children — spanking — is also discussed. For example, Durrant and Ensom observe how, “The Canadian Paediatric Society, ‘strongly discourages [original emphasis] the use of physical punishment on children, including spanking.’ The American Academy of Pediatrics cautions that ‘corporal punishment is of limited effectiveness and has potentially deleterious side effects.’”

Studies in the past decade have supported this contention. Elizabeth Gershoff conducted a pivotal meta-study, along a similar vein to Durrant and Ensom’s, in 2002. Her meta-analysis of 27 separate studies on corporal punishment found — after correcting for variables like sample size, ages of children, etcetera — that a “significant positive correlation” was present, indicating a strong relationship between aggressive/physical disciplinary measures and a child’s developing antisocial behaviours.

On Feb. 8, Durrant spoke with the Manitoban about the release and reception of her new study, and why Sweden is looked to as such a successful model with respect to reduced rates of crime and child abuse. Here is a portion of that interview.

Bryce Hoye:
What, if any, positive effects have been noted in relation to spanking or physically punishing a child?

Joan Durrant:
Over the long term it doesn’t predict any positive outcomes at all. Although it might — emphasis on the word “might” — get a child to stop what they’re doing in the immediate situation, over the long term it has a lot of potential to be counterproductive.

BH:
There are a lot of people still out there making rationalizations on the behalf of the tradition of physically punishing children, spanking, etcetera.

JD:
I think that belief is very entrenched in our culture and it can take a lot of effort to get people to look at it from another perspective. That’s what’s interesting about Sweden. They abolished all corporal punishment in 1979. They would see this whole debate as anachronistic. I’ve been coming here [to Sweden] for about 20 years and studying this very issue because I find it fascinating that an entire society could just . . . change like that.

To make that change is really fascinating to study because it involves so many shifts in how we think about children, what we think about as their personhood, of their status in the family and in the society.

BH:
In the ’70s when this transition occurred from a culture that permitted corporal punishment against children to one that didn’t — was that change based on empirical research or was it just a cultural phenomena that just kind of happened?

JD:
It’s partly because really early on they realized they didn’t need 20 years of research. They looked at early research and saw the situation and realized this was not a productive thing [using force to discipline].

They were gradually shifting to a view of children as full people: they acknowledged that there was no rationale . . . adults can’t hit each other; kids can’t hit each other, and kids can’t hit adults, but adults can hit children? They thought this was wrong, unjust. And they also thought that if they passed this law they could prevent a lot of maltreatment. If they sent a very clear message to parents — doesn’t matter who you are, [the] law doesn’t excuse you for hitting a child — then that would let people know what the standard was.

Then they said “we’re not going to punish people for this,” because they saw physical punishment as a sign that this is a family under stress: It might be because they don’t have the tools they need to deal with a child’s disobedience in a more effective way; or that there are things going on in their lives that are leading them to a point where they don’t have control of themselves.

So rather than prosecuting parents they implement all kinds of support for families, and try to reduce the lack of knowledge on childhood development that may contribute to physical punishment.

BH:
How does the Swedish government go about doing this?

JD:
For example: they do a lot of education around what’s typical for, say, a two-year old, so parents don’t take their behaviour personally; so they know that they don’t have a bad child and try to beat it out of them; so they know this is normal, it’s not about me [the parent], this is about the child trying to figure out their emotions. Instead of punishing the child they would say “I am going to take this opportunity to help the child understand better what’s going on in this situation, help them learn about their emotions and to gradually give them the skills to regulate their emotions.”

BH:
I suppose this is presumptuous to say, but I would assume that there are countries in Europe that are slightly more enlightened on this issue and crime in general than Canada and the U.S.

JD:
That’s true. Particularly in the Scandinavian countries; they’ve taken a lot let less punitive approach to a lot of things. So, if someone breaks the law, there’s punishment of course, but they’ve tried to do things that are less damaging to a person’s life so that they can recover more easily and reintegrate. They have an astronomically lower crime rate than the U.S. They also have an extremely low rate of child abuse fatalities.

In Manitoba we hear several times a year of children being beaten to death. Since 1975 there has been no more than one child die in any given year that way in Sweden, and most years there’s been zero. They went 15 years straight for one stretch of not a single child being killed in this way. You can’t explain that through population difference because the population there is 10 million . . . our rate of child abuse deaths is a lot higher.