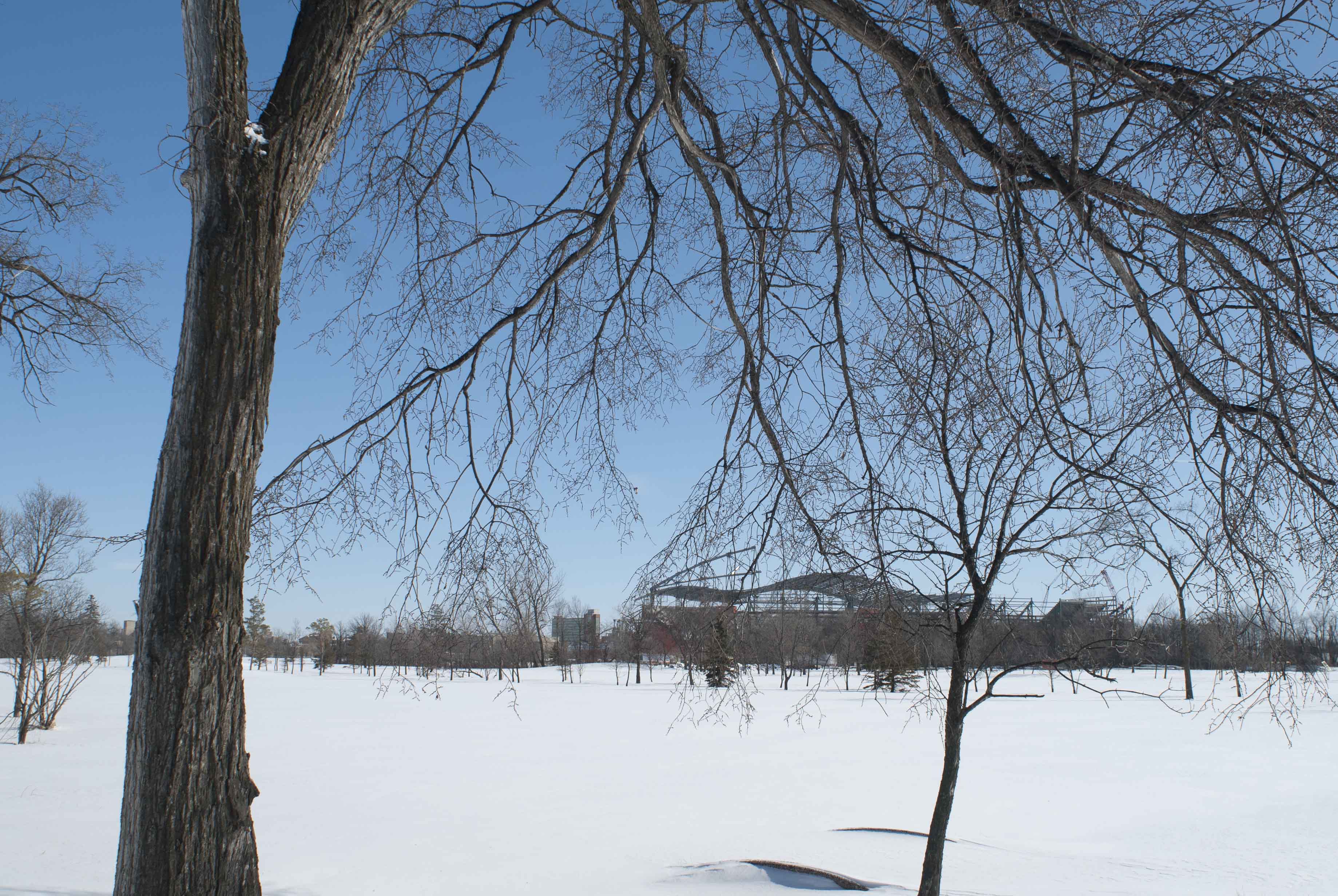 A view of the Southwood golf course land

The University of Manitoba will be launching an international competition to come up with an area master plan as part of the next steps in the development of the Southwood lands.

“The idea of using a design competition to come up with a master plan . . . hasn’t been explored in Winnipeg to date,” said Michelle Richard, director of the Campus Planning Office (CPO) at the U of M.

Richard said the idea is to provide the challenge to an international audience of varying disciplines — such as architects, urban planners and landscape architects.

Richard said they are hoping to launch the competition within a year.

The university took possession of the old Southwood golf course at 101 Markham Road in November.

“Development is years away so what we’re focused on right now is making sure that planning process is the best it can be,” Richard said.

Richard hosted an event on Feb. 7 to engage the community and stakeholders about the development of the Southwood lands.

Richard said she thinks the event was “fantastic” and the outcomes will help the university move forward with the planning process.

Richard said principles that came out of the workshop for what is developed on the land are “live, work, learn, play,” green, open landscape and the river.

Richard explained the idea that the city should be refocusing itself to look at the river and treat it as a public amenity.

“We are committed to making sure the site is about connecting communities and not about isolating them,” Richard added.

“This is the kind of stuff you dream about when you’re in planning school . . . so this is a pretty exciting opportunity,” said Richard.

Camilla Tapp, UMSU president, said UMSU has been involved in the planning process through the CPO and discussions on the Board of Governors.

Tapp said there have been “high level discussions” about what will go on the land and UMSU is raising the need for student housing.

Tapp explained students have difficulty finding a place to live in Winnipeg and this can discourage them from going into post secondary education.

John Wintrup, principle planner for the city of Winnipeg, said the city is involved with the development by providing the U of M with tactical information about the land.

Wintrup explained the lands are currently zoned for parks and open space so if the U of M wants development of any kind they have to get permission from the city.

Wintrup said the development “could really rival The Forks in terms of well designed, well appreciated community use.”

John Sinclair, chair of the U of M’s sustainability committee, said the committee has not discussed the Southwood lands specifically but they will be looking at it as development progresses.

Sinclair said the committee’s vision is to have anything the university builds take into account resource conservation, environmental stewardship, and preserving and enhancing historical and ecological areas on campus.

Sinclair added that when the committee did consultations for the sustainability strategy there was a lot of interest in the Southwood lands.

“There’s clearly . . . very strong support for anything that’s undertaken there to be undertaken in the sustainably way,” Sinclair said.

Mark Cohoe, city committee director for Bike to the Future, said he thinks the development is an opportunity to show a new concept of living in Winnipeg that he hopes can move beyond the U of M and be picked up by other developers.

The curtain closes, for now

Letter from U of M president Michael Benarroch