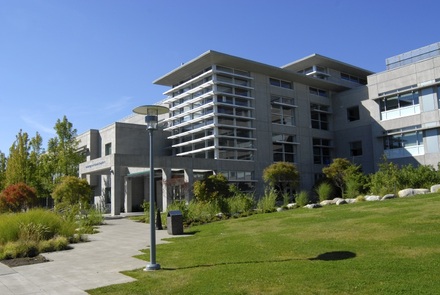 BURNABY, B.C. (CUP) — A research team at Simon Fraser University has created a treatment that may slow down or even prevent Alzheimer’s disease.

David Vocadlo, a chemistry professor at SFU and Canada Research Chair in chemical glycobiology, led a team of seven researchers on the project. Vocadlo specializes in the structures and roles of carbohydrates in biology, bringing him to this project and breakthrough. The team’s paper, “Increasing O-GlcNAc slows neurodegeneration and stabilizes tau against aggregation,” has been published in the latest edition of Nature Chemical Biology.

It’s known from previous research that the impaired use of glucose in the brain is an early feature of Alzheimer’s. This decreased ability to use sugars in the brain potentially leads to clumping of a protein called “tau.” According to Vocadlo, it is this clumping of tau that causes the death of neurons in the brain, the process that leads to these impairments. This degeneration causes many different brain diseases and deficiencies such as motor control impairment, dementia and Alzheimer’s.

The SFU team has been working since 2008 with the basic idea that they could chemically boost sugar levels in the brain to lessen or eradicate the development of these problems. Two researchers in the study, Scott Yuzwa and Xioyang Shan — both of whom were graduate students at the time of the study — discovered that an inhibitor that the team created slows down this removal of sugars from the tau protein. This compound inhibited O-GIcNAcase and increased tau O-GlcNAc, slowing down the formation of these clumps and the resulting neuron death.

The research team completed an eight-month trial, in which several mice were fed the inhibitor while the rest of the mice were not. After the trial period it was found that the mice who had been treated showed significant improvement in the health of their brains; an average of 50 per cent improvement. The mice that were treated had 40 per cent more neurons in their spinal cord, better motor control, and had lost less weight and muscle than their untreated counterparts. Basically, the results showed that the degeneration of their brains had been greatly slowed down.

“I think this could lead to therapeutics that slow down the progression of Alzheimer’s,” said Vocadlo of the results. The SFU team is interested in following up on their previous study to find a stronger treatment that might eradicate the disease entirely in mice.

For now, the goal is to work to improve these results, which may require more knowledge on the specific processes at play. Vocadlo is quick to point out that while this breakthrough has been made, it’s still unknown what causes the decreased ability to produce glucose in the brain. “We need to know at a more specific level what’s going on … We need to understand the process with the sugars better,” he said.

“The key is to be digging in a new area, to be exploring new things. What’s cool isn’t what we know, but what we don’t. There’s so much more that remains.”

The dance revolution keeps on revolving