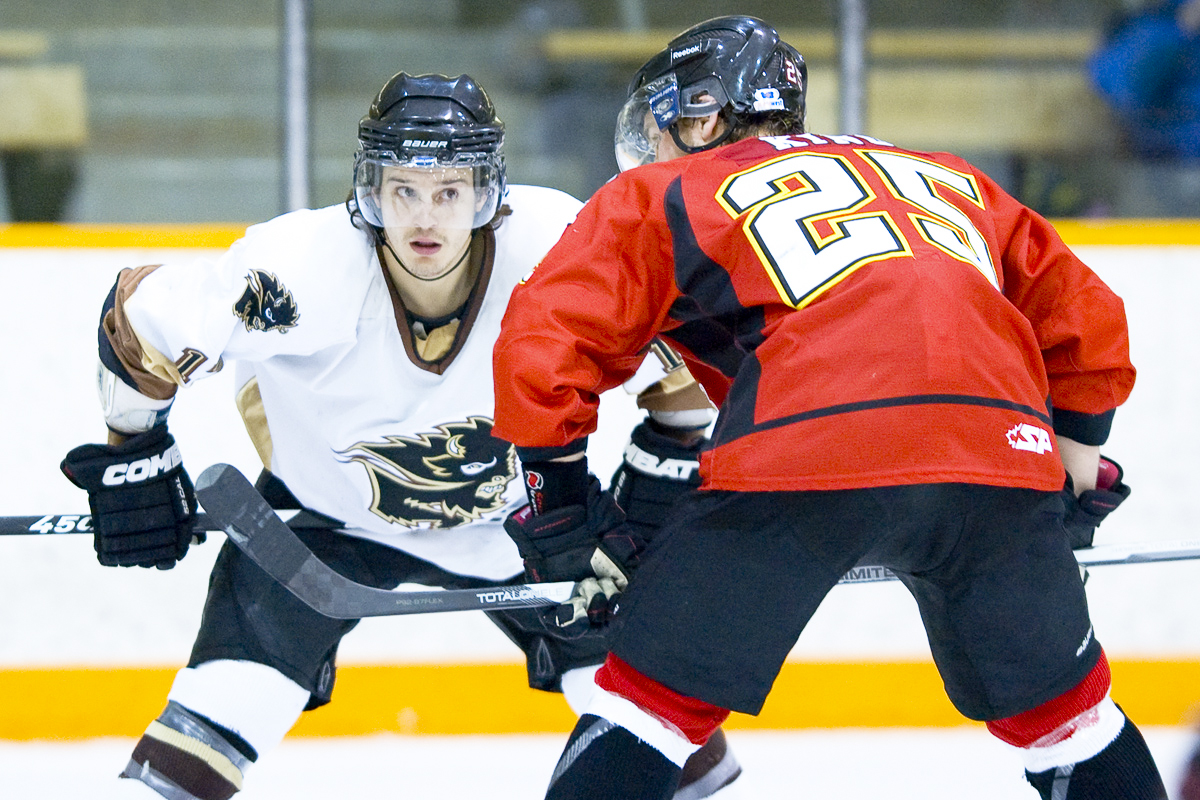 They were well rested, confident and prepared for the challenges that the Canada West playoffs present.

And yet, something went very wrong for the Bison men’s hockey team, who were upset in stunning fashion by the Calgary Dinos in the Canada West semi-finals. After finishing the regular season as the top-seeded team in the conference, the Bisons practiced and healed nagging injuries during a well-deserved first round bye, while the Calgary Dinos took UBC the distance in the first round of playoffs.

Heading into their matchup, the edge would have had to go to the Bisons; they had home ice advantage, were as healthy as possible and had built up a 5-0-1 record against the Dinos through the regular season. Having said that, overconfidence should not have been a factor for a team that prided itself on staying humble and taking things one game at a time.

In the first game of the best of three series, undisciplined play, sloppy passing and a bad bounce haunted the Bisons. In the 2-1 loss, the Dinos outplayed the Bisons to the puck and set the tone early with their physical play, which kept up for most of the game. Both goalies played well through two periods, with Calgary taking a 1-0 lead into the third period, but a quick dump-in got past Bison goaltender Joe Caligiuri early in the third.

A spectacular goal scored on a penalty shot by Jared Walker was the Bisons lone goal of the night, as Calgary took game one.

The following night, the Bisons appeared to have learned their lessons from the night before, setting the tone physically and getting better scoring chances against Calgary’s goaltender, Dustin Butler.

Jared Walker got the Bisons on the board in the first period giving Manitoba the start they needed. Calgary tied the game midway through the second, but Travis Bobbee put the Bisons back in front with 31 seconds remaining in the period.

Calgary took the lead with a pair of goals in the third, and it looked like the Bisons were done. But Travis Mealy kept the season alive as he stuffed the puck past Butler with 1:35 remaining in regulation; the game went to overtime.

Blair Macaulay got a great chance to end the game, as he broke in down the right wing and cut in front of the net, but Butler spread out and stopped him with a pad.

Then the Herd were awarded a power play, and everyone could sense the end was near.
Few could have guessed, however, that the Dinos would jump out on a shorthanded two on one, wherein Brock Nixon would score the series-clinching goal for the Dinos.

The Bison bench sat stunned, as the Dinos celebrated. After the game, head coach Mike Sirant was understandably frustrated, but still proud of what his players had accomplished throughout the year:

“In the pain that we’re feeling right now, we can’t lose sight of how well we played this year and what we accomplished,” said Sirant. But his disappointment was palpable. “From what our players put in this year, and even in this playoffs, I just felt that they deserved better . . . a better outcome tonight.”