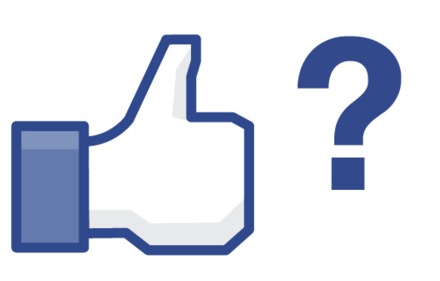 EDMONTON (CUP) — People say you should respect and listen to your elders, as though old people are Yoda, dripping with wisdom that they should dispense every chance they get. That’s bullshit. Old people are some of the least sophisticated and knowledgeable people on this planet. If you want proof, you need only look to Facebook.

For the sake of this argument, I’m going to consider anyone over the age of 50 elderly. We all have old people on our friends list, and they’re usually family members or someone otherwise closely related to us. Yeah, we love them in real life, but they are a plague on Facebook that needs to be deleted.

Old people have no idea how to use the Internet. How many times have you logged onto your Facebook only to see your news feed clogged with stupid status updates and crappy Facebook game notifications from your elderly friends? It’s bad enough when I have to put up with shit from people in my cohort. But when I see old people doing it, I start to seriously doubt the supposed wisdom of our elders.

Did you know that 99 per cent of people won’t have the guts to repost a status about some stupid bullshit about some stupid faux activist cause? I know that they won’t have the guts. I know that because old people post that stuff all the time. But 100 per cent of me doesn’t give a shit. Posting a status about breast cancer awareness or human rights crises accomplishes nothing. Keep that crap off my newsfeed.

Even worse is when they post supposedly funny images from the ‘90s and all their other old-people friends comment on them, explaining how they are so amusing and relevant to their lives. Give it a rest. It’s nice that you finally found your way onto the Internet, but the rest of us saw it years ago.

The elderly can also wreak havoc on Facebook statuses. Nothing diminishes your cool status like having an older relative comment on it. I mean come on, Grandma: I’m stealing quotes about atheism from Richard Dawkins and George Carlin and claiming them as my own so I can show my friends how witty and edgy I am. I don’t need you liking or commenting “lol” or “That’s nice, dear -Love Grandma,” on my status.

And old people love Facebook games like they love going to bed early, complaining about new music and eating mashed vegetables. I don’t really have a problem with that. Sure, Facebook games are stupid and pointless, but to each his own. What pisses me off is the flood of invites I get telling me to join these games.

I don’t need to know how many points you’ve accumulated in Farmville or Mob Wars. Save my fingers the effort of ignoring your invites and don’t send them to me. If you really need to brag about it that badly, you can tell me about it in real life. And even then I’ll probably ignore you.

Facebook is an amazing modern invention that’s being ruined by a bunch of old dinosaurs. I’m not suggesting old people should be kicked off Facebook, because that would be mean. Instead, they should have limited Facebook options. Log on, wish me a happy birthday and then log off. No statuses, no game invites, no comments.

Better wifi for U of M