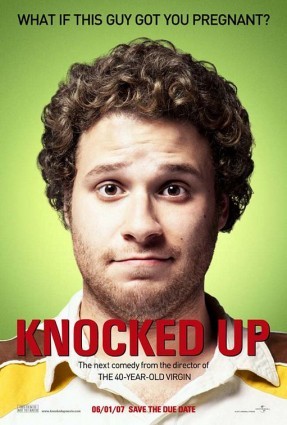 Ever liked a movie that most people seem to hate? Everyone has at least one. Some have several.

Ever hated a movie everyone else seems to love? Again, of course you do. Even Star Wars has its detractors — weird, mole-like detractors with acne who smell like bantha poodoo. Pity them.

These occurrences are in no way weird. But have you ever brought up a movie to friends that you were sure they liked? In fact, you were sure everyone liked?

That’s when it gets weird. But the fact is that sometimes, for usually no good reason, popular movies lose their support over a matter of a few years, leaving you to wonder where the fans, who used to be so vocal, disappeared to. And who are these malicious detractors who have taken their place?

Here are five examples of movies that lost their fanbase suddenly and unexpectedly.

OK, I know what you’re thinking: you can sort of chalk this one up to the relentless over-quoting of lines like, “Very nice!” and “Great success!” (I’m cringing as I type this). However, that doesn’t take away the fact that this is one hell of a funny movie or that it was so freaking popular in its day that it actually won major awards and led to said over-quoting.

However, it’s worth pointing out that despite the tremendous popularity of it, I haven’t encountered a single fan of this movie in years. And when I ask them why they hate it, never does the over-quoting come up. The fans have simply disappeared. On two occasions people have listed this as the worst movie they have ever seen, and the usual response to Borat these days seems to be eye-rolling (which I’m sure had nothing to do with my “my other shirt is on your wife” T-shirt).

This one really bugs me, in a unique way. The film has a great and growing number of people who dislike it intensely. But it’s not the detractors who bug me; you’re free to dislike whatever you want, you strange, art-hating degenerates. What bugs me are the people I know who happen to like this movie. For one reason, even they seem to have gone out of their way to find fault with it. Whenever I mention this movie to someone who I know likes it, they almost always say, “Oh yeah! That was, like, in my top 10 favourite movies, it’s so good.” Then I always follow up with, “Yeah. Did you know Scorsese won the Oscar for that?” To which they always respond, “Oh really? Yeah, I hate career wins.”

What a strange fate befell this movie. When it came out, people were calling it the funniest movie in a long time, a sequel that was even better than the original. I went to it in theatres and will never forget the laughter — it was deafening. Now, just mentioning it makes people groan and say, “Really?” in that long and snobby tone that boils me up inside. What happened?

My theory is that it’s been lumped in with the other sequels. They were failures and people have just decided to somehow forget all the fun they had with Shrek 2 and assume it was just as bad. In fact, you might even be able to add the original Shrek to the mix as I haven’t heard anything positive about that one in a while. Please give this movie another try. It really is beautifully funny and smartly written.

Where did the love go? When this film came out the response was overwhelmingly positive: “It’s so smart!” they said. “The dialogue is so natural and real,” they cried. “It’s the funniest movie in so long.”

Judd Apatow’s rom-com about a guy who knocks up a girl and, through a series of humorous self-discoveries, comes to better himself and grow up is without a doubt the best Apatow movie.

People at one time agreed, and this movie seemed destined to be added to the list of comedy classics. Nowadays you can ask anyone and they’ll tell you how much they hate it, how much they have always hated it. And if you point out to a close friend that they at one time loved it, they’ll shrug and say, “Eh, I really secretly didn’t like it.” My theory? People developed Apatow-fatigue and for some reason took it out solely on this movie.

Admit it. Do me a favour and just admit it. When this came out, you liked it. Most everyone did. “It redeems the franchise!” and “Runner-up to Empire Strikes Back!” were both things I heard more than once (more than 20 times actually). Now people just lump it in with the other two prequels, quietly hoping no one remembers their gushing over how dark and awesome it was — and is.

I’m proudly stating that I liked it when it came out and that I like it now. Sure, it has its corny moments, but so do the original three movies. Especially Return of the Jedi, and no one craps on that.

Well, actually I’ve been hearing a lot of crapping on that movie lately. I might have to compile another list.