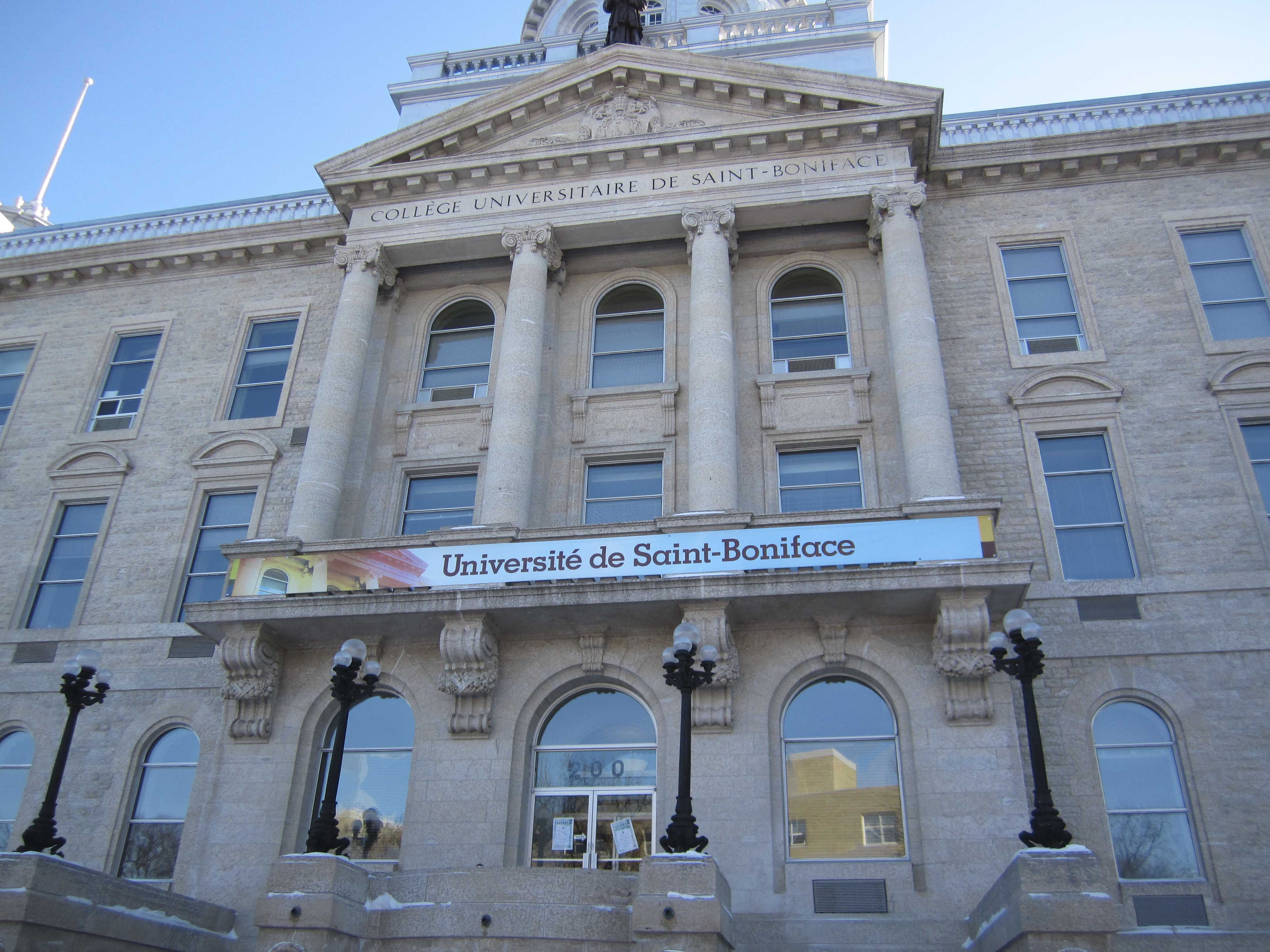 “Outside the building it is engraved ‘Collège Universitaire’ and we need that to be changed,” said Stéphane Dorge, general secretary of USB.

A new logo will be unveiled this spring, Dorge said.

The university also needs to change the composition of the board of governors and transition from a council to a senate, he added.

The USB has one year to complete the transition.

In the future, new agreements could also be signed with Francophone Universities and a new master’s degree, or MBA, might be created.

The name change was brought about in the legislature through the Université de Saint-Boniface Act, which received Royal Assent on June 16, 2011.

In 2005 USB asked the provincial government to change the university’s name but the government did not agree to the full change until 2010, it took another year before the act was proclaimed.

“We wanted our name to reflect our reality, we have always seen ourselves as a university and our name didn’t reflect that,” said Dorge.

He said the act is in phase with the reality of the university — that it is a university like the others in Manitoba and in Canada.

“The name Collège Universitaire was problematic because this is not an appellation that means a lot to people and even in French it can be confused with secondary education schools,” he added.

Dorge explained the old name was a problem in terms of recruitment outside the province and the country.

“Everyone understands what [a university] is and it gives the recognition from recruitment and brand name standpoints,” he added.

Dorge said he sees benefits to the change and he is optimistic for the future.

“People see the change as a very positive thing,” he said.

The name change has not modified the relationship between the Université de Saint-Boniface and the University of Manitoba.

“I think . . . people thought that we were no longer affiliated with the U of M but this is not the case,” said Dorge.

Both institutions see the name change as a moment of honour.

Lise Gaboury-Diallo, a professor of French literature at USB, said the main advantage to the name change is that it is now easier to explain to people what they are.

“Before there was some confusion when they were trying to recruit new students in Europe and in North Africa,” she said.

“With the new name it has been quite clear for everyone that we are a university,” she added.

Dylan Preece, USB Students’ Union vice-president of social and cultural activities, said the name change is a step in the right direction for the institution.

“Changing the name is just a way of generalizing our effort to be a strong French university and it is exciting for me, personally,” said Preece.

“I think the next step could be to try to get our own diplomas because the ones we get now are U of M’s diplomas,” said Preece.

He added a strong new status will help them to be taken more seriously.