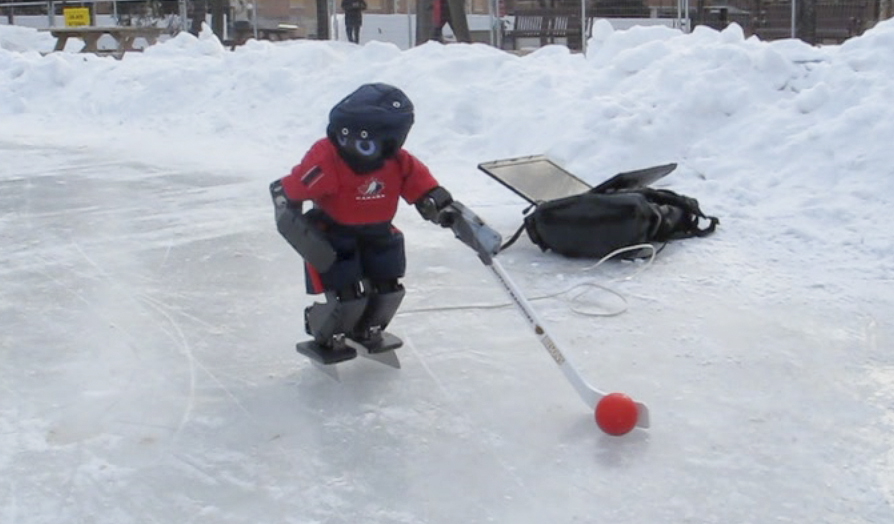 About a month ago, the Manitoban broke a story that struck a chord with Canadians, hockey fans and technology lovers. Jennifer, the world’s first humanoid robot hockey player, was on the move.

Jennifer and her University of Manitoba team have managed to make it to the final round of competition in the 2012 DARwin-OP Humanoid Appliance Challenge, which will take place in St. Paul, Minn. this May. Theirs is the only Canadian bid in the event.

The competition’s judging rubric involves a number of categories — programmers are judged on their creativity, technical skills and the overall completion of their project.

There are 11 contestants. As of this writing, March 27, the Canadian hockey robot entry, entitled UofM Humanoids — Jennifer, is in second place. With 361 votes, U of M’s hockey playing robot is behind an entry from West Lafayette, Indiana’s Purdue University called TicTacToe Purdue, which has accumulated 601 supporters.

The two voting stage leaders have dissimilar projects. TicTacToe Purdue is focused on having two DARwin-OPs interact over a game board. UofM Humanoids —Jennifer plays hockey.

First prize in the 2012 DARwin-OP Humanoid Appliance Challenge is a new robot. If things go well, Jennifer may soon have a new partner to play shinny with.

The online voting stage of the 2012 DARwin-OP Humanoid Appliance Challenge ends at 12 midnight on April 11th.