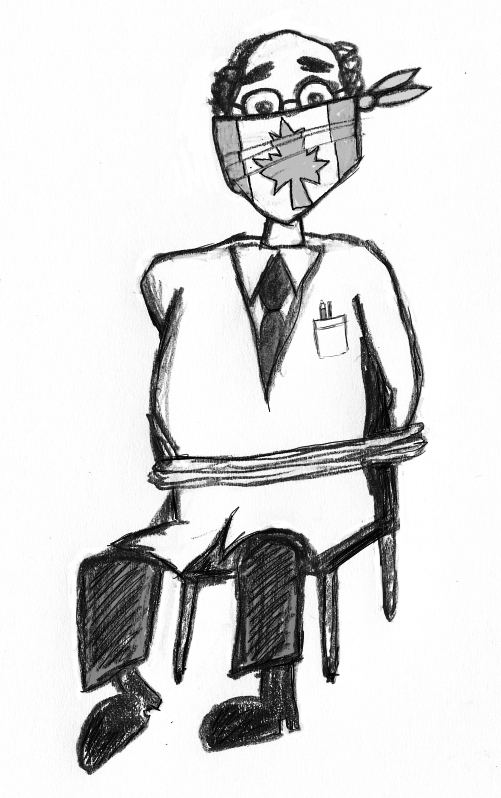 Speakers at a seminar at the recent Vancouver meeting of the American Association for the Advancement of Science criticized the Conservative government for preventing government scientists from speaking openly to the press.

“The more controversial the story, the less likely you are to talk to the scientists,” said Margaret Munro, a science journalist with the Postmedia Network and a speaker at the meeting. Several government officials were invited to participate in the meeting. Most replied that they were unavailable. According to the CBC, Gary Goodyear, the minister of state for Science and Technology, did not respond at all.

Government scientists have to go through several layers of approval before an interview can be granted. Sometimes this goes as high as the Privy Council Office, which advises the Prime Minister. These requests take a long time and are often rejected, which effectively takes the scientists out of the news cycle, according to Munro.

According to the BBC, the “muzzling” of Canadian scientists is because of a protocol introduced by the government in 2008.

The protocol says: “Just as we have one department we should have one voice. Interviews sometimes present surprises to ministers and senior management. Media relations will work with staff on how best to deal with [interview requests]. This should include asking the programme expert to respond with approved lines.”

The most prominent recent case of alleged muzzling came in 2011, when Kristi Miller, who runs a salmon genetics project at the federal Pacific Biological Station on Vancouver Island, was barred from speaking to the press about her research into unusual mortality rates in Fraser River sockeye salmon. The journal Science notified over 7,400 journalists around the world about the published research, which identified Miller as the principal author and press contact. But, when the press called for interviews, the Privy Council Office turned them down.

Fisheries and Oceans Canada, speaking to the BBC, maintained that it is not muzzling scientists: “The Department works daily to ensure it provides the public with timely, accurate, objective and complete information about our policies, programs, services and initiatives, in accordance with the Federal Government’s Communications Policy.” However, they did not allow Miller to speak to the BBC, though Miller confirmed she would have done the interview if she had been given permission.

“I suspect the federal government would prefer that its scientists don’t discuss research that points out just how serious the climate change challenge is,” said Thomas Pedersen, a professor at the University of Victoria.

Five Canadian journalists’ organizations and the World Federation of Science Journalists have jointly written an open letter to Prime Minister Stephen Harper criticizing the government’s media policy with respect to science. The letter calls for a policy like the one recently introduced by the U.S. National Oceanic and Atmospheric Administration (NOAA). The NOAA’s media policy “encourages scientists to speak to the media without any intermediary.” NOAA scientists are allowed to give their own opinions in interviews, so long as it is clear that they are not speaking for the NOAA.

“It’s the dream policy,” said Andrew Weaver, a University of Victoria scientist and one of the speakers at the AAAS meeting. “It’s kind of the gold, the platinum standard by which everyone else will be judged.”