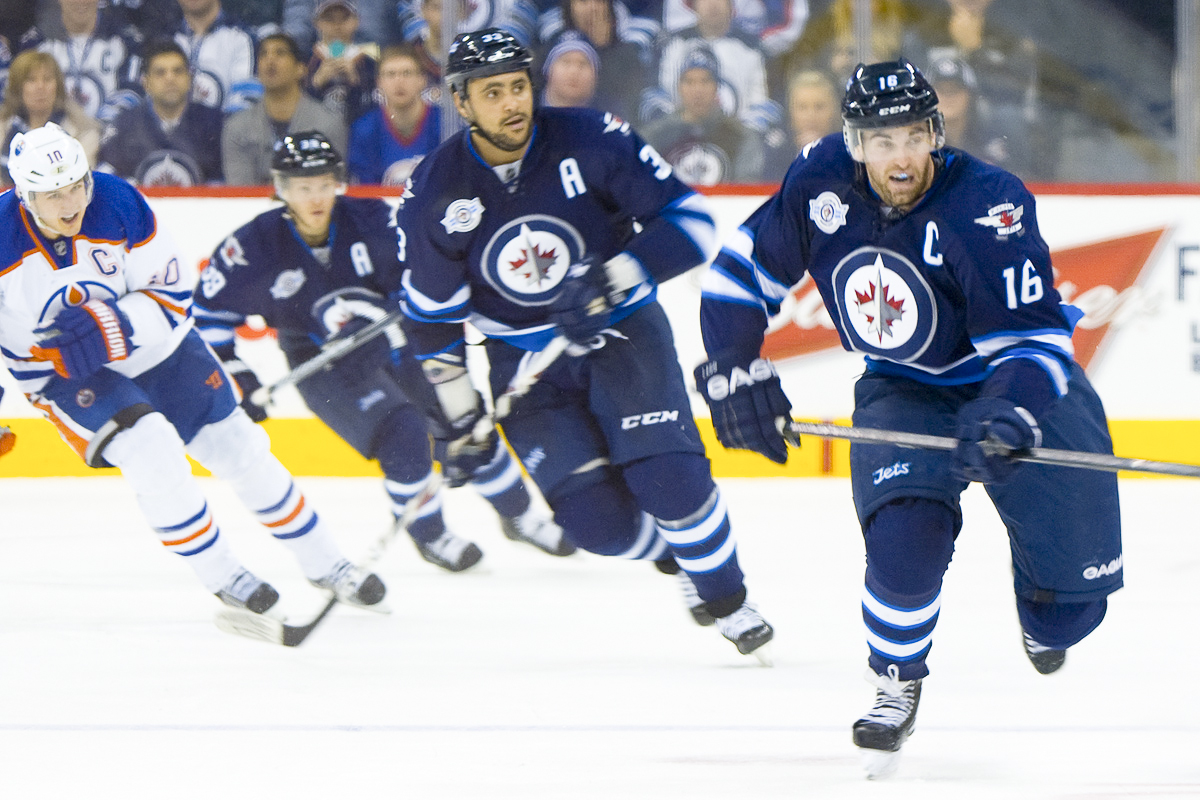 The 2011-12 NHL season has been full of ups and downs for Winnipeg Jets fans. Collectively, the fans and the team have proven to be a formidable opponent to any team visiting the MTS Centre.

Whether or not the Jets make the playoffs, it’s been an incredibly memorable season filled with many fantastic moments. I’ve decided to compile what I consider to be the top five moments as witnessed at home by the 15,000ish fans that cheer on the Jets each and every game.

This was perhaps a bittersweet moment for most fans. It was the first ever goal for our new team, but it came when the team was already down two goals in a losing effort against the Habs. As the only Jets moment deemed worthy of being made into a stamp, it definitely deserves a spot on the list.

This whole game was simply legendary, definitely one that most fans had circled on their calendars. What would have been a rather pedestrian 1-0 Jets win was significant because of the historic nature of the game. The majority of fans relentlessly booed whenever the Coyotes touched the puck, then wildly cheered whenever the Jets gained possession. Despite the display, everyone in the building gave Shane Doan — the Winnipeg Jets’ first round draft pick from 1996 — a roaring standing ovation. Pure class.

It was a disappointing overtime loss, but you couldn’t blame the Jets’ man between the pipes. In what was possibly his finest performance of the year, Ondrej Pavelec made 50 saves and kept his team in the game against a surging Flyers offence. One of those saves just might end up being the save of the year, as Pavy seemed to appear out of nowhere to preserve the Jets’ one goal lead, stopping Jakub Voracek, who had a clear shot at a wide open net.

Simply put, it was the most perfect game of the year. The Finnish Flash returned to the city where it all began, and the fans did all they could to make him feel welcome. Probably the only time that an MTS Centre crowd will cheer for a star player on the other team, and possibly the loudest I’ve heard the building get. Plus, the Jets won 5-3.