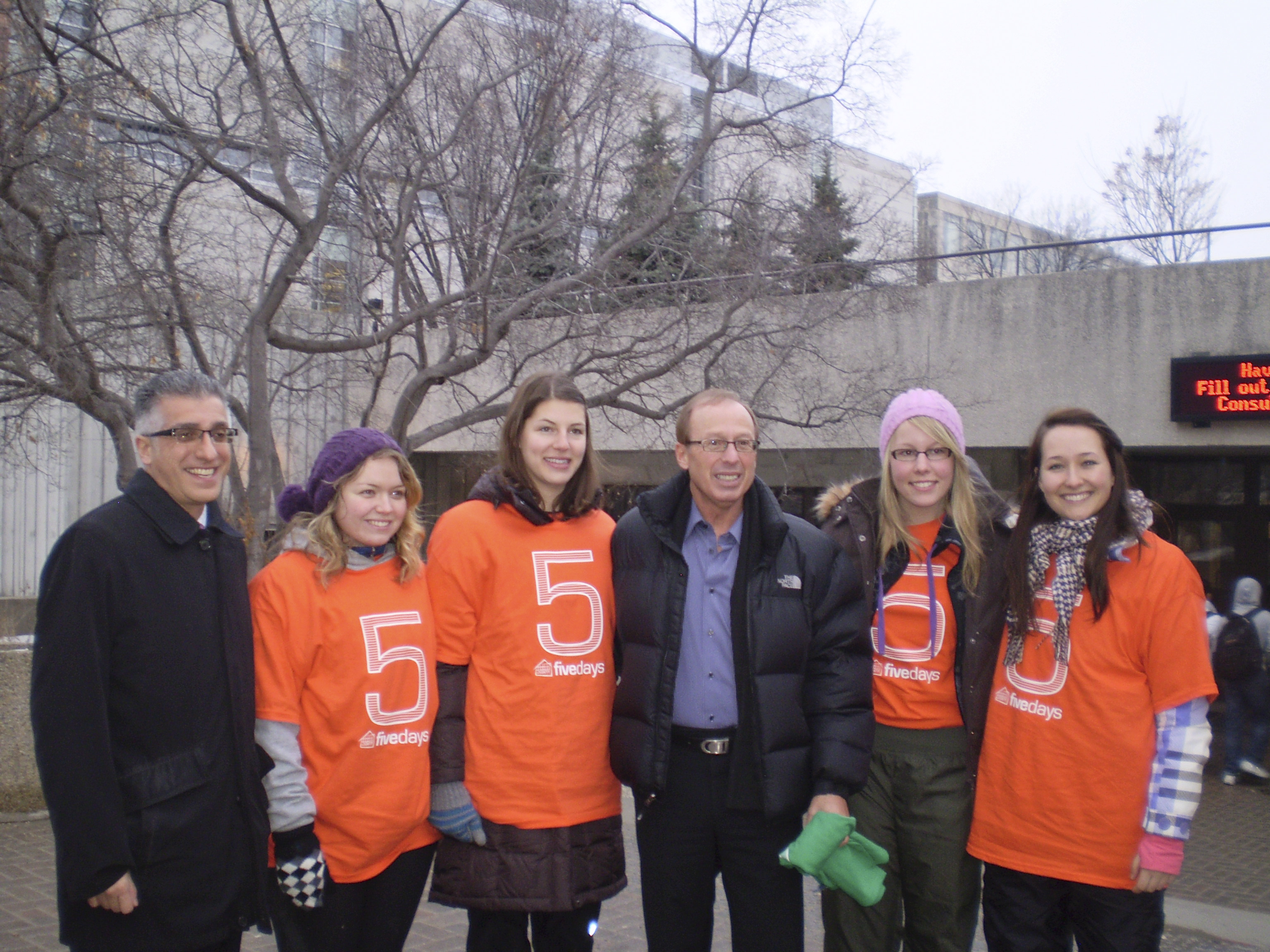 Peter Parboji, one of the chairs of the organizing committee, explained they donated $19,515 to Resource assistance for Youth (RaY) on March 16 but more money has been raised since then.

The 5 Days for the Homeless campaign kicked off on March 11 and the following morning the participants had a visit from Mayor Sam Katz.

The mayor arrived at 9 a.m., he was given a 5 Day t-shirt and bracelet by the co-chairs of the organizing committee, Peter Parboji and Scott Angus.

The mayor spoke with the participants and said that the girls were making a “very impressive” commitment.

Angus said he was happy with the mayor’s visit and noted there were lots of people and lots of cameras.

This is the fourth year for the campaign and they have increased their fundraising goal, Angus explained.

Angus said the campaign’s goals are to raise awareness and funds.

“You can raise so much money but if you don’t . . . get people talking about it then you’re missing something,” Angus said.

Michael Benarroch, dean of the Asper School of Business, said he thought it was great the mayor came to support the students and the cause.

Benarroch explained it was an important campaign because most people at university are privileged in that they have a home to go to and a bed to sleep in.

This campaign shows the students are sensitive to the plight of the less fortunate and is great opportunity to raise awareness on campus, he noted.

Nachtigall said one of the main reasons she and the other participants chose to be involved was to support RaY.

Gluskin said they also wanted to raise awareness and educate others about homelessness.

Holloway said one fact that stands out to her about homelessness is you need a permanent address to get a social insurance number, which you need to get a job.

The participants described their first night sleeping outside as “interesting” and noted there is a lot of activity on campus at night and the street lights never go out.

They started by clearing their area on campus of snow with a wood pallet and then trying to build up a bed with cardboard and anything they could find on campus.

The campaign finished on March 16 at 5 p.m. but they are still accepting donations.