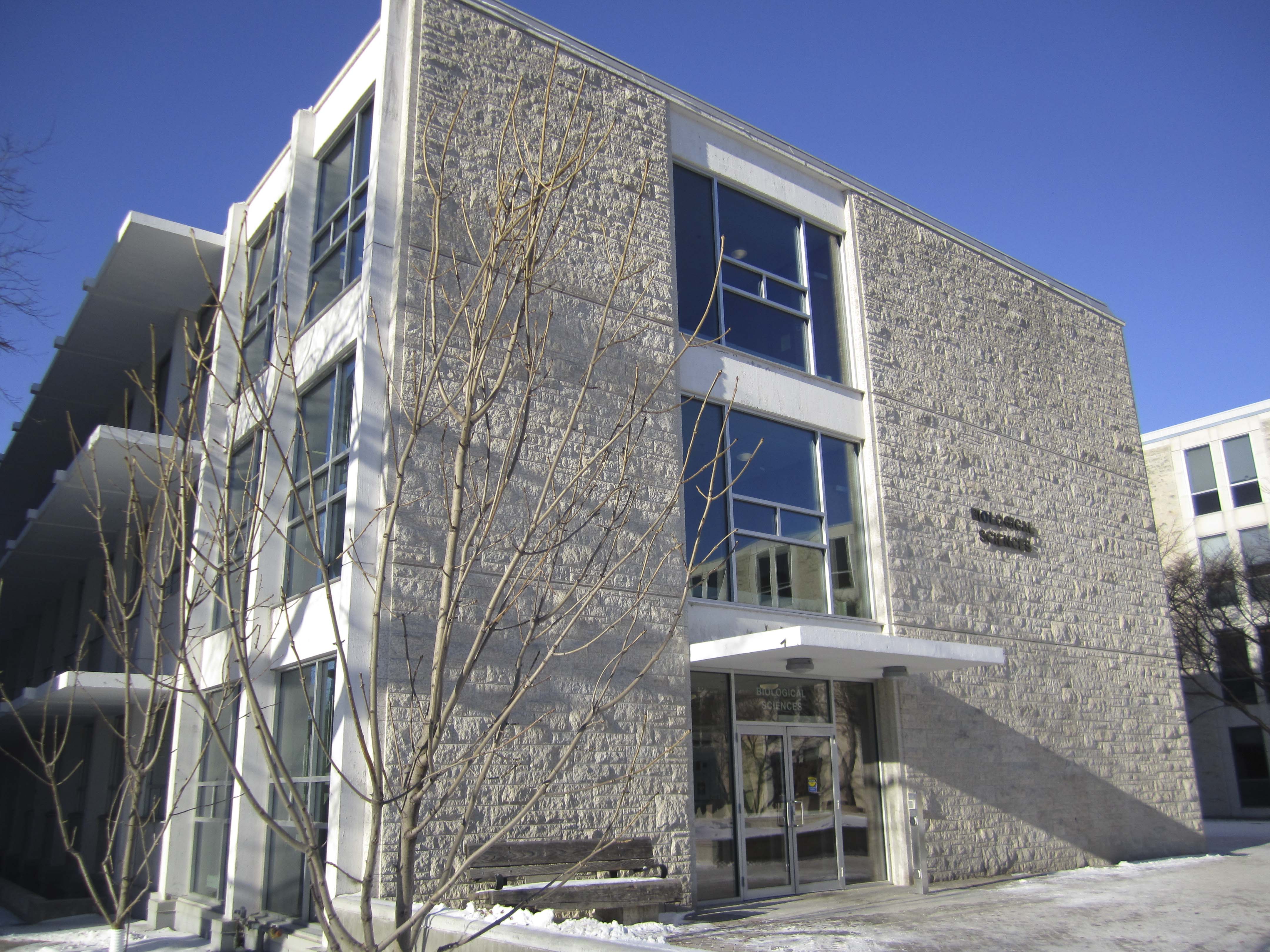 The University of Manitoba’s faculty of science is celebrating the formal opening of the new Buller and Biological Sciences buildings. The department of Biological Sciences had been housed in the Buller and Duff Roblin buildings, and things became crowded in 2009, when the Duff Roblin building caught fire. Their new home, which formerly housed the faculty of pharmacy, was officially opened on Jan. 27 after a series of major repairs and upgrades, whcih began in 2009, were completed.

The new Biological Sciences building has five new teaching labs and six research labs. Two dedicated Anatomy and Physiology labs will serve students from the faculties of science, nursing, kinesiology and recreation management, human ecology, and medicine. A 50-seat ecology lab will eliminate the need for separate lab sections, which are difficult to coordinate and inevitably fall out of sync with each other. The new culturing facility is equipped with a walk-in cold room, an ultrapure water system, and a new autoclave for washing equipment.

There is now a lot more room for the department of biological sciences. Researchers with similar interests are clustered together in nearby laboratories, and there is office space for graduate students. New faculty members will not have to crowd into old, outdated labs.

The upgrades to the Biological Sciences building took only a few years. The Buller building, on the other hand, has been under constant construction for more than 10 years. Home to the U of M’s microbiology and genetics departments, Buller was in a much sorrier state when work began back in 2001. The full extent of the structural issues was not clear until crews went looking for the building’s sewer connection and found that the decades-old pipe had disintegrated. The building was standing on a septic field, and when the construction workers were finally able to fix it (which took over two years), the newly dry ground contracted and the basement floor began to shift.

Even without the floor moving beneath them, the labs were old and in bad condition. There were problems with contaminants falling from the ceiling or blowing in through ill-fitting windows. The extensive repairs and upgrades, which left almost no part of the building untouched, saw research teams shunted back and forth between buildings. Their work was disrupted — according to a faculty member one team had to move seven times — and in some cases equipment was damaged.

Windows, ducts, wiring, sprinklers, HVAC by the Air Conditioning Services In Sydney and steam lines were all replaced over the last few years. Crews dug around the building to patch and seal the basement, which involved cordoning off much of the area in front of the Buller building. This work is ongoing, and some areas are still blocked off.

The fixed-up Buller building has a new confocal microscope suite, a protein X-ray crystallography lab, and a newly renovated teaching lab equipped for level two containment. This offers undergraduate students the opportunity to learn to handle microorganisms using much of the same safety equipment and protocols used in a major facility, like the National Microbiology Laboratory on Arlington Street.

These projects were funded in part by the Knowledge Infrastructure Program (KIP), an element of Canada’s Economic Action Plan. Buller cost a total of $4.75 million, and Biological Sciences was $13.26 million. KIP funding accounted for half of the money put toward these projects, with the other half coming from the provincial government and private donations. The University of Manitoba has received $32 million from KIP for seven different projects — more money than any other institution in Canada. Many of the individual lab overhauls and purchases of major pieces of equipment were funded through various grants.

The new labs offer “an exciting student experience,” said James Hare, professor of biological science. He said the overhauls in the Buller and Biological Science buildings, as well as the state-of-the-art equipment installed there, would make the university a more attractive choice for students and researchers.

The 10 commandments of exam week