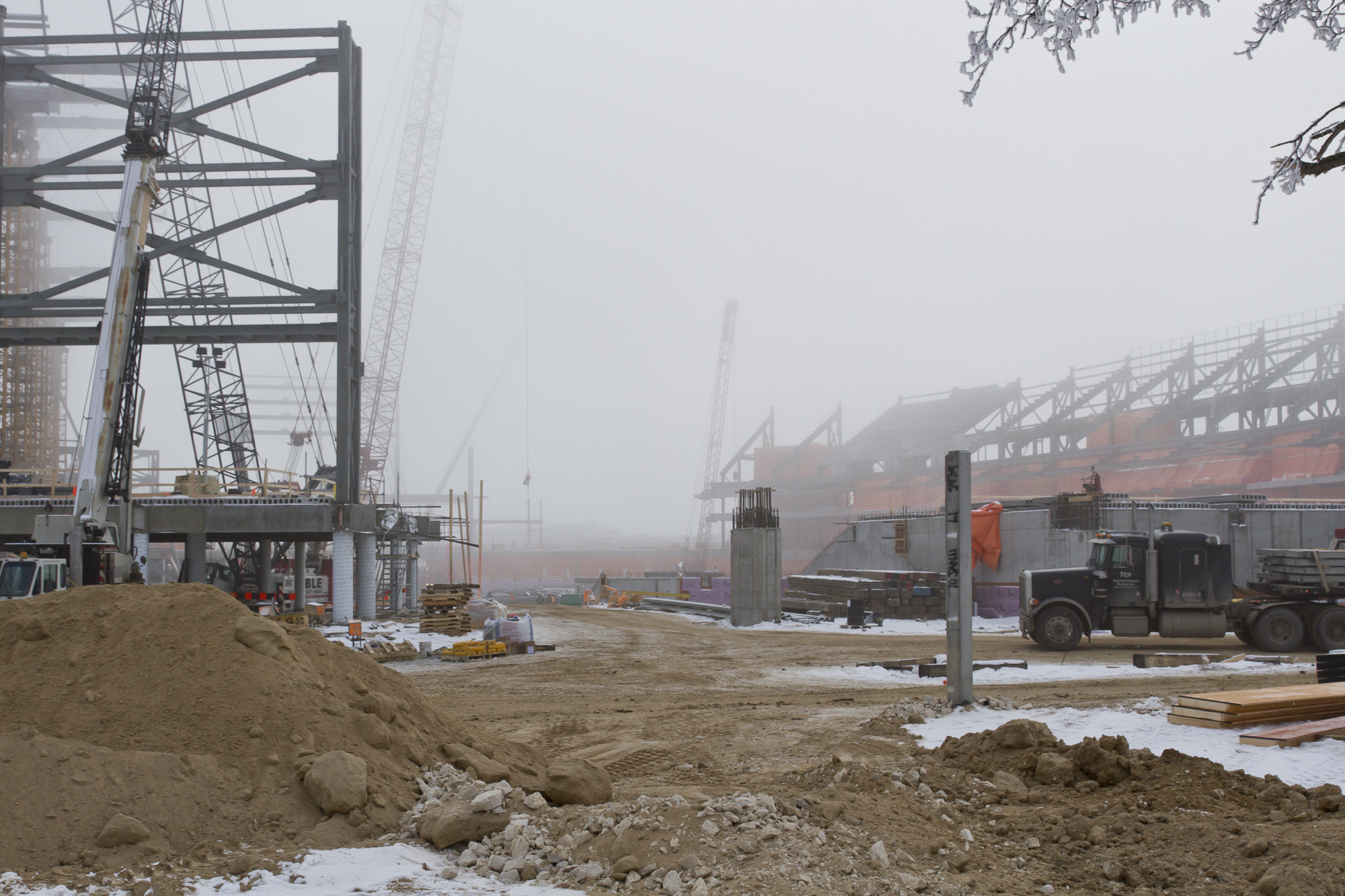 Bison football head coach Brian Dobie was a busy man this winter. He’s been travelling all around Canada, since before the holidays, working on recruiting the next crop of Bison players for the upcoming season.

While recruiting in B.C. and southern Ontario have been a major focus for Dobie and the Bisons, he also revealed that there were several local athletes who caught the program’s eye.

Dobie revealed that the team had unofficially signed nine recruits before Christmas, which would make this year’s recruiting class one of the biggest that he’s seen.

“In 17 years, I bet I’ve never signed more than three or four ever before Christmas.”

The Bisons have been focusing their recruiting efforts on quarterbacks and wide receivers, while always keeping an eye on upgrading the offensive and defensive lines.

One of the biggest recruiting tools at the Bisons disposal is Investors Group Field. Despite it still being under construction, Dobie has managed to take at least one potential recruit on a tour of the site.

The Winnipeg Free Press recently reported the stadium has fallen behind schedule, mainly due to windy weather causing delays.

Dobie has been kept in the loop in regards to the stadium construction and explained what specifically has caused problems for the construction crews.

“Wind is the biggest factor. I’ve been told that. They do what’s called an engineered lift with multiple cranes and it’s real tough. From what I understand, (according to) the engineers there, any kind of wind shuts that part of the project down.

“So that’s what they’re contending with now: the wind, and that difficult part of the project.”

Dobie doesn’t expect the delays to affect the Bisons conference schedule, which usually kicks off in early September. It may force the team to hold its training camp on East Field, one of two synthetic grass fields located adjacent to the Indoor Soccer Complex along Chancellor Matheson Road.

“We can certainly take care of business on the highest quality of facilities,” explained Dobie. “We’re covered in every way, the university has done a great job.”

Building your alternative career in healthcare