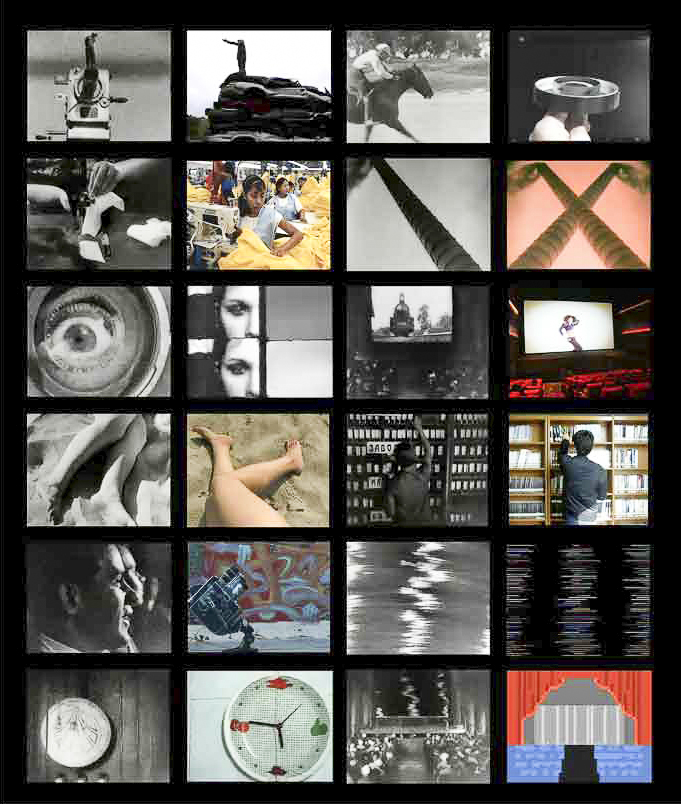 Man With A Movie Camera is a Russian film originally made in 1929 by filmmaker Dziga Vertov.

Man With A Movie Camera: The Global Remake, not to be confused with the former, was created by Perry Bard, an artist who grew up in Quebec City, and currently lives in New York.

The film is silent, black and white, and Vertov’s work in this film is famous for all of the cinematic techniques that he used and invented.
Russian cinema is fascinating, but what Bard chooses to do with this film is — if I may be so bold — much more interesting. Bard has broken down Vertov’s film into segments and has asked filmmakers from all across the globe to reimagine these moments.

“The work,” Tom Kohut writes in an explanation of this project, “explores the capabilities of the internet to achieve global collaboration by encouraging culturally diverse participation and by developing software which accepts input from many sources from mobile phone to screen-grab.”

People from all across the world have watched this movie, have taken the bits and pieces given to them by Bard, and have made them their own. There is something spectacular, something beautifully interactive and global about this project. It draws pointed attention to the reality that our world, in this technological era, is much smaller than we realize. Artists are encouraged to come together to collectively create. This gesture on its own is stunning and this kind of collaboration is breathtaking.

Why did Bard choose to reimagine this particular film, Man With A Movie Camera?

“Man With A Movie Camera was selected,” says Kohut, “because of Vertov’s intentions to document daily activities. The film itself is a database of shots structured around a day from sunrise to sunset. That day is synthesized using footage from three different cities and interrupted by a second narrative, which is the diary in the life of a cameraman (a worker). It is edited in anything but a linear fashion using techniques as sophisticated as today’s video editing softwares. In creating the database version Vertov’s experiment marches into the 21st century raising issues about media production in the age of YouTube.”

The Global Remake project is currently on display at the aceart gallery — 290 McDermot — and can be experienced online at dzigaperrybard.net. With the help of software designer John Wier, everyone can upload his or her own version of the many different segments of this film.

“These new ‘crowdsourced’ clips interact with the source material in a number of ways in some cases, they simply replicate the film or translate the depicted actions into contemporary terms,” says Kohut. “Other uploaded clips are more formalist, either replicating the kinetic actions of the Vertov work or reconfigurating at an abstract level the shapes and forms captured by the original film, while others offer critical commentary of their source material.”

Silent films may be a dull business, black and white movies shot with gimbals for shaky hands might be out-of-style and subtitles may irritate even the most patient movie viewer. What Bard is doing with this black and white, silent, Russian film, however, renders all of these mild objections obsolete. It pulls ideas, culture and creativity into the space where an old movie used to be.

Man With A Movie Camera: The Global Remake will be on display at aceartinc, located on the second floor of 290 McDermot, from Feb. 2 until Feb. 23.