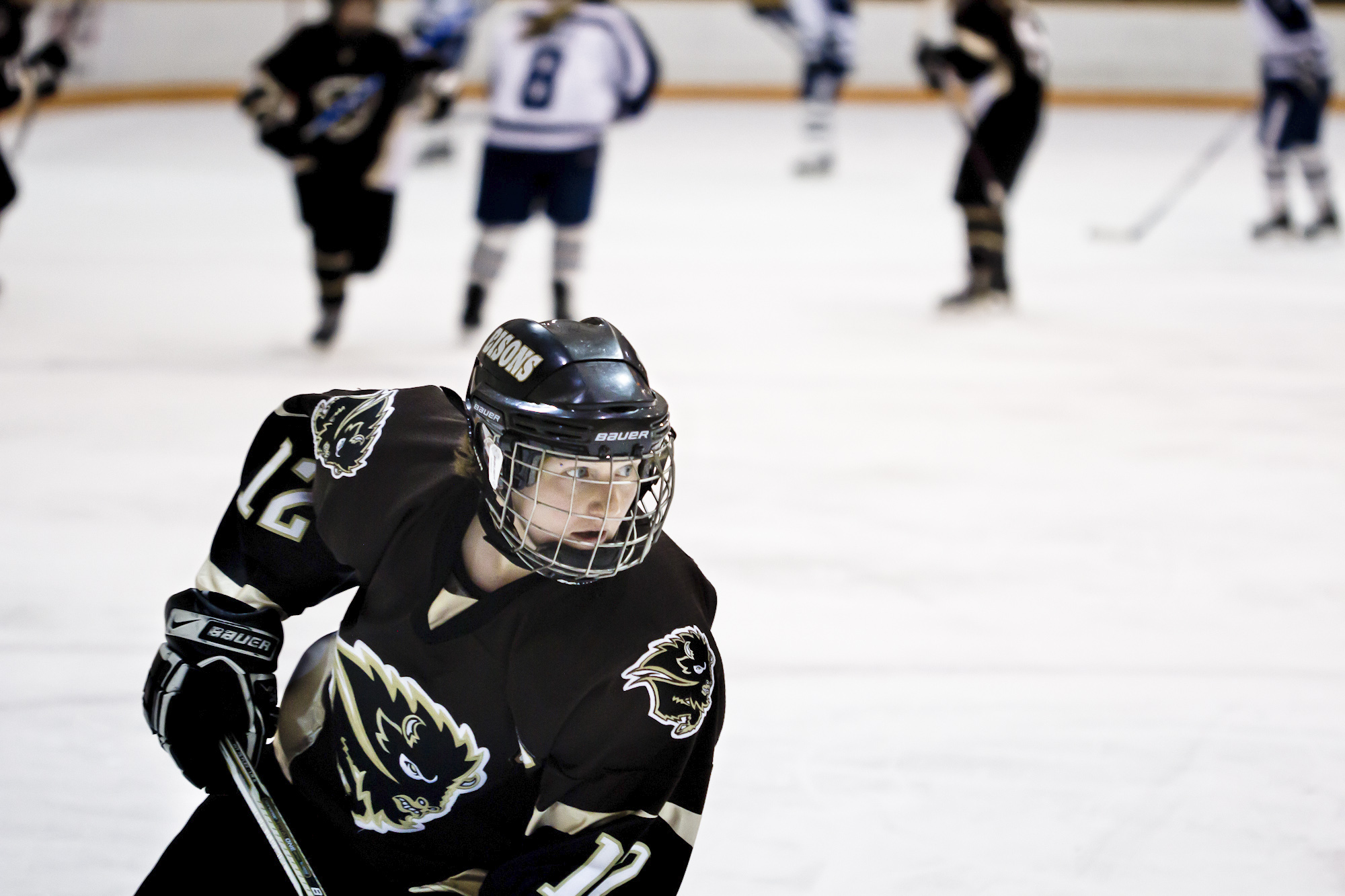 The Bison women’s hockey team will miss the playoffs for the first time in eight years after a devastating 3-2 overtime loss against the top team in the Canada West, the U of Calgary Dinos.

Having already clinched first place in the conference, the Dinos had an opportunity to eliminate the Bisons from playoff contention with a win in either of the two matchups at Max Bell Arena on Feb. 10 and 11.

In Friday’s game, the most-penalized team in Canada West brought their rough-and-tumble style of play to the U of M campus. The Dinos racked up 16 minutes worth of penalties throughout the game — including a hooking call 30 seconds into the 4-on-4 overtime period — but the Bisons were unable to capitalize and it cost them.

The Dinos opened the scoring in the first period as Erika Mitschke put the puck past Bison goaltender Leiette Klassen. The Bisons made a furious attempt to even the score before the end of the first, but were sent to the locker room down 1-0.

The Bisons responded in spectacular fashion. Just over two minutes later, second-year forward Maggie Litchfield-Medd put the moves on two Dino defenders as she skated right in front of the Dinos net, lifting a backhand shot into the top corner to tie the game.

Talking with head coach Jon Rempel after the game, he said that it was “the nicest women’s hockey goal I think I’ve seen.” Anyone in attendance would probably share that sentiment. The goal really seemed to lift the Bison players, as they pushed hard for the win.

Manitoba dominated the first half of the third, as the Dinos failed to register a third period shot until well after the 10-minute mark. There were a couple of great opportunities for the Bisons to take the lead late — including one instance where the goal light went on well after the referee’s whistle had blown — but the game would require overtime.

The Bisons couldn’t capitalize on their seventh power-play opportunity of the game, which came thirty seconds into the overtime period. Ultimately this cost them as Melissa Zubick scored the game winner for Calgary a little over six minutes into the frame.

The goal was a shot to the gut for the entire Bison team, but was especially devastating for the veterans playing in their last year for the U of M: Kayla Duna, Chantal DeSpiegelaere and 2011-12 Bison captain Addie Miles, who was the last one to leave the ice, in what was her final game in Bison brown and gold.

Second-year forward Meagan Vestby said after the game: “It’s too bad that we couldn’t pull it together for those three because they’re such big characters in our dressing room, but let the puck lie where it may.”

Documenting the fight for a connection