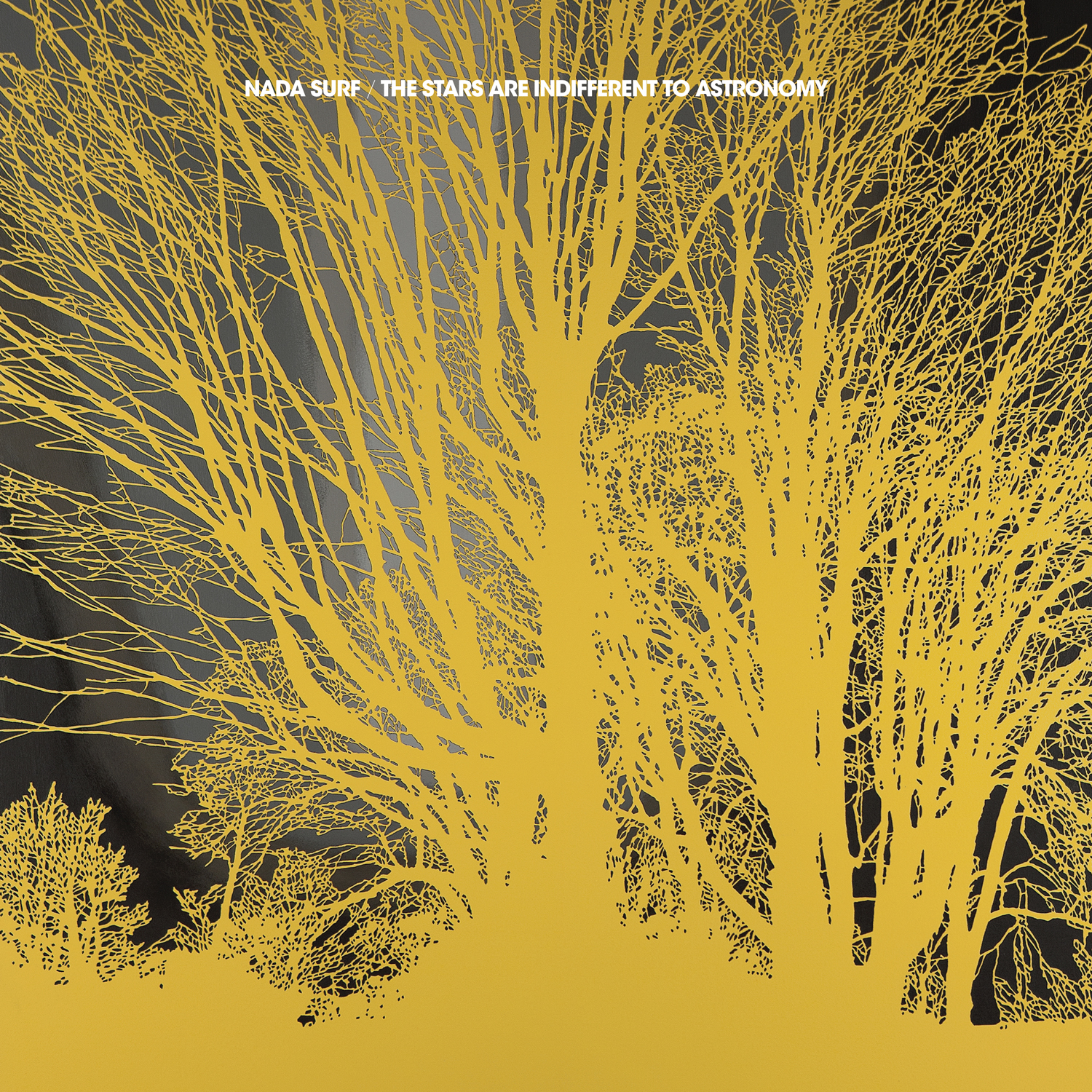 Nineties alternative band Nada Surf celebrated their 20th anniversary with the release of their seventh album, The Stars are Indifferent to Astronomy. After achieving commercial success in 1996 with the hit single “Popular,” the band hasn’t quite been able to return to the spotlight since then. This album is a collection of original songs, an attempt to showcase their longevity and growth as musicians.

The album starts off strong, opening with “Clear Eye Clouded Mind,” a powerfully charged and upbeat track that sets us up for a promising listening session. As the album progresses, however, the songs become less memorable and I began to notice a predictable formula. Nevertheless, it retains an infectiously optimistic quality that is difficult to ignore.

Following the opening track, “Waiting for Something” is a catchy tune that brings to mind an image of anxious, hyperactive teenagers squirming in their seats, waiting for summer to arrive. The song “Looking Through” commemorates the band’s milestone year. It expresses their persistence in striving to dissociate from “one-hit wonder” status: “Every birthday candle / that ever got blown out / is one more year of someone trying / to figure it all out.” Perhaps the most notable track in the album is “When I Was Young,” a nostalgic tune, which begins as a mellow ballad but eventually picks up the tempo. The final track, “The Future,” is unfortunately the least memorable. It is a skippable track and does not leave one wanting more.

While the lyrics in the album faintly hold that enigmatic “indie band” appeal, they aren’t particularly profound or thought provoking. For example, in “Teenage Dreams” the lines “Moved to a tear by / the subway breakdancer” sound a bit overemotional. What holds this band’s performance together are the strong sounds of guitar and bass.

As an album, Stars is . . . nice. For a band that’s been around for two decades, Nada Surf’s latest instalment is not mind-blowingly amazing. It is, however, a cohesive album that is pleasant to the ear. Nada Surf has come a long way, but their latest album still lacks a sense of maturity — just like a 20-year-old.