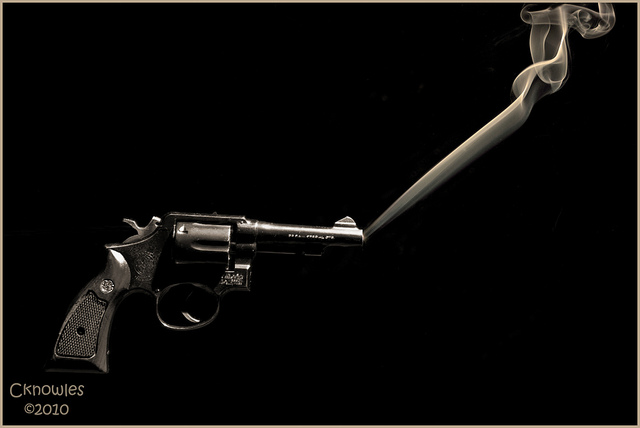 Right now, on Manitoba streets, there are unregistered cars driving around, a clear sign that issuing registrations for cars is ineffective, and should be scrapped all together.

Wait a minute, that’s a bit of a silly argument, isn’t it? Regardless of how many people are driving around in unregistered vehicles, automobile registration makes for safer roads and more accountable drivers. Despite this, similar logic is being used as one of the many arguments in support of Bill C-19, the elimination of the Federal Long-gun Registry (LGR).

Since its introduction in 1995 — a response by the Federal Government to 1989’s Montreal Massacre — the LGR has been dogged by criticism. From the cost (eventually ballooning to $2 billion from a proposed $2 million) to the personal freedom of gun owners, critics of the registry have been calling for its dismantlement since its inception, louder after the Tories won power in 2006.

Now, with a Conservative majority in parliament, it looks as if the days of the LGR are numbered. As Tory supporters cheer, I have to wonder why the voices of the people Bill C-19 will negatively impact are largely being ignored.

The first, and arguably most important, group being ignored is women. Janet Hazelton, president of the Nova Scotia Nurses’ Union told the Associated Press in September 2010 that almost 90 per cent of the women in Canada killed as a result of gun violence are shot with long guns. She added that access to long guns is a major risk factor in spousal homicides.

Anti-LGR advocates would likely argue that a registered gun is just as dangerous as an unregistered one, and they would be right, however, one of the most important ways the LGR is used is to remove firearms from homes where domestic violence has occurred; preventing future tragedy.

According to the YWCA, a group that provides refuge to abused women, scrapping the registry would put women and children at greater risk.

In addition to advocates for women’s safety, Canada’s police chiefs have come out strongly in favour of maintaining the registry.

According to a CBC.ca article, police value the registry, saying they check it “more than 17,000 times a day” when doing things as routine as performing a traffic stop or going into someone’s home, greatly adding to the safety of Canada’s police. Furthermore, law enforcement argues that the LGR is a valuable tool in tracking the trade of stolen and illegally purchased, imported and manufactured firearms.

In addition to its demonstrated effectiveness, a 2010 RCMP report, which was produced with the assistance of “outside auditors,” found that the LGR was “efficient,” costing taxpayers between $1.1 and $3.6 million per year to operate, now that the $2 billion in set-up costs have already been spent.

Given the above facts, one has to question the Tory’s motivation for scrapping the LGR. Experts say it keeps vulnerable people in our society safe, police say it helps them do their job and independent auditors have concluded that it is a cost-effective program — dismantling the commonly spouted arguments that make claim to it wastefulness and ineffectiveness.

The only conceivable argument left in support of the abolishment of the Long Gun Registry is that it is a violation of gun owners’ privacy. This however ignores one simple fact: Canadians, unlike our American cousins, do not have a constitutional right to bear arms. It is a privilege to own a gun in this country, and if your privacy is the cost we have to pay to keep Canadians safe, I’m OK with that.

Leif Larsen is the editor in chief of the Manitoban.