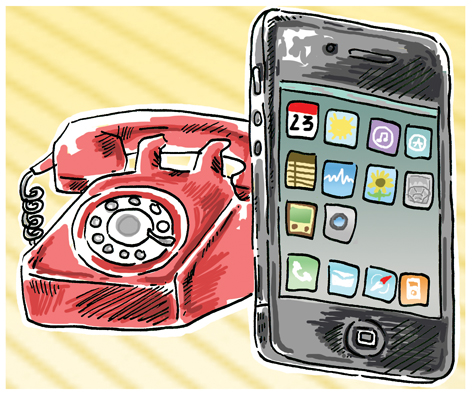 The argument can be made that since UMSU does not provide core university services, we as students should have the right to choose whether or not we want to be members. In fact, Spencer Fernando made this exact argument in his article titled “UMSU membership should be voluntary.” As university students we have limited resources; determining how we allocate them should be our decision, and our decision alone.

But what’s the big deal with being forced to support UMSU? Aren’t employees of companies with collective bargaining agreements obligated to join the company union? What makes UMSU different? I’m so glad you asked.

After all, the University of Manitoba Students’ Union (UMSU) has been called UMSU since the turn of the last century. But to highlight this point, let’s turn to the Wikipedia definition of a “union.” According to Wikipedia — which I’ll use since this isn’t an academic essay — a union is “an organization of [people] that have banded together to achieve common goals.” While UMSU may have fit this description in 1919 when it was founded, in my opinion it certainly doesn’t today.

Let’s break this definition down a bit further. Does UMSU truly embody the students of the University of Manitoba banding together? Most years less than a fifth of students vote in UMSU elections; it appears that students do not put much stock in UMSU. Voting is a five-minute process. One could interpret this to mean that to many students, waiting a half hour in line for a double double at Tim Hortons is a more valuable use of their time than choosing the next UMSU president.

The second part of our definition deals with the concept of common goals amongst union members. We must ask whether UMSU presents students with a common goal and a common set of values. The answer, once again, is a resounding “no.” In my opinion, it is impossible to create a definable goal common to all students at the U of M. This stems from the simple fact that the University of Manitoba is extremely diverse. I question how one union can make decisions that allow both business students and engineering students to get along? The ongoing effort to ban the sale of plastic-bottled water on campus is a good example of this.

While some students were probably overjoyed that people finally recognized the inherent evil of plastic, I felt myself wondering why I was funding something that seems to be going out of its way to make my life more difficult, and I’m sure I’m not alone in my feelings.

While researching this article I went to the UMSU website to see what they stand for. According to the website, their objectives involve lobbying all levels of government and university administration on behalf of students. Do we need them to do this for us?

Using Twitter and Facebook, university students in Egypt contributed to the momentum that helped to overthrow a tyrannical regime. If they can do that, I’m sure we can write to Premier Selinger without UMSU holding our hand.

To make a long story short, we’re all paying dues to an organization that cannot possibly represent the views of all students. It’s time to wake up and realize that this organization, founded in the early 20th century, is less relevant in the 21st, and membership certainly shouldn’t be mandatory.

Josh Morry thinks UMSU is no longer relevant to students in the modern era.