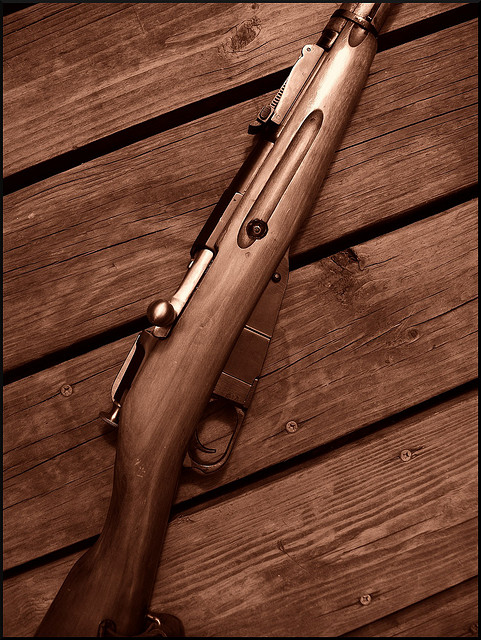 The words of Stephen Milton are very sensible. According to the CBC, Mr. Milton “is often consulted by law enforcement on matters of gun-related crime and is widely regarded as an expert in the field.”

Mr. Milton clearly identifies the fundamental flaw of the long-gun registry. Any policy must be judged by its results. Motives, arguments and other forms of justification may help get legislation passed, but once something becomes law it is subject to the test of reality.

The long-gun registry has been subjected to this test. It failed.

For those of us who live in the city, like many of us at this university, our perception of guns is often tainted by a lack of experience. The majority of us don’t own a gun, or have a gun license and even those of us in the city that do have a gun license are likely not making use of guns in our day to day lives. Since the gun registry doesn’t feel like it affects us day to day, increasing the registration burden on law abiding citizens who own long-guns may seem like a common sense idea. Unfortunately for proponents of the gun-registry, the facts say otherwise.

According to Statistics Canada: “The long-term trend in firearm-related homicides shows that the rate steadily declined from the 1970s to 1998 and has remained relatively stable since.” Statistics Canada further states that, “The decline in the firearm-related homicide rate can be largely explained by a decrease in homicides involving rifles or shotguns. The number of homicides committed with a rifle/shotgun fell from 183 victims in 1975 to 36 victims in 2006, representing an 80 per cent decrease” (emphasis added).

Additionally, since the year 2006, an amnesty had been in effect, which protected licensed gun owners from criminal charges if they failed to register their long-guns. Were the gun registry an effective program, one would imagine that the amnesty would have caused gun violence to skyrocket. In fact the opposite occurred, as, according to Statistics Canada, deaths from gun crime declined from 190 in 2006, to 170 in 2010.

How many hunters head into town and shoot up the local convenience store? Have you seen any gangs of farmers doing drive by shootings? The truth of the matter is that hunters and farmers are law abiding citizens, not criminals, and to impose a program upon them that invades their privacy, treats them as if they are guilty of a crime, and disrespects their way of life is not only ineffective, it is unjust.

Treating law abiding Canadians as criminals does absolutely nothing to prevent crime, and only diverts resources from areas that could be much more effective at increasing public safety, such as anti-gang programs and putting more front-line police officers on the streets.

If you were a criminal, why would you register your gun? Why would you get a gun legally? What possible incentive would there be for you? The fact is that the only people who are going to register their long-guns are those already following the law. Many, if not most hunters and farmers hated the gun registry. Yet many of them still registered their long-guns. These hunters, landowners, and farmers are individuals who follow the law, even when they strongly disagree with it. It is their attitude that helps to make our society safe in the first place, and they are the last individuals who are going to go out and commit a crime.

In Canada, it is a fundamental principle that we are all innocent until proven guilty. We also respect common-sense and logic in the formation of our policies. The gun registry fails on both counts. It treats innocent people as criminals, and fails to achieve its intended purpose of increasing public safety. The gun registry is on the way to the dustbin of history and the resources wasted on it are being freed for more productive use. I believe that the end of the long-gun registry will not only make Canada a safer place, but a place where law-abiding citizens are treated with the respect and dignity they deserve.

Spencer Fernando is the comment editor of the Manitoban.