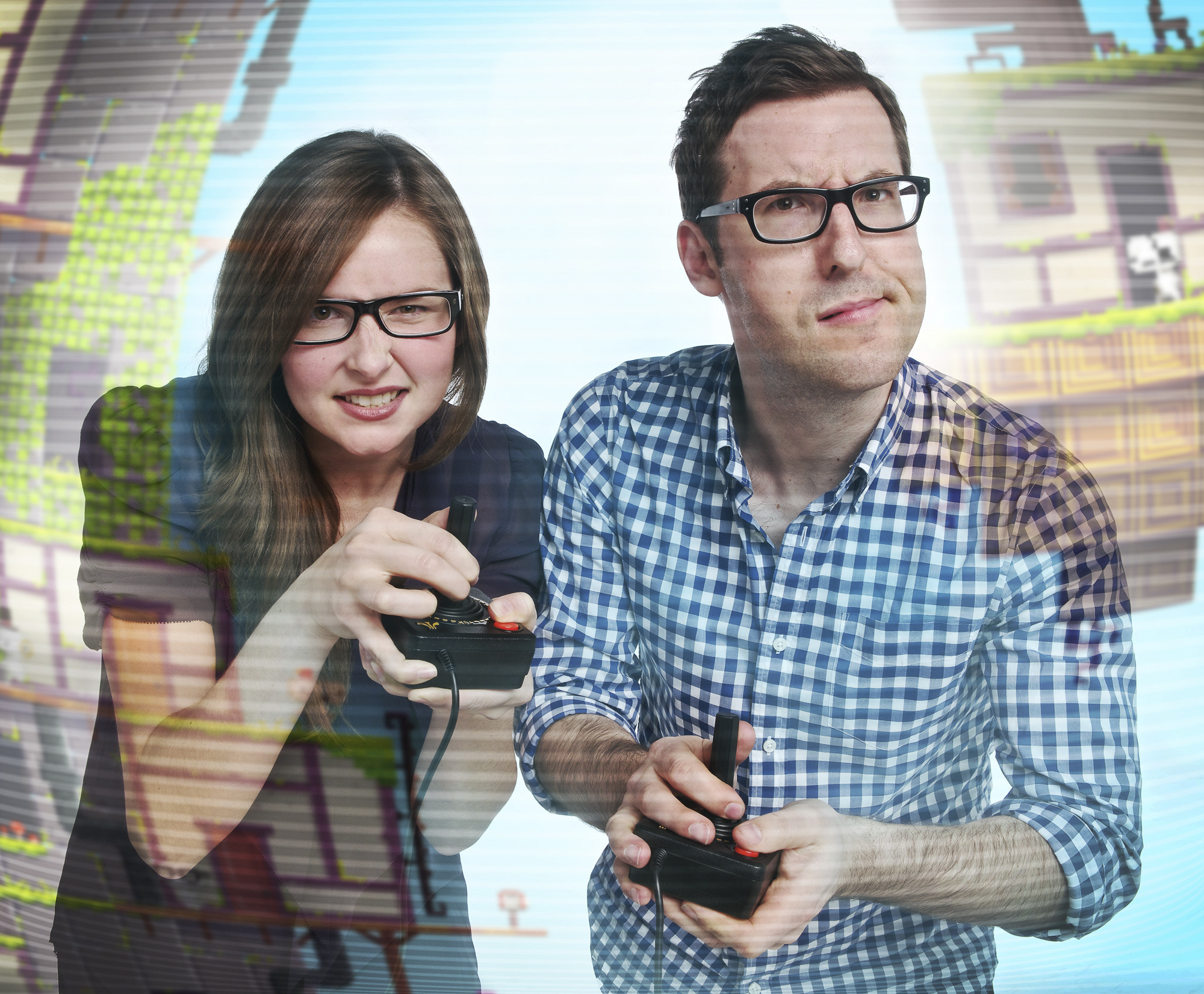 It’s always exciting when somebody from Winnipeg makes it big. As far as cities go Winnipeg is cold, flat and so humble we are underrated by default. So when Winnipeg filmmakers go to the Sundance Film Festival (arguably one of the biggest film festivals in the world), it’s something we are all invited — compelled even! — to get excited about.

The film is a documentary called Indie Game: the Movie, and it is starting to garner some serious attention.

“We [ . . . ] got hired to do a series of docs. We did this one short doc on Alec Holowka who won the IGF [Independent Games Festival] in 2007 for his game Aquaria that’s now on the iPad and doing really well. We did this little piece on him and it went really well, and so we found out about this whole indie game world,” said Pajot.

Their interest peaked, Pajot and Swirsk starting looking for more film that represented this new world they had stumbled upon and were surprised to discover that there wasn’t much out there.

“We couldn’t find any documentaries on game design. We were just kind of looking for ourselves. I was super intrigued — I just wanted to learn more about this world,” Swirsk said.

But the idea had found a root and Pajot and Swirsk employed a very interesting method to turn their interest and ambition into reality. Kickstarter is a funding platform for artists from every medium: film, publishing, technology, music, design and online. Simply put, people (anyone) propose an idea — a big one, a small one, a serious one, a tentative one — and other people from across the world are offered the chance to support it financially. In our world — where an arts degree is increasingly scoffed at, in the capitalist schematic where art is forced into a quiet corner if it is not profitable, where funding for the arts is increasingly difficult to find — Kickstarter can be a lifeline. In the case of Pajot and Swirsk, in May of 2010, it was an overwhelmingly successful way to fund their project.

“We put it up on Kickstarter, asking a very modest budget [ . . . ]. The thinking behind that was that we own the equipment from our corporate commercial side. And we have the skills and the talent and don’t need to hire anyone; we can do it all ourselves. We just need gas, food, and lodging.

“It just kind of grew from there. I think what’s also interesting that we didn’t realize at first how vast and worldwide the gaming community is,” said Swirsk.

The filmmakers launched another Kickstarter campaign in 2011, where audiences could pre-order the film. This was too was successful.

Indie Game: the Movie focuses on the stories of three different independent game designers. I was transfixed from the moment I saw the trailer for this film. So many different forms of self-expression exist. When these three men talk about the difficulties, the intricacies, the intimacy of creating video games, you see how someone can take a piece of themselves and press it against something as seemingly-mundane as computer code to create something magical, something unique.

“If you watch the movie right now, and you take out every reference to video game, and replaced it with film, book, song, music or whatever, it would still make perfect sense. It would still be the story of investing in your creative dream and creating something. And we think it works on that level and that’s why it’s hopefully going to be successful in communicating to audiences what we wanted,” Swirsk said.

It is unbelievable, as you look back at the story of this film, that Pajot and Swirsk did everything themselves: from the conception, to the producing, directing, cinematography, editing, and the writing for the film. “We were doing commercials and corporate video stuff here in Winnipeg,” said Pajot. Now this Winnipeg duo is playing at Sundance. And the story of Indie Game: The Movie doesn’t end there.

On Jan. 22, news started to spread that HBO had optioned Indie Game: The Movie for the basis of a series. This series would be fictional, somewhere in the half-hour length, and would be produced by Scott Rudin (the man who also produced The Social Network, True Grit, and Moneyball).

Indie Game has found a jet pack. From the cool streets of Winnipeg, to the screens of Sundance, to the televisions in your home via HBO, this idea has rocketed into unexpected skies. This is a film and fantastic film-making duo everyone can get excited about. The concept is universal, the stories are catching and the message is breathtaking.