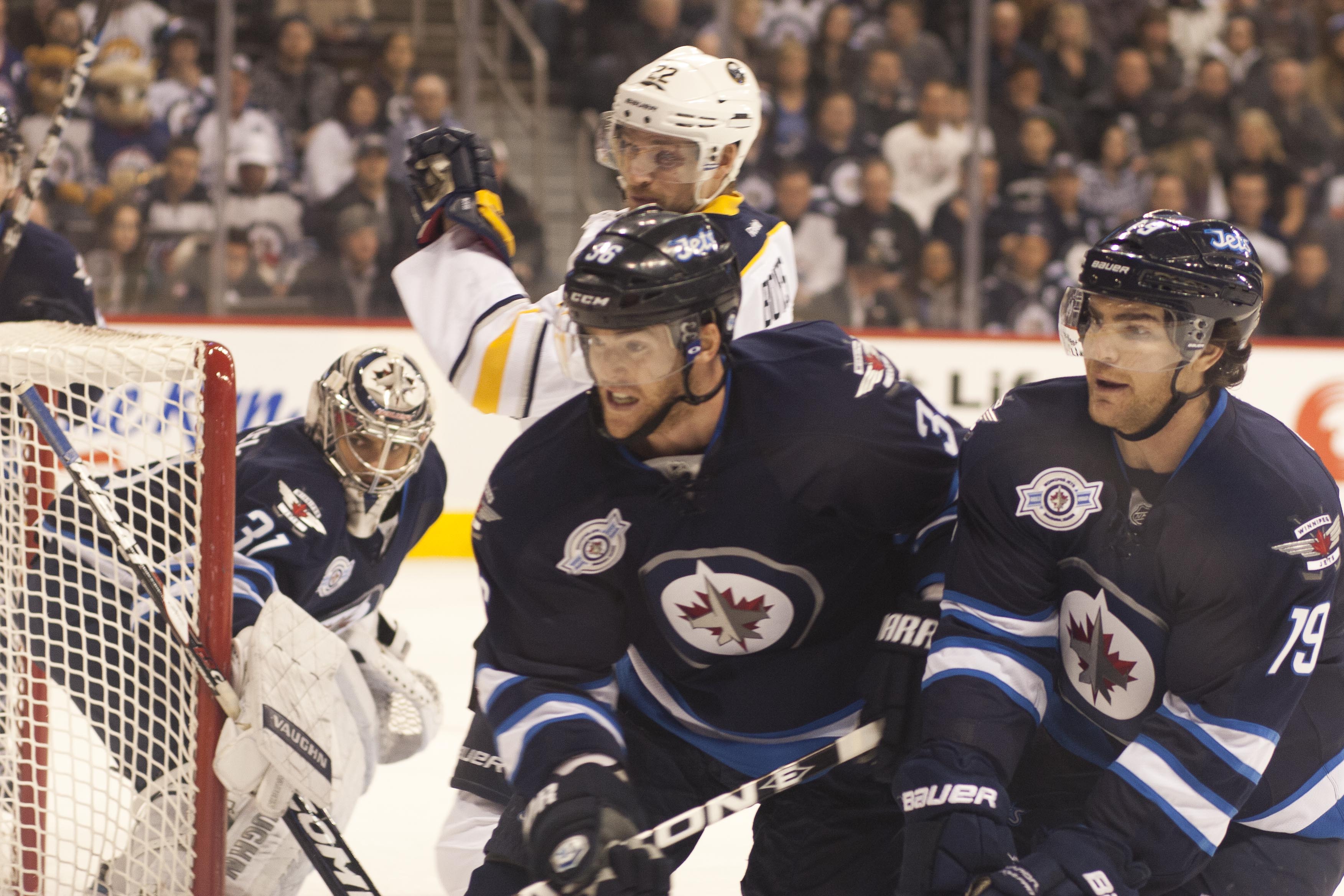 Okay Winnipeg fans, reality check: we’re overreacting. Bad things happen in hockey land. The specific things happening to the Jets are hardly of the sort we should be concerned with. A month of poor performance cannot come as a surprise to anyone monitoring the injury lists. None of the injuries appear to be career threatening. Fair weather fans would be well advised not to mistake a light morning-mist for a storm.

The organization will stay the course. Mark Chipman was emphasizing GM Kevin Cheveldayoff’s commitment to long term building as recently as Jan. 17, in a talk with the Winnipeg Free Press. Coach Claude Noel and Cheveldayoff are playing a chess game, not tic-tac-toe.

Midseason slump aside, the franchise looks poised to continue building momentum heading towards the trade deadline. The top notch D-men at the heart of the multiple threat offence — with the possible exception of Oduya, who will be an unrestricted free agent at season’s end — are looking like they’ll be around next year. Dustin Byfuglien, Ron Hainsey, Toby Enstrom, Zach Bogosian and Mark Stuart are all under contract for 2012-13.

A look at game rosters over the last few weeks reveals evidence of the sort of depth at the back end that wins championships. When they can scratch Postma and Bogosian and still manage a convincing 4-1 win against the Buffalo Sabres, as the Jets did on Jan. 19, it’s safe to say their blue-line is not a problem.

Bogosian returned to the line-up for Saturday’s bout with the Florida Panthers, after missing five games with a lower body injury. He looked solid all night long, not missing a beat in either his fearless pursuit of the puck or quarterbacking the team out of the Jets’ zone. Enstrom, though a bit off rhythm on the defensive side of the puck, has recovered from his horrendous collision while playing for Sweden in 2011 and, as of Jan. 22, is sitting on a four game point streak.

It’s time to talk about the all-star absent from the locker room. Byfuglien is the undisputed leader of the Jets power-play attack. Though he has only managed a single goal with the man advantage this season, he leads the team in assists with eight in power play situations. Add to that the fact that the 120 kg man can skate and that is a lot of quality missing from the line up.

The current slump is due in part to shifts in the line up, not a lack of talent. Miscues, from the opposition’s blue line back, are rampant.

I’ll return to Enstrom for the perfect example of the Jets’ crisis signaling opportunity. An assistant captain ought not be indecisive on the wrong side of a two-on-one, but on Jan. 19 Enstrom cost his goalie the shut out by not covering the pass that preceded the Sabre’s lone goal. Hopefully the franchise can mirror Enstrom’s course in that game — he went on to extend his scoring streak to three games (where it ended on the 22nd) with a signature snipe from the point. He was awarded first star in the win.

His performance against the Panthers two nights later can serve as a caveat here: Enstrom tallied a gorgeous assist on Burmistrov’s goal, but blew the game with an own zone giveaway in the third. Mental errors must be ironed out.

There is work to be done. Strangely — if you’ve been listening to pundits call for more scoring — that work ought to be focused on minimizing defensive breakdowns. Winnipeg’s multi-threat back line is only as scary as their plus-minus. Back-checks and blue-line stands call for the same exuberance the team displays in the offensive zone. Expect the organization’s impressive brainpower to be all over this.

Once again, it does not help that Byfuglien is out. Although poor positioning was common to the giant’s play early in the season, Noel’s wisdom was beginning to shine before the big man’s injury. Byfuglien’s play was starting to look comparable to a young Chris Pronger.

No. 33 was seen skating over the weekend. Expect a returning Byfuglien to be more comfortable than ever with his move to D.

Winnipeg is adjusting, not flopping. Anticipate a correction in the Jets’ flight path as the back end steadies after the all-star break.