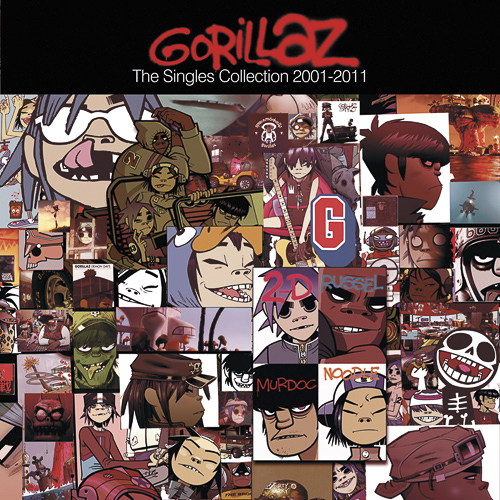 The latest from the critically lauded Gorillaz — a collection of singles spanning the group’s career, dating from 2001 to 2011 — provides a set of self-confident songs from the band’s rich catalogue. After the breakup of the successful Brit-pop band Blur (most notable for their hit “Song 2”), lead singer Damon Albarn, with the assistance of comic book artist Jamie Hewlett, set out to form Gorillaz. The goal was to create the first true “virtual band” complete with characters and a developing story.

Although the plot line of the albums may be a bit bizarre — bass player kidnaps vocalist to make album? — and parts of the multimedia experience, such as the Plastic Beach game, may not have held the public’s interest over the years, there is no question the Gorillaz have generated their fair share of hit songs over the last decade. From the groundbreaking “Clint Eastwood” to recent singles like the underrated lullaby “On Melancholy Hill,” all the biggest singles are on this album.

What struck me when listening to the album was the consistent quality from song to song. Although the humorous “Superfast Jellyfish” is definitely not as solid as the classic “Feel Good Inc,” there really aren’t any bad songs on this album. Gorillaz has been known to dabble with other genres — like dub music, soft-rock and 80’s synth music — and feature numerous guest singers — from Snoop Dogg to Lou Reed. It is this creative thinking by Albarn that has kept Gorillaz repertoire more appealing than many other bands.

While listening to the album in full, you can also understand the formula that goes into making a Gorillaz single. Most of the songs on here are based on a strong groove, carried by the baseline. That isn’t to say it’s at all repetitive. Songs such as “Stylo,” off the latest album Plastic Beach, demonstrate this point — it captures my attention for every minute. How could the likes of rapper Mos Def and R&B singer Bobby Womack on the same track not impress?

There are two remixes on the album — sort of a bonus, though nothing to write home about. If you buy this album, you are buying it for the original songs from the original albums.

With the windup of their tour in 2011, and a Blur reunion on the way, there is some concern over what the future holds for the first virtual band. But this collection provides a strong summary of Gorillaz’s direction since inception.