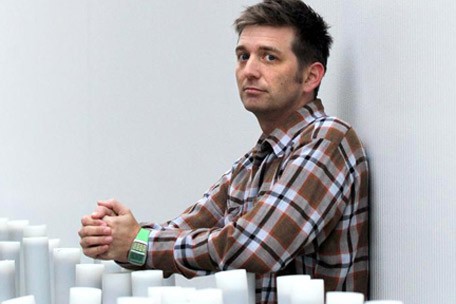 They say you should always write about what you know. If that’s the case, Weakerthans frontman John K. Samson knows his home province of Manitoba very well.

Released late January through Epitaph/ANTI- Records, Samson’s solo project entitled Provincial aims to provide the listener a type of map that can be travelled by means of the album’s track list. It’s the first full-length solo studio album put together by Samson, and one that, by his own admission, didn’t come together as part of a grand design.

“The original idea was to do three of those 7-inch EPs (each based on a particular stretch of road in Manitoba) but I came to the third one and realized I wanted to do a fourth, and then got enamoured with the idea of having a record where, if someone had a car and a couple days of free time, I could take them to the location of each song.”

Those two first 7-inch EPs are otherwise known as City Route 85 and Provincial Road 222. The former is a tribute to the stretch of Winnipeg road otherwise known as Portage Avenue, while the later refers to the particular Manitoban road that links the towns of Gimli and Riverton.

Having decided to focus on a full album, Samson then turned to an old friend, producer Paul Aucoin, to help arrange the material, mixing the old with the new in a comprehensive, cohesive manner. As for the album’s title, the meaning is simple yet accurate.

“Partly I thought it was sort of funny,” says Samson about Provincial, “the idea that writers from the geographical margins of the culture are sometimes accused of being ‘provincial.’ And partly I wanted to own that label, as the record is very specifically about four stretches of road in Manitoba.”

For fans of Samson’s past projects, there are certainly some elements reminiscent of past Weakerthans releases — such as the material in albums Reconstruction Site and Reunion Tour. But there is also something strikingly different about the theme of Provincial, something Samson ascribes to conceptual nature of designing an album around specific geographical locations in Manitoba.

“Provincial is certainly a bit more conceptual,” says Samson. “I knew where the songs would be set before I started, so it had its own internal logic that I sort of just followed. Also, the other members of the Weakerthans contribute a considerable amount to our records, so it was a bit scary working without those guys.”

Many of the songs in Provincial are obviously inspired by these specific geographical locations (and times within those locations). Despite this, Samson says it was never part of his thought process to write the material trying to please a universal audience, rather than a proximal one.

“I just wanted to make a sort of musical map of these places,” says Samson, “try and express something contemporary and historical about the landscapes; try to give a sense of each road. I find that the specific is usually universal in the sense that listeners connect it to the place that they are from or live.”

Of course, Weakerthans fans ought not fret too long; Provincial may be a solid album but the solo act isn’t something Samson thinks he’ll be making a serious habit of indulging.

“I don’t think so, I think of this record as sort of a fluke. We are starting to lift the corner up on the next Weakerthans record, so we will start writing that this year, after I’ve toured Provincial a bit.”

Before ending our conversation with Samson, we at the Manitoban made sure to ask the Winnipeg songwriter if there was anything left unsaid about life in Winnipeg, MB that turns his crank musically, any unconquered horizons that still loom in his mind.

“Winnipeg is endlessly fascinating and odd and frustrating and great,” says Samson. “I will be sad to see the old stadium go down. I’ve been reading about the Winnipeg Whips, a Montreal Expos farm team that played at the stadium for one year in the early seventies. Likely a good story there.”