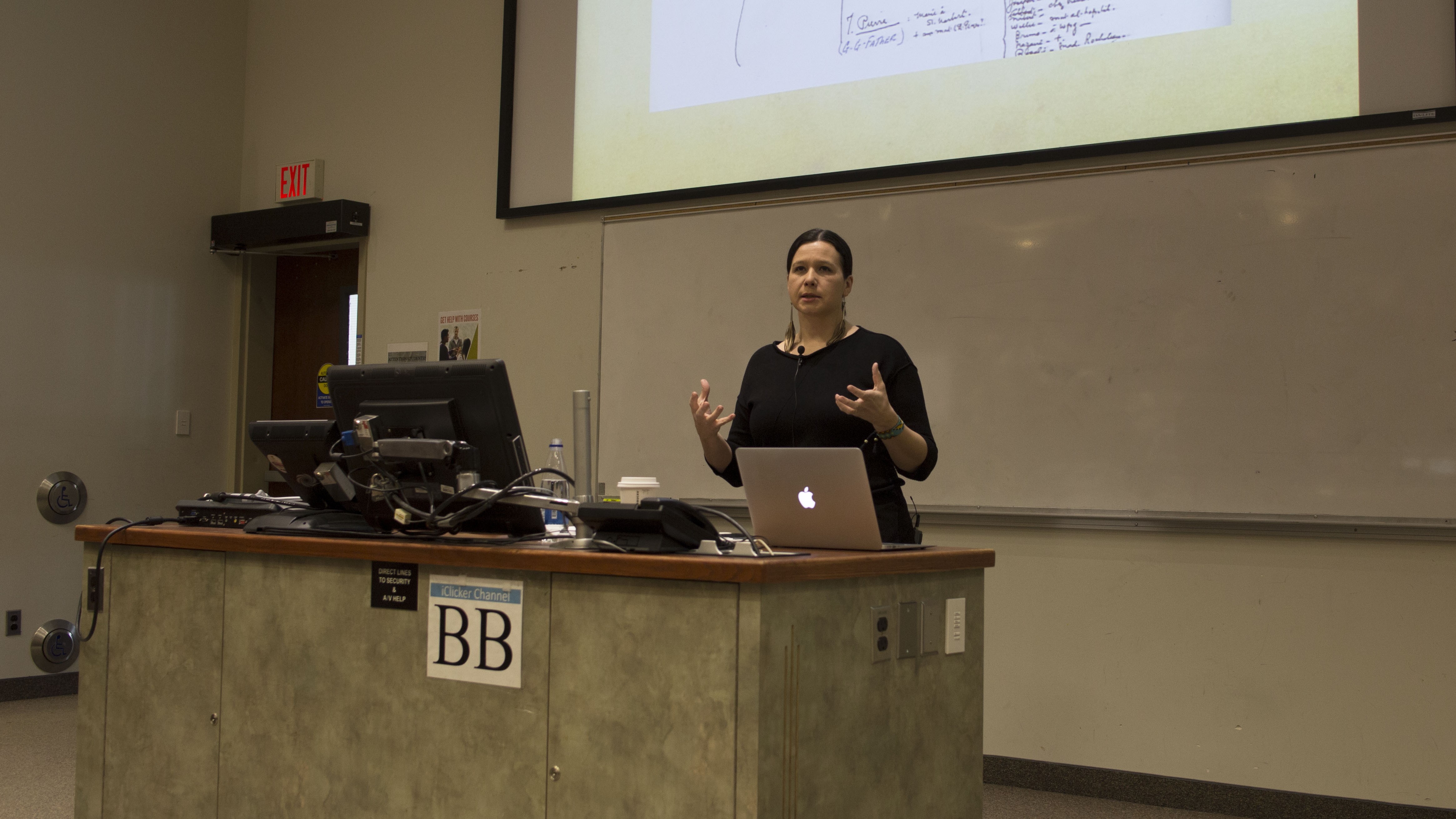 “I was recently shown a treasure trove of old family photos and have started writing poetry about them, and the experience of diving into family lineage and stories,” said Vermette.

This exploration of her own past inspired her lecture and current projects.

In 2013 Vermette won the Governor General Literary Award for Poetry for her first poetry book, North End Love Songs. Her second poetry book river woman, published last autumn, follows a rich list of other books all revered for her style of writing, such as her novel The Break which won several awards including the Amazon Canada First Novel award 2017.

Vermette’s river woman can be viewed as a celebration of the Indigenous identity. Her work evokes a sense of pride for her identity in conjunction with a sense of sorrow for the past.

Some of Vermette’s work explores the symbolism that the Red River holds in Indigenous culture. Many of her stories are centred around women.

“Katherena is known in Winnipeg and beyond for her beautiful writing, which is brimming with familiar places, with Indigenous girls and women, with birds and with the Red River herself,” said Unrau.

When Vermette began her talk, her genial disposition quickly filled the room with laughter, creating a closeness with her listeners as she presented her family history through a series of pictures taken throughout the past century, dating back to the late 19th century. Very soon the lecture resembled a gathering of enthusiasts in meeting their favorite writer.

Vermette decided to treat the lecture as an extended poetry reading while presenting these photographs.

The first poem recited at the lecture was from river woman entitled “when Louis Riel went crazy,” a poetic rendition of the history of Vermette’s ancestry and Riel’s role in the 1869 Métis uprising.

The second poem Vermette recited was called “our ancestors there,” going hand in hand with pictures of her family home when forced to resettle at what is now Bishop Grandin Boulevard. Each poem was accompanied with a family photograph, helping the audience visualize the faces of characters that have so deeply shaped Vermette’s identity.

“You’re really relying on the people that came before you and documented.”

The lecture ended with the recitation of “Mémère,” a poem written as an homage to her deceased grandmother, who is characterized as a woman of immense strength and perseverance captured from the perspective of 12-year-old Vermette.

“I do think I’m a poet first, I do think poetry is very much my home.”