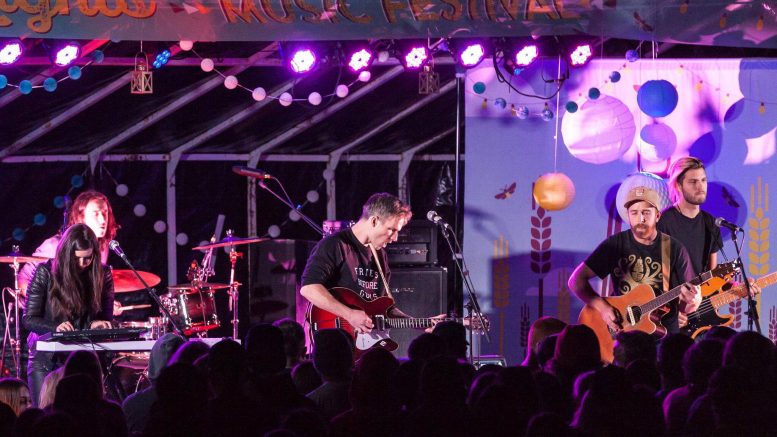 The second edition of Summer Lights Music Festival is set to take over Brandon in early September, and festival prep is kicking in full swing as the days count down.

Taking place at the Keystone Centre on Sept. 9, the one-day festival will feature headlining performances from Royal Canoe, The Zolas, and William Prince.

Rounding out the lineup are JP Hoe, Dave Quanbury, Sweet Alibi, Richard Inman, Lanikai, Shotgun Jimmie, and more.
Organizer Dylan MacDonald encouraged festival goers to show up early to the fest to see some of the great local acts.

“I hope people make a point of getting there early because our daytime artists are incredible,” he said. “A few personal favourites are Richard Inman, Sweet Alibi, and Shotgun Jimmie.”

In its first year, the festival hosted notable performers such as Said the Whale, Joel Plaskett, and Terra Lightfoot. Two consecutive years of strong line-ups is a great start for this young festival which, with time, should only grow in popularity. The tickets for the show are inexpensive and in addition to music, the festival offers free camping, good food, and craft vendors. The fully licensed festival is taking off quickly MacDonald is amped up.

“I’m really excited to have Royal Canoe and The Zolas closing out the night this year, obviously most people know of Royal Canoe, but I feel The Zolas are a great pairing with them,” he said.“They’ll be out from Vancouver and their sound is a little more retro, so I think they’re a perfect fit. Will Prince is also amazing – we try to make sure people feel some feelings before they dance their pants off.”

With Summer Lights coming up soon, Winnipeggers and Brandonites should start heading over to the many ticket locations to snag a few.

Tickets for this show are just $20 for students and $30 for general admission if purchased in advance. Tickets can be purchased online, at Little Sister Coffee, Thom Bargen Coffee, Music Trader, in Winnipeg and Ted Good Music/Fraser Sneath Coffee in Brandon.