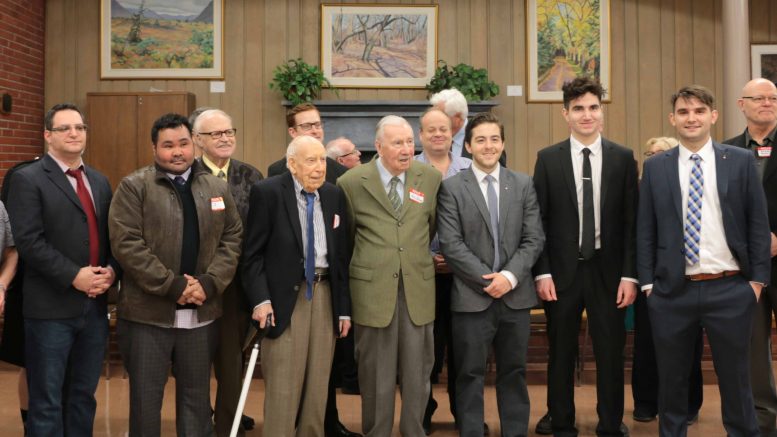 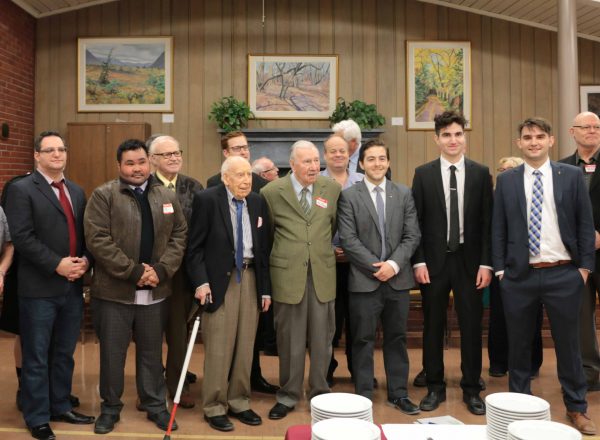 The Paulinian, the official student newspaper of St. Paul’s College, turns 75 this year. To celebrate, a former editor is compiling a special retrospective issue featuring clippings from several old issues and new contributions from former editors.

“It features alumni, it features current students, it brings everyone together – Paulinians all, as we call it,” said Matt Semchyshyn, who briefly served as editor of the Paulinian before being hired as the marketing and communications officer for the college.

The Paulinian was founded in 1941 as the Crusader. The name was changed in 1956, shortly before the college moved to the University of Manitoba’s Fort Garry campus, leaving St. Paul’s High School behind in central Winnipeg. A paper called the Crusader still survives at the high school.

Production of the paper lapsed in 2008. In 2013, as senior stick for the St. Paul’s College Students’ Association, Semchyshyn was instrumental in reviving the paper. A relaunched edition was published in March 2013, and new issues have been released regularly, once or twice a semester, since then.

The Paulinian provides an outlet for students to write about a variety of things, from the social, academic, and athletic affairs of the college to more high-minded topics. The first issue of the paper, released in December 1941, features front page stories titled “Dramatic society scores again” and “Catholic and socialist are contradictory terms.”

The spectre of the Second World War loomed over the early issues. The first issue contains an ominous reference to conscription, which was debated at the federal level throughout the early 1940s.

“Those issues are very – they’re kind of sad to read, too, because they’re talking about different casualties of war, different students that had passed away,” Semchyshyn said.

Semchyshyn said he also noticed a roguish wit in the early pages of the Paulinian. The paper’s content was moderated by the Jesuits, but students tried to see what they could get away with.

“They’re witty, and that’s what’s so different from now. The sense of humour is very different,” said Semchyshyn. “Back then it was very clean. We just interviewed one of the editors […] and he was talking about that they tried to push the limits back then with what they could put in there. They wanted to prank people but in print.”

One notable example was the “Miss Paulinian” contest, in which students were supposed to submit a 50-word statement explaining why they should be the one to escort the (fictional) “Miss Paulinian” to the college’s annual dance in 1958. Entries were to be judged on “originality, sincerity, and neatness.”

The editors said they received 300 entries from a student body of around 100. The gag was a ploy to try to get more students to attend the annual dance, and it landed the editors in hot water with the Jesuits.

Semchyshyn has been tracking down former editors of the Paulinian to interview them or ask them to contribute to the retrospective issue, which will feature new content alongside clippings from the archived issues.

Some notable past editors of the paper include Arthur V. Mauro (who went on to a successful business career and terms as chancellor of the U of M and Lakehead University), Christopher Guly (the Canadian correspondent for the Los Angeles Times), Ken McKinnon (former commissioner of the Yukon), and Martin O’Malley (a CBC journalist). Paul Adams, the first editor-in-chief of the Paulinian, is the father of Chris Adams, the current rector of St. Paul’s College.

“What’s significant is that this issue features articles from a lot of people who actually had careers in the news,” Semchyshyn said. “So one of the people who wrote for the project was Marguerite McDonald, and she was a reporter for CBC.”

McDonald, who was a nun for 12 years before becoming a professional journalist, died of cancer in 2015. Semchyshyn said the retrospective will feature the last article McDonald ever wrote. A few other editors have also passed away since submitting their pieces.

“Almost all the living editors wrote something, whether it’s an article or sending in a congratulatory note,” Semchyshyn said.
“I don’t think any of these people thought they’d ever write an article for the Paulinian again.”

The retrospective issue of the Paulinian will be published in mid-September.