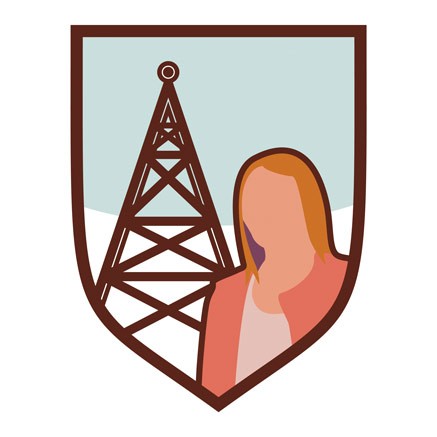 On this podcast turned radio show, Bieniarz gives listeners an opportunity to hear more in-depth conversations with successful local musicians about their lives, their art, and their accomplishments.

Winnipeg Music Project airs on UMFM every Wednesday between 11 a.m. and 12 p.m., and is posted in podcast form to Bieniarz’s personal website.

It began as a personal project to conquer stage fright and performance anxiety, but Bieniarz’s show is a valuable tool for fans of local music, as well as musicians both emerging and established. The show explores the artist on a more personal level than simply their next album, show, or tour, and uses their music as a vehicle to navigate through the artist’s experiences.

Essentially, other music interviewers might ask for the CliffsNotes where Bieniarz wants to read the book.

“I asked questions I wanted answered instead of focusing on what people might want to read about. I want to know what kind of training they have, how they got involved with the music community, and if they had any advice to share with other musicians who either look up to them or want to follow the same path,” explained Bieniarz.

“Being a songwriter myself, I really like to ask what kind of music they listen to, and what inspires them to write. I’m always willing to learn new songwriting styles, and tips to improve my own songwriting.”

Local folk/country guitarist Logan McKillop was featured in a recent interview where he talked about his touring experiences, songwriting, and performance opportunities among many other things.

“Ashley is invested in showcasing the heart and soul of Winnipeg musicians through her work with the Winnipeg Music Project. She creates a very welcoming atmosphere for artists to share their story – sitting down with her was a real pleasure,” McKillop told the Manitoban.

Bieniarz initially focused on booking solo guests, but recently got the chance to sit down with local rockers Summer Dwellers to face her fears, a common theme in the creation of the Winnipeg Music Project.

“When I was still doing written interviews on my blog, the idea of a full band talking all at once terrified me because it would be insane to transcribe everything effectively,” said Bieniarz.

“Now that I don’t have to worry about that barrier, I’m all for meeting with the whole band. I could focus on hearing everyone’s different point of view of being in the band and experiences they’ve gained since they’ve joined the band.”

Winnipeg Music Project is still only a few months along, and Bieniarz is hoping to change up the program little by little so that she can ride the wave of her successful format.

“I don’t really know where the show is going. I’ve been taken by surprise so many times that I can’t make any promises,” she said.

“I know that I’m always willing to have new bands and artists from any genre no matter how big or small their project is, so I can say that you’ll always be in for a surprise as to how amazing and diverse the Winnipeg music scene really is.”

Most recently, Winnipeg Music Project has expanded to an hour-long timeslot, giving listeners twice as much material from Bieniarz and her guests.

“Right now, I’m just seeing where the episodes naturally move and building off of that. I want the interviews to be as fluid and as natural as possible, without it feeling like I’m pulling questions out of thin air.”

To learn more about Winnipeg Music Project and download the latest episodes, visit www.umfm.com or www.ashleybieniarz.com/about-winnipeg-music-project

Turning to tunes through trials and tribulations