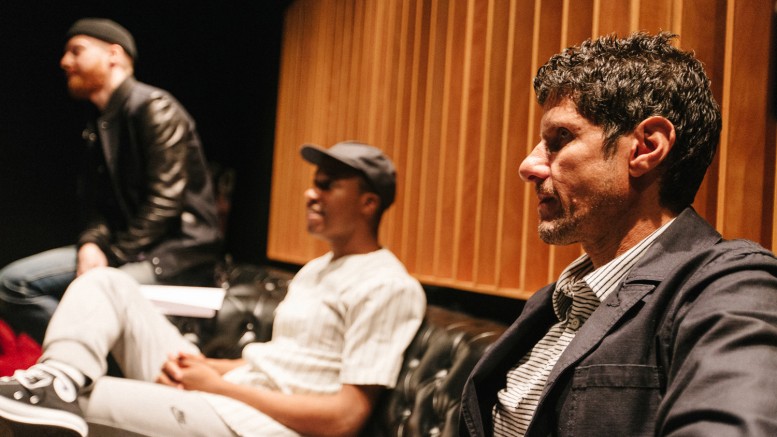 On Friday, Jan. 8, University of Manitoba students can ring in the winter term at the Hub with local hip-hop outfit the Lytics.

Students at the U of M have a long-standing and fruitful relationship with the Lytics. Band member Andrew Sannie estimated that the group’s been playing events for the University of Manitoba Students’ Union (UMSU) for the past five years.

“They’ve been extremely supportive of us,” Sannie said of UMSU.

“It seems any time they have an event they keep us in mind, and we really appreciate that.”

According to Sannie, the Lytics have now performed at a variety of locations on the U of M’s campus including University Centre, the Max Bell Centre, and outdoor locations.

“This is [Hub manager] Brandon’s back-to-school party for the bar. It’s just fantastic that it’s on the Friday and it starts setting us up for next week and all our celebrations,” said Zach Leclerc, UMSU’s vice-president internal.

“We had the Lytics [for Frosh Fest] in September. Now Brandon has them to show off the bar and the sound system […] I think he wanted someone with a little more pull, and that a few more students would know.”

UMSU’s vice-president student services, Jessica Morrison, cited the Lytics’ clear connection to U of M students as a possible factor behind their frequent performances on campus.

“If anything, it may just be word of mouth. It’s through that sense of community that they’ve fostered that they’ve remained an integral part of our programming throughout the years.”

The Lytics have been exceedingly busy since their Frosh Fest performance. According to Sannie, the group has toured Japan, Poland, Germany, the United Kingdom, and the Netherlands. In addition to this, the group has continued to work on a new album, which Sannie estimates will be released in March or April.

The Lytics even found time to record in Brooklyn during September for Converse’s Rubber Tracks recording sessions, receiving the opportunity to work with Mike D of the world-renowned hip-hop group the Beastie Boys.

“He was more like a fly on the wall, and would throw in his two cents here and there. It was really valuable just to have someone with that much experience in the room, giving us not even necessarily guidance, but his own opinions.”

The following week, UMSU’s Winter Celebration Week – which runs Jan. 11 to 15 – will continue the winter festivities. Morrison told the Manitoban that this year will feature “something different for everyone.”

“We have our traditional free breakfasts every single day, as well as some of our more traditional programming like Sing for Your Lunch and Supper at Degrees and the Hub as well,” said Morrison.

“We’re also highlighting faculty and student group events throughout this week […] the Arts Student Body Council book sale that’s taking place in Fletcher Argue throughout that entire week. This is more of an inter-faculty event, [the faculty of engineering] is having their Eng Week this week as well.”

According to Morrison, the U of M’s Greek council (Manitoba Greeks, a student group mainly comprised of three sororities and three fraternities on campus) have scheduled their “Greek week” for the same week, which will feature recruitment to the frats and sororities along with other activities.

Last but not least, Morrison stated that the faculty of education will host a “paint night” on Jan. 15 at the Hub.

Similar to 2015, UMSU’s second annual Frost Fest will feature performances from several local groups on Thursday, Jan. 14 in University Centre’s multi-purpose room. This year’s local talent will give students a taste of indie, folk, and country with performances from Yes We Mystic, JP Hoe, and the Bros. Landreth.

Check out the Lytics and opening act DJ Dominic at the Hub’s back-to-school bash on Jan. 8. Tickets are $8 in advance and $12 at the door. Advance tickets can be purchased online via www.diyobo.com or in person at the Hub.