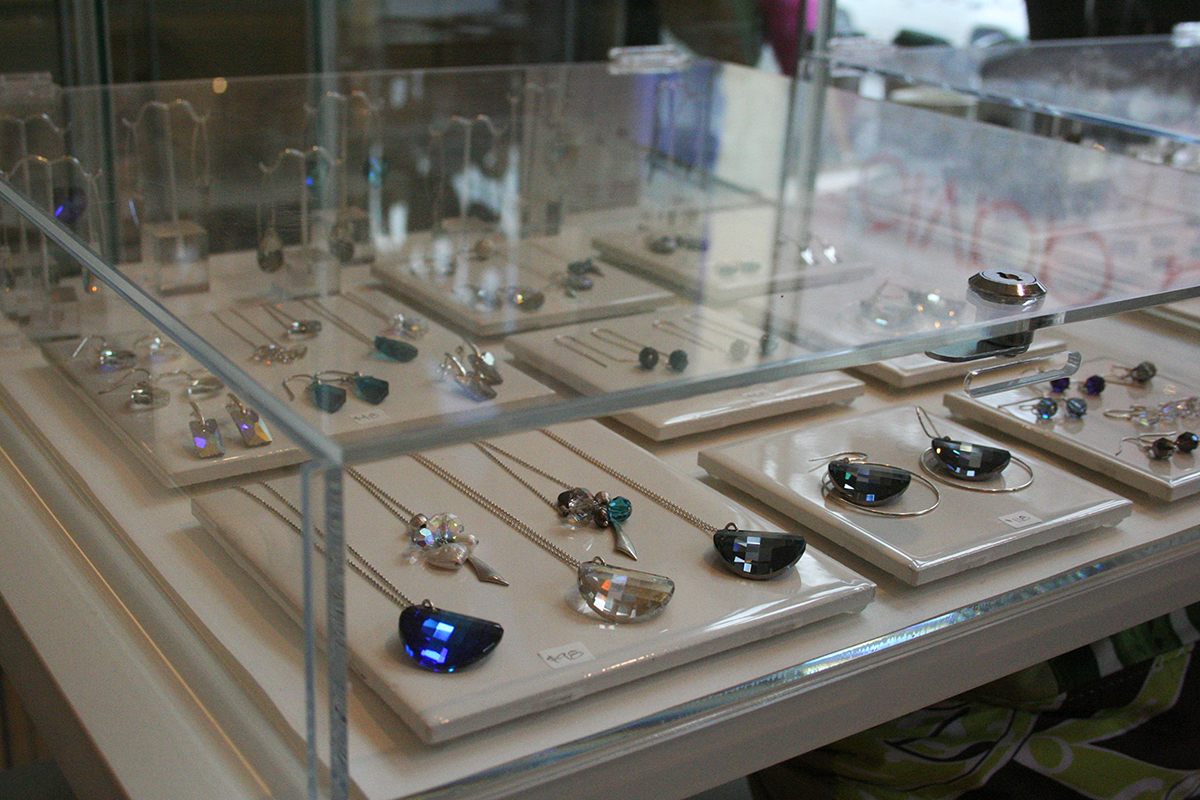 Finding work in the creative field is hard; working freelance jobs in between shifts at various establishments in order to scrape together a livable wage is all too common. But for Tara Davis, the solution was simple.

“I knew I wasn’t the kind of person who wanted to make things tucked away in a studio. But I would work my job and then go to my studio, and they were two totally different things. Often, I was at the studio at not my ideal times because I was working during those times,” said Davis.

“What I really wanted was to have a studio where I got to work with the public and actually make a living wage. The best part is that I get to work within my work.”

The result is an eponymous amalgamation of shop, studio, and gallery – Tara Davis Studio Boutique.

The shop had humble beginnings in Nelson, B.C., in a tiny—300-square-foot—space rented by Davis.

“I had actually shopped in there a year earlier and when I left the shop, I thought that’s exactly what I wanted to have as a shop one day, that space. And then it was for lease, and I took the plunge. I rented it and moved in four days later to set up my shop. And it wasn’t scary because it was so little.”

Equipped with enough studio space to set up her loom in the back of the shop, Davis opened for business by recruiting fellow creatives from Winnipeg to provide merchandise to sell. Soon, Davis found herself the carrier of over 30 different makers within the walls of the tiny shop.

“The focus became much more on supporting other local makers. I knew I liked working retail but I thought initially that the focus would be on my making. But I actually really like working in the shop and supporting other makers. That part has really grown,” said Davis.

Pulled back home by her heartstrings, Davis returned to Winnipeg and opened another location in the Exchange District.

“It was really perfect for me because I would have not necessarily had the courage to open up a shop in Winnipeg,” said Davis.

“Winnipeg is actually home. I was born and raised here, and have left three times but I keep coming back because it’s my favourite place. Sometimes I forget that and I take off again, but then I realize I want to be in Winnipeg.”

The new location came with more square footage and the opportunity to feature more makers from across Canada in her shop. Endowed with her experience at the Nelson shop, Davis was apt to expand her expertise.

“In the beginning, I used to pick things I thought my mom would like or my little sister would like. And I liked them, but I was picking them thinking who the customer would be that would get it. Whereas now, it’s really just what I’m drawn to; I have to love it.”

Davis searches across Canada for handmade merchandise to feature in the boutique, but for the gallery located within the shop, she stays local.

“Throughout the shop, it’s across Canada and not just because it can be, because I really want it to be to have that variety that you don’t necessarily get when it’s from such a small region. With the artwork, I think there is just so much talent in Winnipeg that it doesn’t make sense to look elsewhere.”

While the majority of artwork showcased in the gallery goes through a vigorous selection process, Davis said she has to bypass the process for certain artists.

“You don’t plan on some encounters. Michael Turner walked in off the street in November and wanted to show me his art, and I wasn’t going to look at it because things were starting to pick up for the holidays. But he told me that he was actually homeless and was hoping to show it now, rather than next year. So just upon meeting him, I decided that I really wanted to work with him,” said Davis.

Through the gallery in her shop, Davis is also able to make art more accessible to individuals who would not visit a traditional art gallery, which she believes is important.

“I really try and have it be more salon style, where artists are willing to let us group things in and layer them up the wall. I find that’s how people find the art more accessible. Here, it literally is someone buying a pair of earrings or buying a card that sees the piece and loves it. I think it’s so exciting to be able to make the art more accessible. I love that.”

Tara Davis Studio Boutique is located at 246 McDermot Avenue, and is open Monday-Saturday from 11 a.m.-6 p.m.

U of M helping to make our roads better