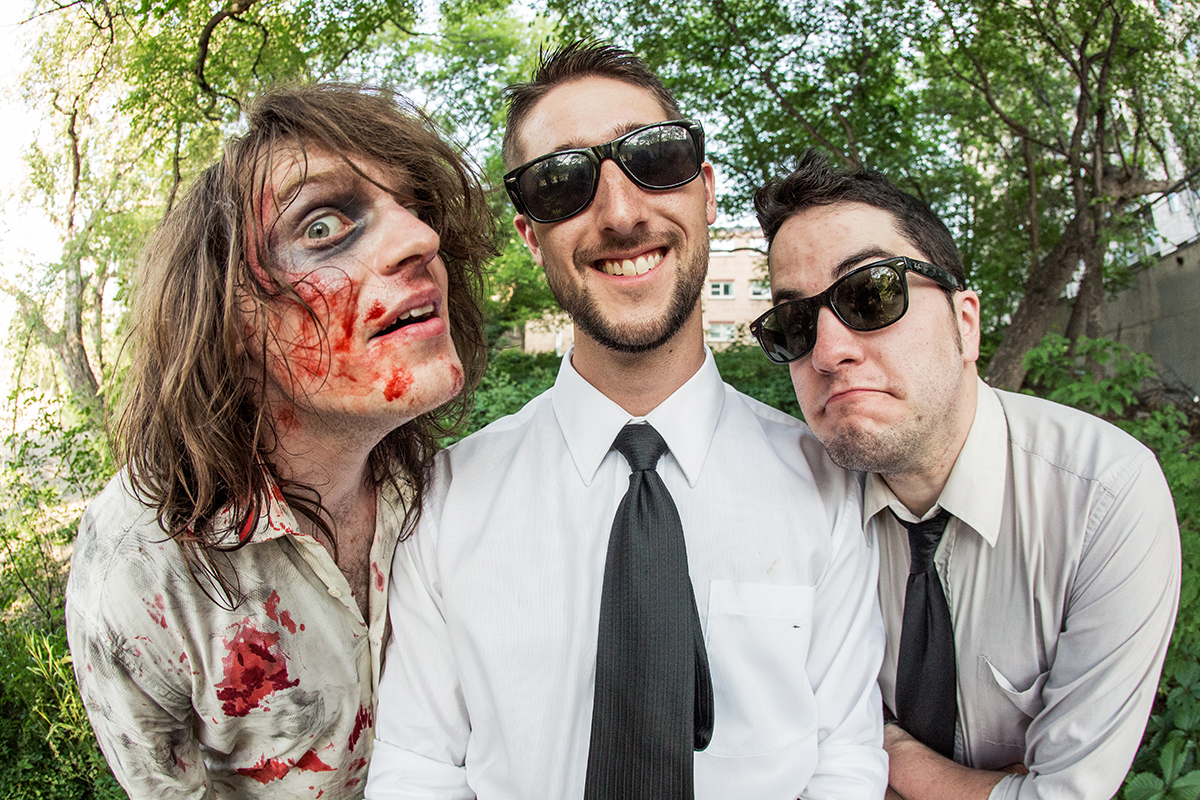 When it comes to blending retro aesthetic with robot invasion, no one in Winnipeg has the musical concept down quite like the Thrashers. Focusing their efforts on punk rock and roll, the Winnipeg trio is set to release their new album Robot Invaders from the Death Galaxy at the West End Cultural Centre on March 28.

The Thrashers’ music is a throwback to retro genres, with the group citing influences of ’50s rock and roll, ’60s surf rock, and ’70s punk rock. The group started with two friends, Jesse Bercier and Iaian Loeppky, and a humorous inspiration.

“Iaian and I [ . . . ] started writing a few songs together after agreeing that the concept of a surf band from the prairies was both a funny concept and something that we should take a stab at,” explained Bercier to the Manitoban.

Rounding off the trio with Sean G. on drums, the local band has gone on to release three albums since its conception in late 2007. Their last release was 2012’s Ramp Locals, a three-song EP described as an essential for anyone who skateboards.

Robot Invaders from the Death Galaxy, their newest full-length album, is comprised of 10 songs taken from the group’s live set. Named after one of their songs, the album is rooted in the idea Bercier and Loeppky had of making a short film involving robots invading Earth.

“We figured a title like Robot Invaders from the Death Galaxy was equal parts straightforward, humorous, and intriguing,” said Bercier.

While the group notes thatthe record is not a concept album, many of the tracks detail elements surrounding a “mechanical invasion.” Songs such as “Dynamite,” presented as a quick 99 seconds of rock and roll music, give the impression that there will be an even faster tempo when performed live.

With the Robot Invaders from the Death Galaxy receiving a proper release at the WECC, expect the show to be just as extravagant as the album title. Along with the band’s developed live show, the release party will be a full stage show featuring a nine-foot-tall robot.

“We like to think we’re putting our own ’50s sci-fi twist on an Alice Cooper stage show,” explained Bercier.

The Thrashers take the stage at the WECC on March 28 with punk acts the Zorgs and Mobina Galore. Tickets are $12 in advance and are available at Into the Music and Music Trader.

Out of the frying pan, into a union

Snowpants will never be sexy