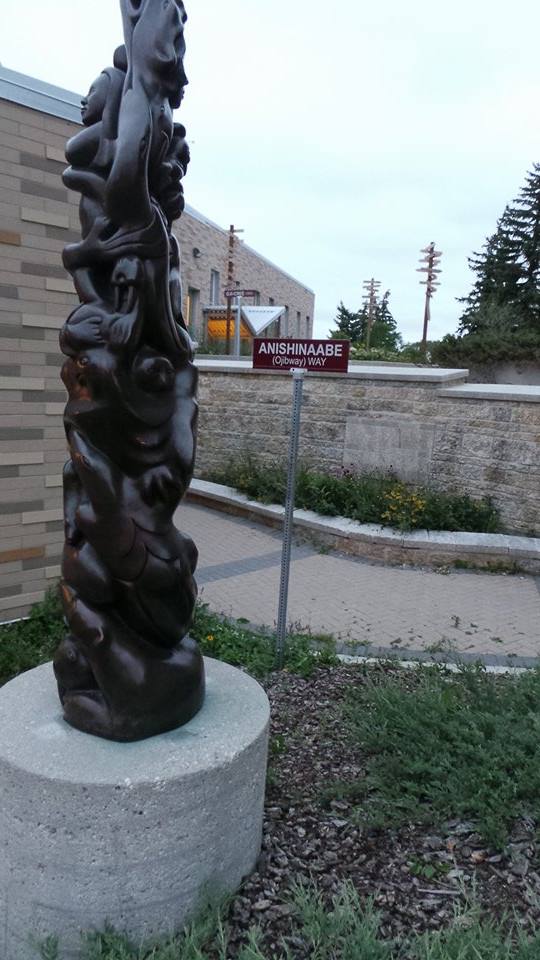 Less than 48 hours following the day of the Winnipeg civic election which saw a third place finish for former mayoral candidate Robert-Falcon Ouellette—who just announced that he intends to run in the 2015 federal election with the Liberals for MP in the Winnipeg Centre riding—Ouellette said that he is developing a business plan to start an indigenous post-secondary institution.

Ouellette said his plan is “to create a privately-funded, elite university that would cater to indigenous students.”

In his opinion, educational institutions are not fully meeting the needs of aboriginal people across the province.

Furthermore, Ouellette said that there is a need for an indigenous-focused university in Winnipeg. The university concept that he proposed would operate at a high cost to reflect an equally high value of academic standards for about 500 students with an endowment fund to reduce the tuition costs.

Indigenous enrolment
The University of Manitoba’s overall 2014 fall term enrolment as of Nov. 1 was reported at 29,657 students. This total represents a slight decline of 65 students—about 0.3 per cent—compared to reports from this same time last year. Over the past few years prior to this recent minor reduction, the U of M had been steadily increasing in overall enrolment by one to three per cent.

Indigenous enrolment was recently slated at 7.9 and 4.2 per cent for undergraduates and graduates respectively, and 7.3 of the general university student population during 2013-2014. Ten per cent of the city of Winnipeg’s residents and 15 per cent across the province of Manitoba were indigenous according to a 2006 Statistics Canada census.

The U of M Board of Governors approved a motion stating that “by 2023 Aboriginal enrolment should increase to 15 per cent of undergraduate and eight per cent of graduate enrolment.”

The approved motion was based on the strategic enrolment plan. This plan “serves as the road map to achieving specific institutional goals, typically connected to student body size, enrolment mix, and revenue, while also providing specific indicators on the effectiveness of the learning environment.”

The University of Manitoba claims to have one of the highest indigenous student populations across Canada, and seeks to meet the demographic demands of the province.

Indigenous enrolment at the U of W showed that in 2012, about 12 per cent of students self-declared indigenous status.

Ouellette said that reports on indigenous enrolment likely involve “a higher number of Métis and a proportion who do not declare [indigenous status].” The U of M recognized some of the challenges to university access and success faced by the populations targeted by the strategic enrolment management planning framework.

An aboriginal focus
Ouellette is the program director of the U of M Aboriginal Focus Program (AFP). The role of the AFP is to offer programs, certificates, and diplomas; take general courses from the university and then add an indigenous component to it; and try to get out into the communities to offer something community-based.

“The difficulty with that often is that the communities don’t have money to pay for the programs, and so how do you get enough students to fill up the courses?”

Ouellette said that the program is in a state of flux.

“It’s always hard to find money. The university wants new programming and they want it now but often it takes many years to push it through.”

The Aboriginal Focus Program is not a very large program. This program merged with the U of M Access Program to serve as a support network to increase student success.

“You’re in a university,” said Ouellette. “There are just certain things they just can’t do. The structure of the environment just doesn’t allow it.”

Ouellette gave an example of a hypothetical proposal for an educational program in environmental science on a First Nations reserve.

“By the time the program proposal makes it back to the community for implementation, the community may be under new leadership, or people have left and interests have changed.

“That’s the nature of universities, that’s how universities function; they’re slow-moving,” Ouellette said in regards to the university’s commitment to collaborating with indigenous communities on research that impacts them.

Ouellette’s planned privately-run, indigenous-based university might be in competition with the U of M, targeting the same portions of the population for student recruitment and fundraising purposes.

Ouellette said he is looking forward to his next challenge.

U of M participates in national Truth and Reconciliation Commission discussions