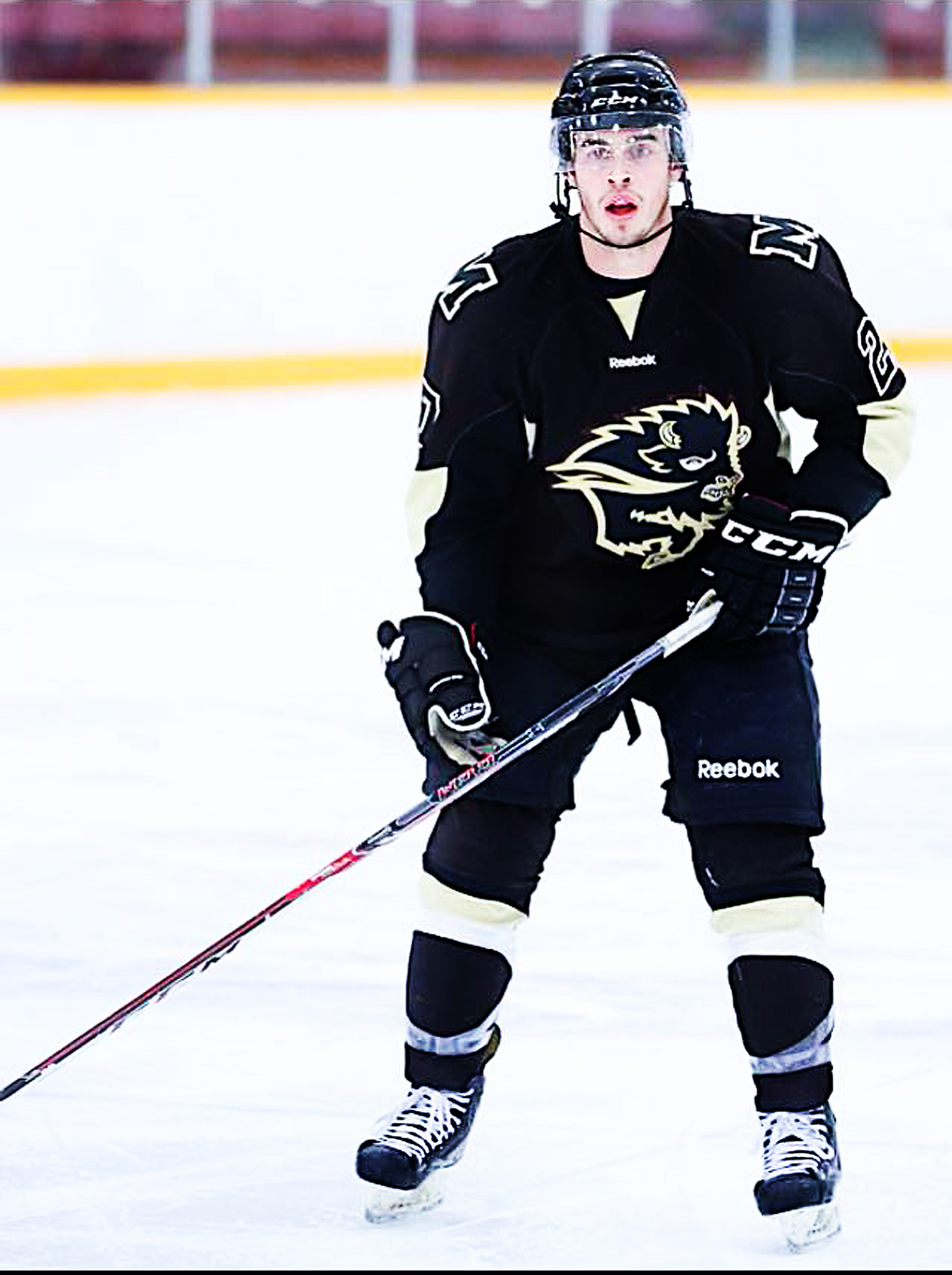 Jordan DePape’s hockey journey is a long one. The current forward for the Manitoba Bisons started with the sport when he was just four years old. According to DePape, his decision to play was initially made because of his hockey player brother Ryan, four years Jordan’s senior.

“He was my older brother, so I always looked up to him and he was a role model, so I just wanted to do anything he did,” DePape said.

“I obviously just fell in love with the game, and year by year I finally made my way onto junior, and had a pretty successful career there, and now I’m here with the Bisons.”

DePape has had a rather impressive resume up to this point. He was originally drafted into the Western Hockey League (WHL) in the third round in 2007 by the Brandon Wheat Kings. DePape was 14 years old at that time. In the 2008-09 season, his first year playing junior hockey at age 16, he was named the Manitoba Junior Hockey League rookie of the year, after producing 85 points in 55 games with the Winnipeg Saints.

That same year, DePape was named the captain of Team Canada West at the 2009 World Under-17 Hockey Challenge. The roster included current NHLers Jaden Schwartz and Quinton Howden.

Following his experience with the U17 team, DePape made his WHL debut the very next season. He played 22 games with the Brandon Wheat Kings before being traded to the Kamloops Blazers, where he spent parts of four seasons. In his six years and 144 games in the WHL, he accumulated 107 points.

In 2011, things were looking very promising for the young star. He was offered a free agent tryout with the hometown Winnipeg Jets – their first year back in the NHL. After a successful experience with Winnipeg, DePape was looking to take his game to another level.

Unfortunately, a dislocated left shoulder just five games into the 2011-12 season with Kamloops put him on the shelf. DePape stayed focused, though, coming back for the playoffs, where he tallied 13 points in 11 games. Once again, things were looking up.

Fate was sadly not on DePape’s side, however, as he dislocated his right shoulder the very next season. He underwent surgery, essentially ending his dreams of making it in the NHL at that time.

“At the time I was getting older, and that was something hard to deal with, just because it was your last shot type of deal,” said DePape.

Despite the adversity, the Winnipeg native has remained positive. While some people may have called it quits, DePape stayed focused, and chose to come to Manitoba for the 2013-14 season.

“At the same time, I was still able to come back and play university, and you never know, if I have a few successful seasons here with the Bisons, maybe there will be other opportunities elsewhere afterwards,” said DePape.

The right winger has done his part so far. In his first year with Manitoba last season, he put up 24 points, which was good for third in rookie scoring.

“It did take me a little while to transition, but especially after Christmas I think I really elevated my game, and became a young leader on the team,” said DePape.

Regardless as to what happens next in DePape’s career, he can be happy knowing that he fought through incredible adversity, and has made an impact at the University of Manitoba.