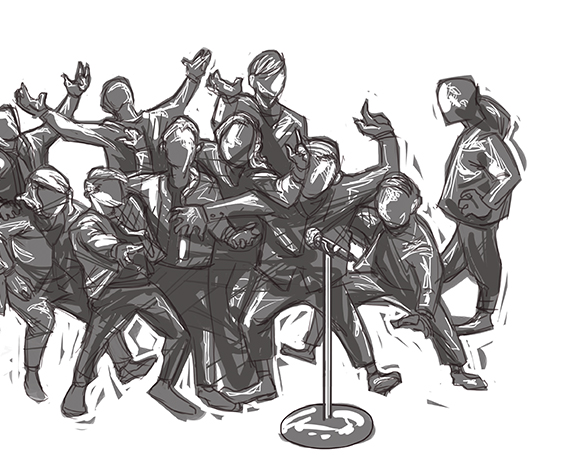 If you’re like most Winnipeggers, then you haven’t spent an outrageous amount of time following the #wpg14 hashtag, otherwise known as the lead-up to the 2014 City of Winnipeg election.

Campaigns have been saturated with attacks emanating from hyper-partisan politicos, and a never-ending deluge of selfies and photographs from council candidates. There has even been some mention of policy from a wide-ranging gallery of candidates. At last count, nine individuals were vying for the mayor’s chair.

It is probable that most Winnipeggers won’t vote in this election; according to the City of Winnipeg, turnout since 2002 hasn’t topped 50 per cent, with 48 per cent of citizens casting their ballot the last time around. Since that time, the city has been rocked by scandal, from real estate audits to police headquarter relocation overruns.

With that in mind, I’d like to bring up three different issues to follow in the lead-up to the election.

Winnipeg gets a bad rap for violent crime and is often referred to as the murder capital of Canada, which puts the city in a negative light. In the past few years, the city has tried to reform this perspective by investing a fair amount of money into the police service. Winnipeg runs and administrates its own police force, which has taken steps to improve these often startling numbers.

Along with the $3.5 million purchase of a police helicopter, which, according to the police service, flew an average of 43.1 hours a month in 2012, the police have seen a significant increase in funds. The police response operating expenses are $27 million greater in the 2014 preliminary budgete than in 2012.

Since that time, the 2013 crime stats show that the city is getting seemingly safer, with a 13 per cent drop in violent crime, combined with a 17 per cent fall in property-related crimes. Candidates have proposed a variety of ideas, ranging from the expansion of a block-by-block strategy, to flying drones, to additional support and surveillance by the police.

However, in light of recent announcements around new potential policing strategies, no major candidates have come forward moving to combat the root causes of crime in our city. Colonialism, racism, and poverty all lead to marginalization in our society – certainly not an easy topic to tackle in the age of Twitter and 30-second news sound bites.

Keep an eye out for any candidates speaking to the true root causes, rather than focusing on a tough-on-crime approach that simply seeks to increase police on the ground and eyes in the sky.

Since the 1950s, Winnipeg has consistently grappled with the need for a rapid transit system. We’ve discussed the potential for subways, monorails, and light rail. From all of this, a shattered consensus formed to advocate for a southwest transit way that would connect the downtown to the University of Manitoba Fort Garry campus.

Beginning in the late 2000s, after initially cancelling the program, Mayor Sam Katz emerged as somewhat of a champion of a bus rapid transit system, which has been partially constructed as a busway leading up to Pembina and Jubilee. Delays have led to the overall projected cost of finishing the project now rising to an estimated $590 million. Of that amount, the city would be on the hook for only $225 million, with the senior levels of government moving forward to cover the cost.

Despite the initial burst of hope, that the city might be able to finish a project that had been on the docket since the 1970s, it seems that the future of Winnipeg’s rapid transit is anything but a sure bet. Calls for a referendum on the continued construction of the leg have left the project with a weak level of public support. Combined with mayoral candidate Gord Steeves’ proposal to kill the plan entirely, it is quite possible that Winnipeg will continue to be the only Canadian city of our size without a functional rapid transit system.

As of this writing, no candidates for the mayoral office have presented the public with any form of a realistic or feasible plan to either finish the existing route or continue to expand the rapid transit network.

Finally, another aspect of the municipal election to watch is the sheer number of new faces popping up as candidates in this October’s race. Winnipeg is notable in that an incumbent mayor has not been defeated in a re-election bid since the 1950s. With Mayor Katz announcing in June that he would not seek re-election for a third term, the door was suddenly wide open, with mayoral contenders like Judy Wasylycia-Leis, Brian Bowman, Gord Steeves, Paula Havixbeck, and Robert-Falcon Ouellette putting their names forward.

While the mayoral race has garnered the vast majority of media attention, it is important to recognize that the mayor only has a single vote on council.

The number of open council seats and competitive races is also an intriguing aspect of the civic election. Like Katz, we have seen many prominent council members such as Dan Vandal (St. Boniface), Scott Fielding (St. James), Paula Havixbeck (Tuxedo-Charleswood), and Justin Swandel (St. Norbert) choose not to file for re-election in their ridings.

In addition to these wide open races, the city will likely see vigorous competition in the Daniel McIntyre ward, where challengers Cindy Gilroy-Price, Keith Bellamy, and John Cardoso are taking on the incumbent Harvey Smith. In Old Kildonan, incumbent Devi Sharma faces a tough challenge from school trustee Suzanne Hrynyk.

Of course, the names mentioned above only constitute a small number of the numerous candidates putting their name forward on Oct. 22. Watch for forums, new ideas, and chances to meet candidates to increase as the leaves begin to fall. As citizens, this is our chance to engage with those seeking to represent us.