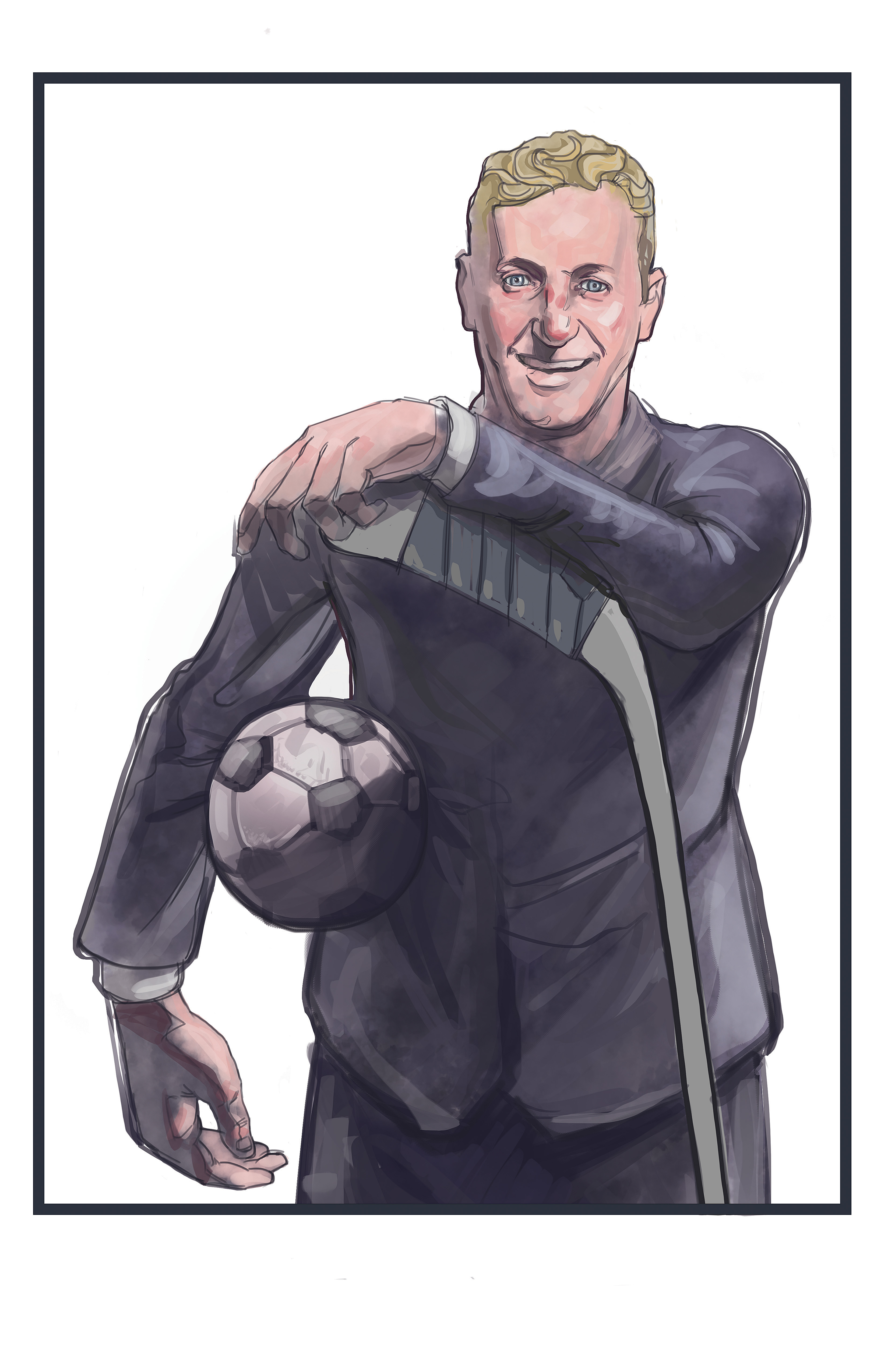 When Southampton F.C. of the English Premier League introduced their new chairman on March 12, few expected the new hire to be a Manitoba-born former NHL and international hockey coach with no professional soccer experience.

But Ralph Krueger is not your run-of-the-mill hockey coach. While his foray into English soccer has raised the eyebrows—and praise—of fans in both sports, the Steinbach-raised product has brought success almost everywhere he goes while gaining a reputation of being one of the most respected coaches in hockey, both on and off the ice.

While playing with the Assiniboine Park Monarchs of the Manitoba Junior Hockey League in 1977, the same year he graduated from St. John’s-Ravenscourt, Krueger decided to forego studying commerce at the University of Manitoba to play professional hockey in West Germany. After a season in the Western Hockey League mostly with the Calgary Wranglers, he made his debut with Düsseldorfer EG in 1979, playing alongside fellow Manitoban and former NHLer Bryan Lefley. Krueger played 12 years in the nation, which included representing West Germany in the 1981 and 1986 Ice Hockey World Championships.

After a brief return to Manitoba, Krueger went back to Europe in search of coaching opportunities. In 1991, he was hired by Austria’s VEU Feldkirch as head coach. His tenure ended with a dynasty, winning five straight national championships from 1994-1998, the final year accentuated by winning the 1998 Euro Hockey League, a short-lived Champions League for European hockey. During his time in Austria, he also became a motivational speaker and founded the company Teamlife. His 2001 book Teamlife: Beyond Setbacks to Success was a bestseller in German-speaking countries.

His success in Austria caught the eye of the Swiss Ice Hockey Federation and in 1998, he was hired to be the head coach of its fledgling national men’s team. The year before, the team did not qualify for the Ice Hockey World Championship, but the team stunningly upset Russia on their way to a fourth-place finish in the 1998 tournament. Two years later, they defeated Russia in St. Petersburg, but not before Krueger texted his players: Believe in the impossible, because the impossible is possible.

The Carolina Hurricanes hired Krueger as a scout in 2005, and he was a part of the organization when the team won a Stanley Cup a year later, but it was the Olympics that year which helped Krueger catch the NHL’s attention. The Swiss defeated both Canada and the Czech Republic in the tournament, and after he was relieved of his duties with the Swiss team in 2010, the Edmonton Oilers hired him as an associate coach. Two years later, he was promoted to head coach. In the lockout-shortened 2012-13 season, the Oilers finished with a 19-22-7 record, but he was fired last June.

On the same day of his firing, Krueger was contacted by Hockey Canada asking him to be a consultant for the men’s Olympic hockey team. His job was scouting European teams and helping Canada adjust to the larger international ice surface. He accepted, and helped Canada win the gold medal in Sochi.

In 2011, Krueger was named to the Switzerland-based World Economic Forum onto its New Models of Leadership Council. It was this credential, as well as his coaching accolades, which led Swiss-born Southampton chairwoman Katharina Liebherr to hire him as club president. In his introductory press conference, Krueger stated that he would be hands-off regarding on-field decisions and expand on the team’s brand in North America. Three days later, he was on hand to watch his team defeat Norwich 4-2. The Saints are currently ninth in the Premier League, which is on track for their best season in seven years.

It is hard to say whether Krueger will be just as successful in soccer as he was in hockey, but his leadership skills may serve his new team well on the pitch. Can a hockey coach lead Southampton to further heights in the Premier League?

Perhaps the impossible really is possible.