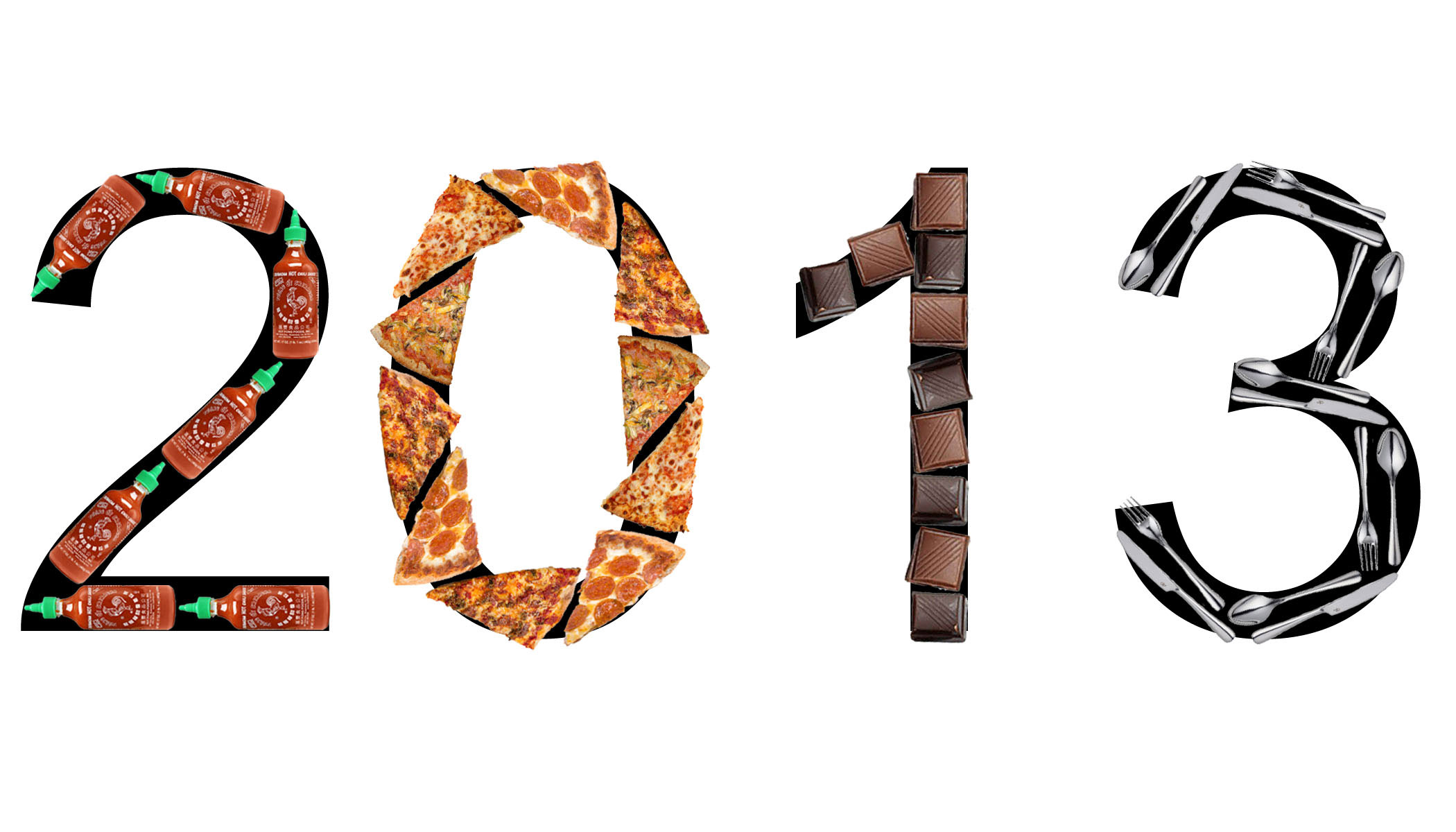 In 2013, food was out of this world. From Chris Hadfield’s space kitchen to the Sriracha sauce scare, here are the headlines that caught our attention and some predictions for the year to come.

In true Winnipeg fashion, RAW: Gallery and deer + almond collaborated to host a pop-up 20-seat restaurant on the frozen junction of the Red and Assiniboine River. The diners paid $85 each to sit bundled in their winter gear and enjoy food at a communal table. The river restaurant reopens on Jan. 24, 2014.

In one video, a chocolate pudding cake floats its way into Hadfield’s mouth before he drinks some vacuum-packed hot coffee with a straw. Other meals included a peanut butter and honey tortilla, and rehydrated spinach. His first video has over one million views.

A cookbook you can eat – March

If making the recipes in a cookbook wasn’t enough for you, the edible cookbook by German design firm Korefe is now on the market. The book is made of pasta, and can be layered in lasagna and eaten right up.

Farmer’s market shopping at the click of a mouse – July

Purchasing local foods became more convenient this summer when local business My Farmers’ Market Inc. drove up to the scene. Through the website shoppers can add items from local farmers and businesses to a virtual checkout with same-day delivery. In addition to produce, the site offers a selection of locally made health and beauty items, bakery goods, and pet food.

A live audience in London was given the chance to witness the tasting of the first cultured beef burger. The burger, produced by a team at Maastricht University, was developed by harvesting and feeding muscle cells from a cow.

Cultured Beef is proposed as a more sustainable alternative meat compared to traditional livestock farming methods. The group suggests that the burger could solve a growing demand for meat.

Popular Sriracha sauce sold by Huy Fong Foods Inc. was the subject of citywide complaints in 2013. The chili and garlic sauce produced at their Irwindale, Calif. factory was reportedly releasing strong odors. Residents complained of side effects including “burning eyes, irritated throats, and headaches.”

City lawyers sued the company, proposing production be halted to reduce the smell until further steps could be taken. The original ruling was for the plant to shut down odor-causing operations, but since the smelliest phase was over by this time, the plant was allowed continued production.

The takeaway? You have most of 2014 to stockpile your Sriracha.

FDA encourages fading out antibiotic use in farm animals – December

The FDA will begin the process by encouraging pharmaceutical companies to voluntarily change the usage regulations on antibiotics, removing “growth enhancement and feed efficiency indications from the approved uses.”

With labelling modifications, farmers will have stricter guidelines for the use of antibiotics in food-producing animals, such as for the treatment and prevention of disease.

Vegan Friendly—an Israeli site promoting all aspects of vegan living—campaigned on Facebook for vegan pizza in Israel. Domino’s acquiesced with the sale of their first-ever vegan pizza, available worldwide.

Keizo Shimamoto sees buns differently. Instead of the traditional flour-based hamburger bun, he invented a burger held together with fried ramen noodles. The burger debuted at a New York food market called Smorgasburg, and has since spread to California.

Dominique Ansel Bakery in New York appealed to the world’s love of doughnuts and pastries with the creation of the Cronut, a part-doughnut, part-croissant hybrid. The Cronut—which can take up to three days to make—was so popular that bakers around the world have since created their own versions.

Millet is a high protein and magnesium gluten-free grain. With the current popularity of quinoa, the demand for gluten-free food options for those with Celiac disease, and the popularity of the gluten-free diet, millet is bound to make moves in 2014.

Fermentation is an age-old chemical process of food preservation (think sourdough, yogurt, kombucha) and is re-popularizing within foodie circles. Winnipeg-based Edible Alchemy currently holds fermentation workshops that have been growing in size and popularity since their start one year ago. We can safely predict 2014 will be the year fermentation explodes.

Avocado oil may be little known today, but its high smoke point predicts that in 2014 this oil will be smoking hot. In a nutshell, the smoke point of an oil is the temperature at which the fat breaks down and starts to produce smoke. Use avocado oil in stir-frys or sautées.