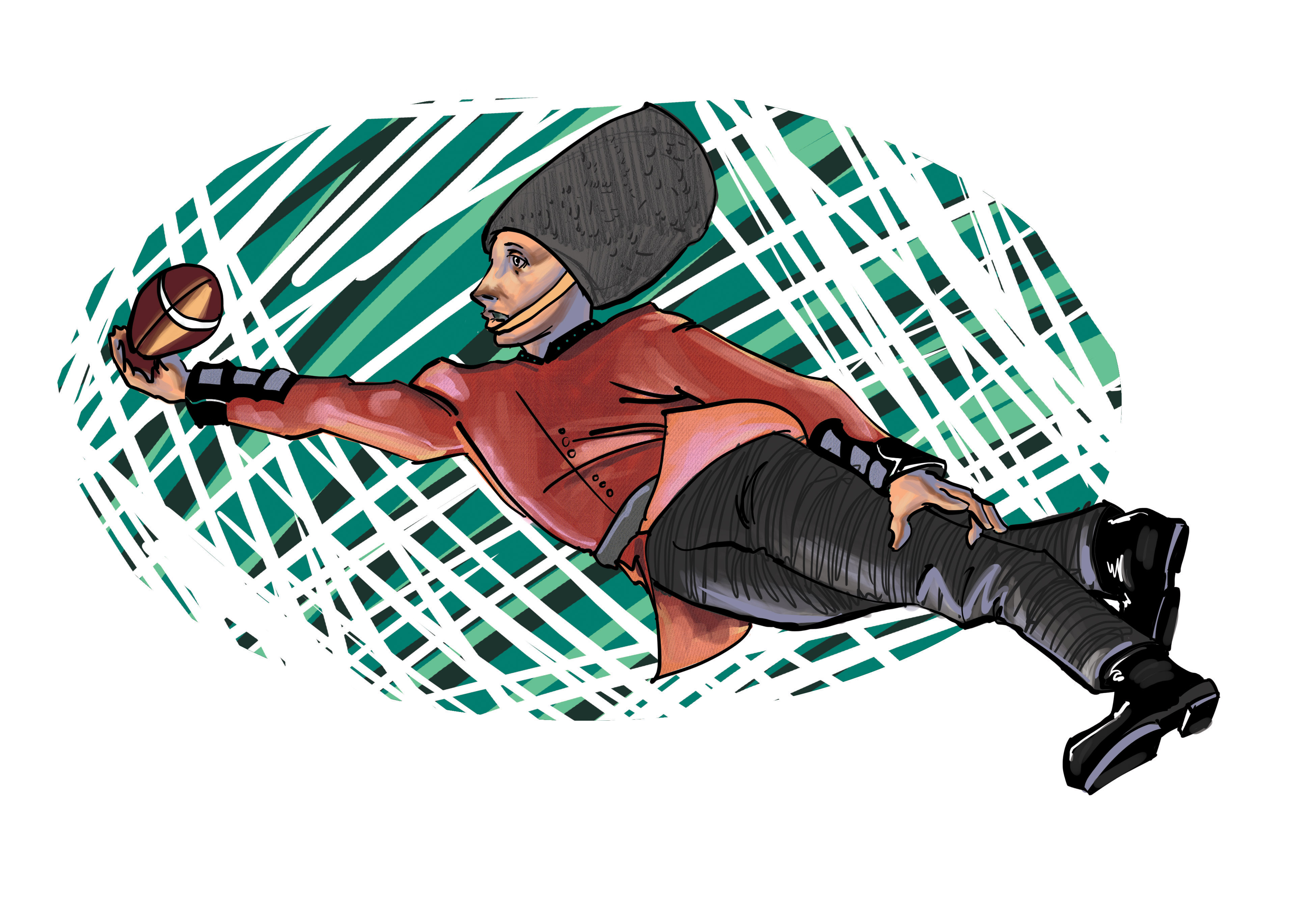 On Oct. 27, the Jacksonville Jaguars played at home against the reigning NFC champions, the San Francisco 49ers.

“Home” being a hollow term.

Despite being named the home team, the Jaguars actually played 6,875 km away from Jacksonville at London’s Wembley Stadium. It was the first of four Jaguar “home” games to be played in the British capital, one each season through 2016. It was also the second time this season an NFL game was played in London; the Minnesota Vikings defeated the Pittsburgh Steelers 34-27 at Wembley on Sept. 29.

The NFL has tried to expand its fan base outside North America since the 1980s with pre-season games in England, Japan, and Germany. The first NFL regular-season game outside of the U.S. was held in 2005 in Mexico City.

Since 2007, the NFL launched the International Series, which includes one NFL regular-season game per team per season to be held in London in order to expand interest in the league overseas. Every game in London, except in 2011, exceeded 80,000 spectators in attendance. Due to these figures, the NFL added an extra game this season and will play three games in London in 2014.

CBS Sports’ Jason La Canfora, in an article last year, wrote that the NFL has discussed the possibility of a permanent NFL franchise in London and according to a source who attended a league meeting, “It didn’t sound like an ‘if,’ we took it as a ‘when.’” While expansion is a possibility, the Jacksonville Jaguars are the prime prospects for relocation across the pond due to stadium and attendance concerns. Their owner, Shahid Khan, is also owner of English Premier League soccer club Fulham.

While the games in London have been successful, and according to the NFL, there has been a 30 per cent increase in “avid fans” since 2011, it may still be a novelty and there are still many obstacles for the league going eastward.

The NFL once had a developmental league in Europe, NFL Europe, which existed from 1991 to 2007. When the league folded, there was no team in the U.K. and five of the six teams in the league were in Germany. Despite the NFL’s best efforts, American football is still not a global sport and very few of its players were born outside of the U.S., let alone North America. Two U.K.-born players are Atlanta defensive end Osi Umenyiora and Tampa Bay kicker Lawrence Tynes.

If a team is to be placed in London, support from the NFL Players Association isn’t exactly unanimous. ESPN’s Kristi Dosh listed other issues in a recent article such as the higher British tax rate, visa issues (especially for players with criminal records), and labour laws concerning the NFL Draft. Unlike the league, the European Union has no age restrictions on clubs signing athletes.

While the NFL tries to expand its global reach, Los Angeles may be a safer option to place a team. However, the city needs a new stadium in order for that to happen.

For NFL commissioner Roger Goodell, London is the future of the league and it may adopt the Union Jack sooner than later.