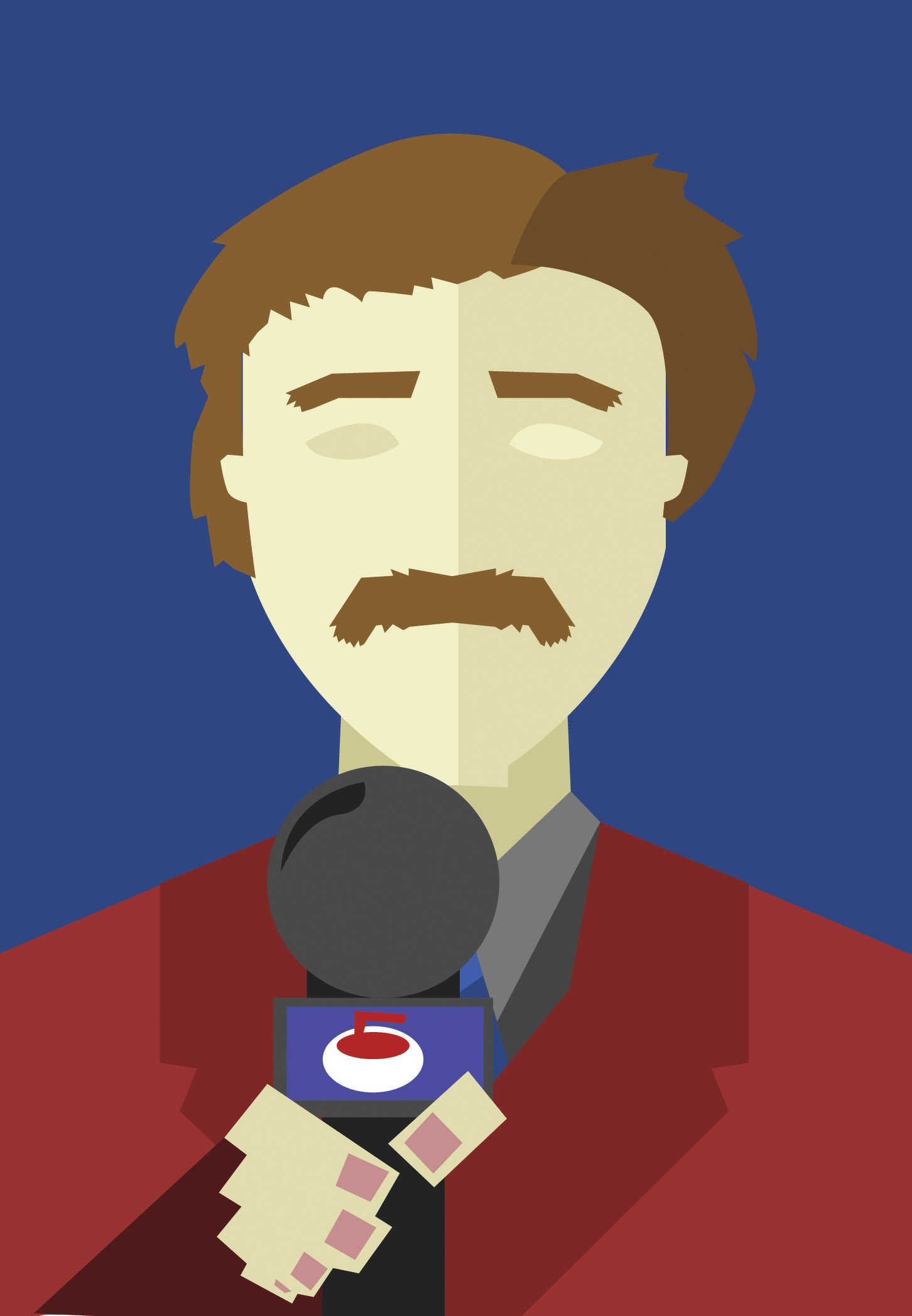 Don’t act like you’re not impressed by the amount of talent on display at the 2013 Tim Hortons Roar of the Rings hosted at the MTS Centre Dec. 1-8. The competition includes several former national champions and Olympic medalists all vying to represent Canada at the 2014 Sochi Olympic Games.

Many curling fans consider the Canadian Olympic Curling Trials to be more difficult than the Olympic competitions proper. The event is so prestigious that Ron Burgundy himself is bringing his legendary anchorman presence to help commentate the opening day draws with TSN.

A Manitoban team has never represented Canada at the Olympic Games, but four teams are trying to use the hometown crowd to their advantage.

Jeff Stoughton’s team consists of Jon Mead, Reid Carruthers, and 2006 Olympic champion Mark Nichols. They are the number-one team on the World Curling Tour’s (WCT) Order of Merit, and won a WCT event in Saskatoon last September. After coming up short in the 2005 and 2009 qualifying trials, Stoughton’s team may finally break through in Winnipeg.

Four years ago, Jennifer Jones’ team was considered the favourite to conquer, but stumbled to only two wins. With returnees Jill Officer, Dawn McEwen, and Kaitlyn Lawes, this team is now number one on the WCT’s money list and the Order of Merit. They are also top in the Canadian Curling Association rankings. However, in its current form, the team has never won any major national tournaments.

Mike McEwen has skipped one of the most successful teams on the WCT over the past few years. Unfortunately, his squad with Matt Wozniak, and brothers B.J. and Denni Neufeld, have failed to win a provincial championship and remain in Stoughton’s shadow.

Meanwhile, Chelsea Carey’s squad with Kristy McDonald, Kristen Foster, and Lindsay Titheridge are off to a poor start this season despite having been a top-ten nationally ranked team last season. Similar to McEwen’s team, Carey’s is in the shadow of Jones. For both teams, this may be the week they step out.

The competition facing the four Manitoba teams is enormous.

For the men, 2010 Olympic gold medalists Kevin Martin and John Morris are both skipping teams. Former world champions Glenn Howard and Kevin Koe, as well as the reigning Brier champion Brad Jacobs, and Ontario’s John Epping, round out the field of challenge.

For the women, the previous two Scotties championship teams skipped by Rachel Homan and Heather Nedohin will both be trying to qualify for Sochi. So will Stefanie Lawton’s team—ranked 3rd last season by the  CCA —and Sherry Middaugh – who brings both a team as well as a wealth of experience. Albertan qualifiers Renée Sonnenberg and Val Sweeting will also skip their teams in Winnipeg.

Whoever wears Canada’s colours in Sochi’s Ice Cube Curling Center will bear the weight of a nation that has medalled at every Olympic curling tournament since 1998.

The men will try to make it three straight gold medals after Brad Gushue in 2006 and Martin in 2010. The women meanwhile need to break an Olympic gold medal drought. The only gold Canada’s women won was in Nagano in 1998 by the late Sandra Schmirler.

Single tickets to the Tim Hortons Roar of the Rings are still available. The entire event will air on TSN and TSN2.  As mentioned above, Will Ferrell (as Ron Burgundy) will be pitching in on Dec. 1 for what will surely be a very classy evening of curling in Winnipeg.

Live at the Roslyn promotes local musicians through Facebook Live

The ladies of the rock