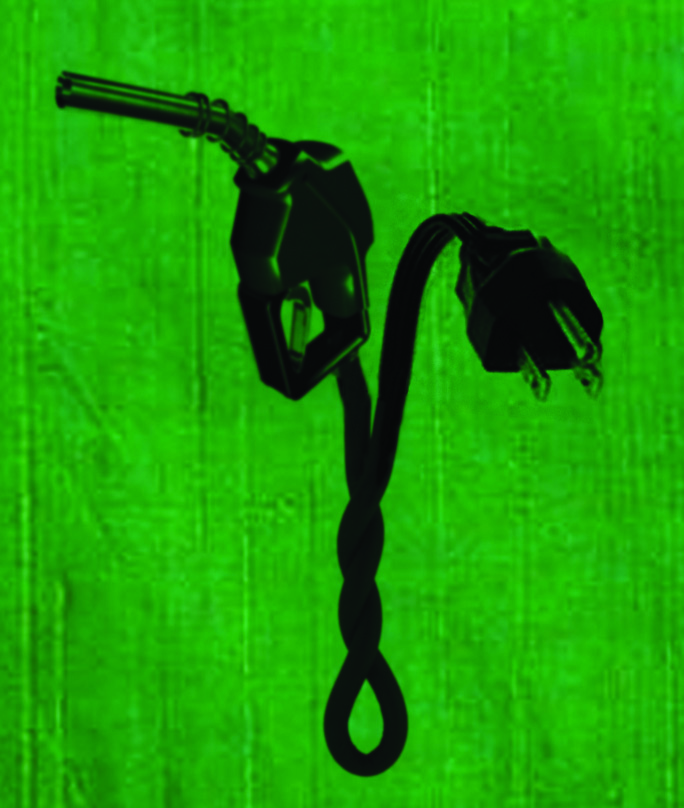 According to Natural Resources Canada, the sector producing the most greenhouse gases (GHG) is transportation, accounting for 37 per cent of all emissions. This is even more than industry, which accounts for 32 per cent.

At the 2010 Behavior, Energy and Climate Change Conference, Meredith Herr estimated that of the typical U.S. consumer’s impact on the environment, 38 per cent of it comes from transportation. 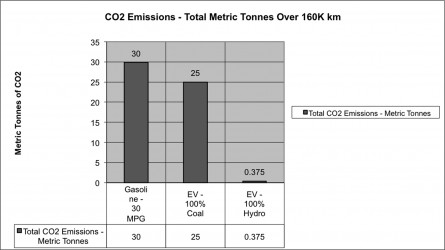 On the other hand, electric vehicles (EVs) produce only a fraction of the emissions that internal combustion engine (ICE) vehicles do. Of course, these are indirect emissions, just like your cell phone. The calculation is more difficult, because electricity produced by different electrical methods produces different levels of CO2.

Over 98 per cent of Manitoba’s electricity is produced by renewable technologies, such as hydro or wind power. From a CO2 standpoint, both are very clean technologies. According to studies by Luc Gagnon at Hydro-Quebec, when creating a kilowatt hour (kWh) of electricity with hydropower, only 15 grams of CO2 are produced. By comparison, with wind power only nine grams of CO2 are created.

The most popular strictly battery-reliant electric vehicles (BEV) for sale in Canada right now are the Nissan Leaf and the Mitsubishi MiEV. The MiEV has a 16 kWh lithium-ion battery, and has a range of at least 100 km. This works out to an average of 6.3 kilometres per kWh.

The Leaf has a 24 kWh battery and a range of 160 kms, according to Nissan, which works out to 6.7 kilometres per kWh.

Assuming the vehicles only get, on average, 6.4 kilometres per kWh to cover the same 160,000 kilometres, 25,000 kWhs of electricity will be required to travel the same distance. The corresponding CO2 for these vehicles charged with hydroelectricity will be only 375 kgs, which is less than half a metric tonne. Compared to the almost 30 metric tonnes that the ICE vehicle produces, the electric vehicle running on hydroelectricity is about 80 times cleaner!

Even if all the electricity was produced using 100 per cent coal, the ICE vehicle—getting 13 kilometres per litre (kml)—will still be dirtier than the EV. The ICE vehicle will still produce about 30 metric tonnes of CO2, while the EV will only produce 25 metric tonnes. Of course, if the ICE vehicle gets worse gas mileage (say, only 15.7 kml) the CO2 emissions will be far worse.

What is not discussed much is the indirect emissions and energy costs of gasoline, also known as the “long tailpipe.” It takes a certain amount of energy in the forms of electricity and fossil fuels to drill for, ship, and refine crude oil into one gallon of gasoline. After refining, there are also energy costs required to transport, store, and pump the gasoline to the consumer.

From an emissions standpoint, electric vehicles have a number of advantages over internal combustion engine vehicles. EVs pollute orders of magnitude less to that of ICE vehicles and, from an energy standpoint, EVs are not only very efficient; they are several times more efficient than ICE vehicles.

Be sure to check out next week’s issue to read part two: electric vehicle technology.

Rodger Lepinsky is a UofM alumni, and a member of the Manitoba Electric Vehicle Association: http://manitobaev.ca