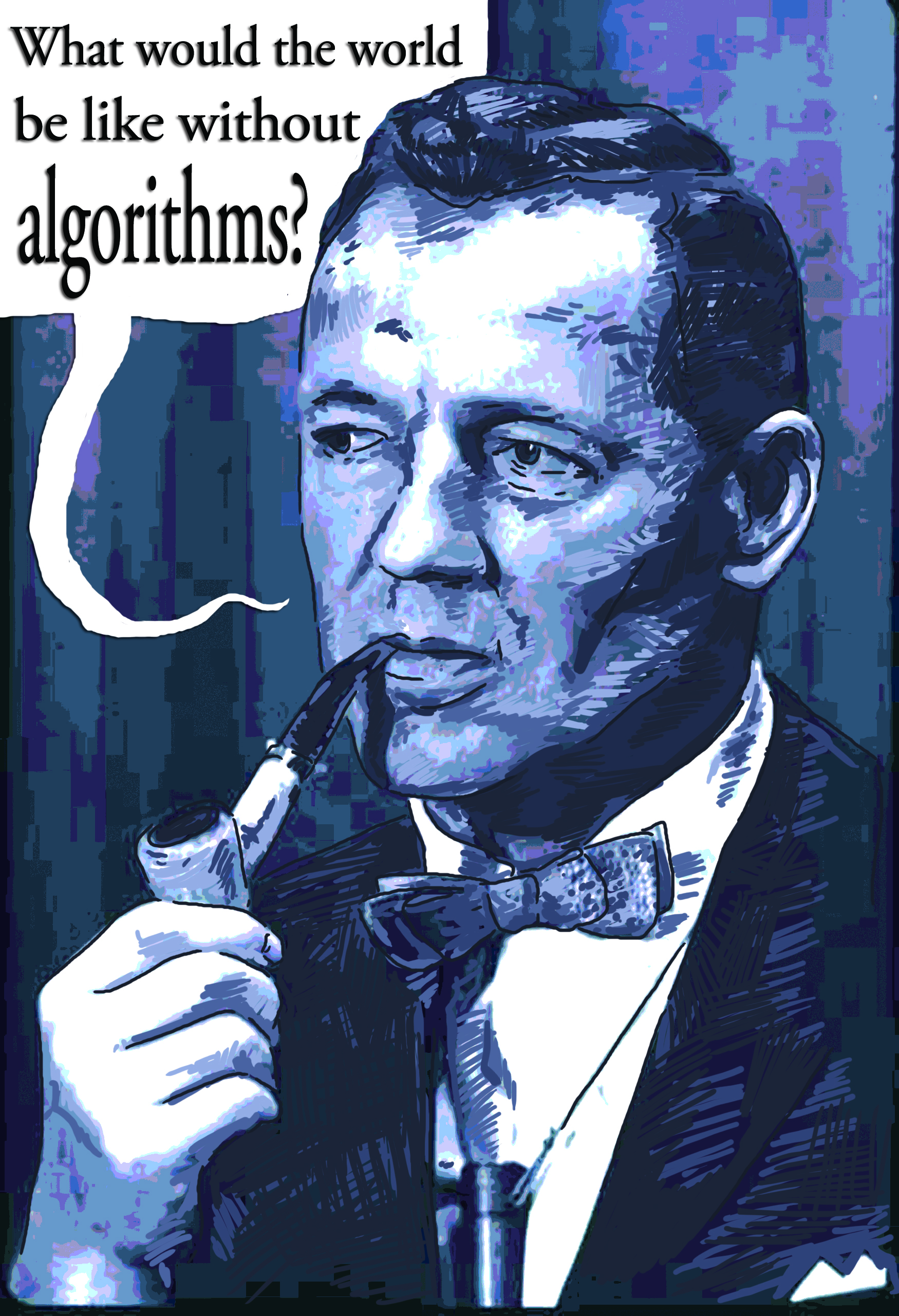 You are sitting at home, trying to finish up the last little bit of math homework you have to hand in the next day, suddenly you are stuck on a problem. You can’t figure it out, no matter what you try. What do you do? Maybe you try checking your notes, or your textbook, or even try Googling the problem. You finally find an example very similar to the question you are stuck on. It even breaks down how to solve the problem. You then take those instructions, apply them to your math problem, and success! You have solved the problem and are probably going to get an “A” on your homework. What you may not know, however, is that the process you just used to solve your problem made use of something called an “algorithm.”

What is an algorithm?
An algorithm is a step-by-step process used to solve a problem. Algorithms are very handy things, we use them every day. In the above example, you used an algorithm to help you solve that tricky math problem, but algorithms are not just for math class. Think about it: even when you do something as mundane as wake up in the morning, you use an algorithm. Wake up, shut off alarm, check phone for texts and emails, have a shower, brush your teeth, get dressed, make yourself look ready for the day, then off you go. Even though that may not be exactly what you personally do in the morning, it is probably quite similar. This wake up routine that you go through is a step-by-step set of instructions that you use every day, and is, in essence, an algorithm! There are some things that use algorithms more than others, however. For instance, anyone that uses a computer has used an algorithm before. Downloading and installing a program such as Firefox or Microsoft Word goes through an algorithm that is built in to your computer, just so you can run the program when you need it.

Computers are algorithmic machines
When a computer runs any process, such as opening a file, running a program, or searching for a name, it runs an algorithm. Computer scientists create and use these algorithms when writing the programs that make your computer function. Algorithms that are already made are used daily by programmers to make it so that your computer works exactly the way you want it to, and are improved in order to make it run better.

Let’s consider a computer scientist making up a web browser: there exist algorithms for things like how to look up a webpage after it has been inputted, so the programmer doesn’t need to make these things up. The programmer just uses the algorithm that already exists, maybe improves it slightly, and saves both the company and themself valuable time and money. And who doesn’t want to save themselves time and money?

Algorithms for the Everyday Person
You may be thinking to yourself: “I’m not a programmer, so I don’t use algorithms.” That isn’t true. Everyone uses algorithms, and everyone uses objects that use algorithms. They may not even realize it. If you have ever done a Sudoku you have used an algorithm. In a game of hold-em poker, you use the algorithm of playing the game. You shuffle, then deal, and then make bets, the dealer gives you the flop, you go through the betting process again, the dealer gives you the turn, you bet before the dealer gives the river, finally the last card is flipped, the last bets are made and there’s a showdown. Obviously, there are more steps than this, but if you boil poker down to its roots, it is just a set of instructions.

How do algorithms affect me?
With the loose definition of an algorithm being “a step-by-step problem-solving process,” the little things we take for granted wouldn’t exist without algorithms! Without algorithms, that math problem you were doing wouldn’t have a solution. Just try getting an A on your homework when there is no way of doing any of the questions. Even getting up in the morning would be a hazard.
Without an algorithm to explain how to do my morning routine, I would get dressed before my shower, and that would be pointless — not to mention inconvenient. Algorithms are important to everything and everyone, and without them, the world would be unable to function. And who wants a world that just stands still?